By Fiona Watson, Director of Research and Advocacy at Survival International
This article originally appeared on Survival’s blog 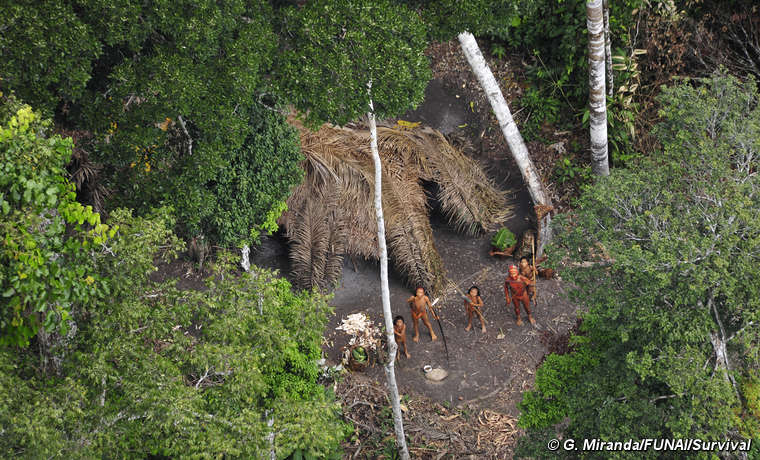 There are over 100 uncontacted tribes in Brazil.
© G. Miranda/FUNAI/Survival

Ricardo Lopes Dias is linked to the New Tribes Mission (NTM), one of the largest and most extreme missionary organizations, whose objective is to contact and evangelize uncontacted tribes around the world at whatever cost, whether they like it or not.
In an audio recording just released, the son of the president of the NTM in Brazil explains that the organization lobbied for Lopes Dias’s appointment.
Public prosecutors have gone to court asking for the suspension of Lopes Dias’s appointment because it poses a real “risk of ethnocide and genocide” for uncontacted tribes. Indigenous organizations and experts in Brazil are also highly critical of the appointment. Joênia Wapixana, Brazil’s first indigenous woman Deputy in Congress said: “Uncontacted indigenous peoples need protection and not this colonization process again.”

The controversial appointment of Lopes Dias effectively signs a death warrant for the majority of the world’s uncontacted tribes, who live in Brazil’s Amazon. Numbering over 100 separate groups, many are on the run in a bid to avoid contact with those intent on plundering and grabbing their lands. These highly vulnerable people have no resistance to common diseases introduced by outsiders, and history has shown that entire tribes can be wiped out following first contact. They have made it clear that they do not want contact, and international law protects them from forced contact.
After a series of disastrous contacts in the 1970s and 80s, Brazil’s policy for over 30 years has been not to initiate contact with isolated peoples, for their own safety. Sydney Possuelo, former head of FUNAI’s uncontacted tribes unit, led many first contact expeditions. He explains: “I believed it’d be possible to make contact with no pain or deaths. I prepared everything… I set up a system with doctors and nurses. I stocked up with medicines to combat the epidemics which always follow. I had vehicles, a helicopter, radios and experienced personnel. ‘I won’t let a single Indian die,’ I thought. And the contact came, the diseases arrived, the Indians died.”

The NTM is to reverse this landmark policy. Its president in Brazil, Edward Luz, told the BBC that missionaries should be free to act in any indigenous villages, including contacting uncontacted communities and that: “There has to be a policy of approaching these peoples.”
Established in 1943, the NTM’s founders declared: “By unflinching determination we hazard our lives and gamble all for Christ until we have reached the last tribe regardless of where that tribe might be.” Its headquarters are in the USA, where it raises large sums of money to fund its global empire. It recently rebranded as “Ethnos360”, presumably in an attempt clean up its tarnished image.
Its track record of converting uncontacted tribes is a grim tale of death, disease and social breakdown, the impacts of which are still felt by many indigenous people today. One of its most notorious and shameful contacts took place in Paraguay in the 1970s and 80s during the Stroessner dictatorship, when the NTM organized brutal “manhunts” to capture uncontacted, nomadic Ayoreo-Totobiegosode — ‌‌the‌ ‌“people‌ ‌from‌ ‌the‌ ‌place‌ ‌of‌ ‌the‌ ‌wild‌ ‌pigs‌”.
The Ayoreo were brought out of the forests against their will, herded into gruesome camps, forced into servitude and dependence on the missionaries, and terrorized into renouncing their own beliefs. Some Ayoreo died within days of these forced contacts from diseases to which they had no immunity, and shock.
Others later succumbed to illnesses which still blight them today. Chagabi, ‌an Ayoreo leader, told Survival‌: “They‌ ‌thought‌ ‌that‌ ‌by‌ ‌forcing‌ ‌us‌ ‌out‌ ‌of‌ ‌the‌ ‌forest,‌ ‌we‌ ‌could‌ ‌be‌ ‌saved.‌ ‌This‌ ‌was‌ ‌not‌ ‌what‌ ‌we‌ ‌wanted.‌ ‌After‌ ‌that,‌ ‌many‌ ‌Ayoreo-Totobiegosode‌ ‌died‌ ‌of‌ ‌diseases,‌ ‌respiratory‌ ‌problems,‌ ‌tuberculosis.”‌ 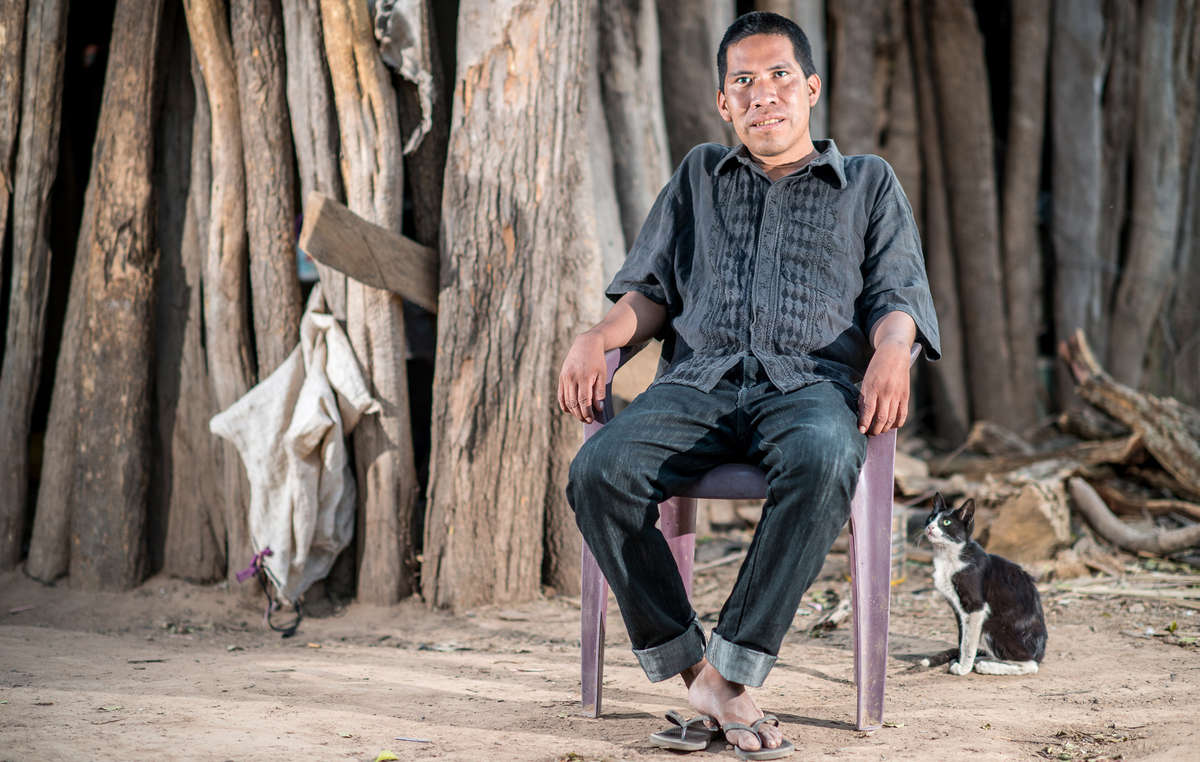 Chagabi worked for decades alongside his people to defend their ancestral land and uncontacted relatives. He died in 2019 from a respiratory disease he caught as a result of contact.
© Gerald Henzinger/Survival

Since contact the government has handed out most of the Ayoreo’s forest to ranchers, a crime enabled by the NTM’s forcibly contacting and removing them from their land.
For decades, evangelical missionaries like the NTM have operated in complicity with governments, willingly contributing to their neo-colonial attempts to undermine indigenous peoples’ collective rights and integrate them into national society by forcibly re-settling them, destroying their identity and creating dependency. According to Dinaman, a Tuxá Indian from Brazil: “They don’t only want to evangelize; they want to bring communities into the urban environment and free up our lands to plant soya, mine and rear cattle.”
NTM missionaries rarely if ever speak out against human rights violations, or use their undoubted influence with governments to stop the theft of tribal peoples’ resources.
Often operating under the radar, evangelical sects have set up virtual fiefdoms in remote regions of the world where there is little or no oversight from the authorities, so they are accountable to nobody.
Their drive to forcibly convert people to their brand of Christianity is not only arrogant, but appallingly reckless. In 1987, the NTM secretly contacted the Zo’é tribe in northern Brazil. Soon after, many fell ill from flu and malaria to which they had no immunity, and the tribe lost about one quarter of its original population to these diseases between 1982 and 1988.
FUNAI eventually expelled the missionaries from the tribe’s land in 1991, but characteristically the NTM did not give up. Two people linked to the NTM established a small base outside the territory and enticed some Zo’é to settle there. In 2015 public prosecutors brought a case against them, accusing them of using Zo’é to collect Brazil nuts and keeping them in shocking conditions “analogous to slavery”.
Evangelicals generally have no truck with peoples who live collectively off their lands and who do not measure wealth and happiness by the amount of material goods they possess. Indeed, one of their first moves is to break up communal living based on sharing and reciprocity. This progressively undermines social cohesion and weakens resistance by depoliticising communities into accepting the status quo, however bad, and to focus on conversion and the afterlife.
Instilling fear and guilt is an essential component of the unequal relationship between many evangelical missionaries and recently contacted tribal peoples, who are rarely in a position to make free and informed choices about whether to accept the missionaries and their religion or not.

Arriving uninvited in remote tribal communities, bristling with expensive technology (two-way radios, satellite phones, outboard motors, light aircraft,) and armed with merchandise and medicines they are perceived as powerful and wealthy and there to help.
The writer Norman Lewis describes how some extremist evangelicals created desire and ultimately dependence on the goods and medicines they initially hand out with largesse, and then withhold in order to exchange them for poorly paid or unpaid manual labour (building airstrips, tending the missionaries’ gardens and cleaning their houses and schools).

Yanomami spokesman Davi Kopenawa recounts in the “The Falling Sky” how his community was forced to build an airstrip in the forest for the NTM’s planes: “Our fathers really toiled away to clear this landing strip… it was a sad sight to see them felling tall trees with axes under the blazing sun for days on end… As soon as a man stopped to take a little rest, he [the missionary] angrily yelled: “Get back to work! Don’t sit there doing nothing! If you don’t work you won’t get anything!” He excoriates the NTM missionaries who constantly hectored the Yanomami: “Don’t chew tobacco leaves. It is a sin, your mouth will be burned by it. Don’t inhale yakoana [hallucinogenic] powder, your chest will become black with sin.”
At the same time one of these missionaries, who had already got a young married woman pregnant, started to sleep with a Yanomami girl. “I was furious that he still claimed to be part of the people of Teosi! [God]” says Davi. “He tricked us with all his lies.” The NTM’s response was simply to dismiss the missionary, who later got work with FUNAI.
By controlling and even withdrawing access to medicines and goods, the missionaries manipulate needs and desires, and favour certain individuals over others to create divisions and ultimately hierarchies among communities, where converts hold power and money in a patron-client relationship.
Twice as many evangelicals voted for Bolsonaro than for his nearest rival in last October’s presidential elections. Presumably many were encouraged by his statement: “God above everything. There is no such thing as a secular state. The state is Christian, and any minority that is against this has to change.”
The evangelicals are a significant and vocal block in congress, and some are in positions of considerable political power, such as Damares Alves, an evangelical pastor who Bolsonaro appointed as Minister of Women, Family and Human Rights. Following Bolsonaro’s election she made no secret of her view that the moment had arrived for “the church to govern” and questioned Brazil’s policy of not forcing contact with isolated tribes.
Alves is a founder of Atini, the NGO behind a controversial draft bill before Congress which, if approved, could give the state the power to remove indigenous children from their communities on the mere suspicion they may be at risk of practices it deems dangerous. Evangelical groups have a history of removing indigenous children from their communities under all sorts of pretexts, so it’s easy to see how this law could be manipulated by zealous missionaries to create a new “stolen generation,” like those of Aboriginal children forcibly removed from their families last century with such devastating consequences. 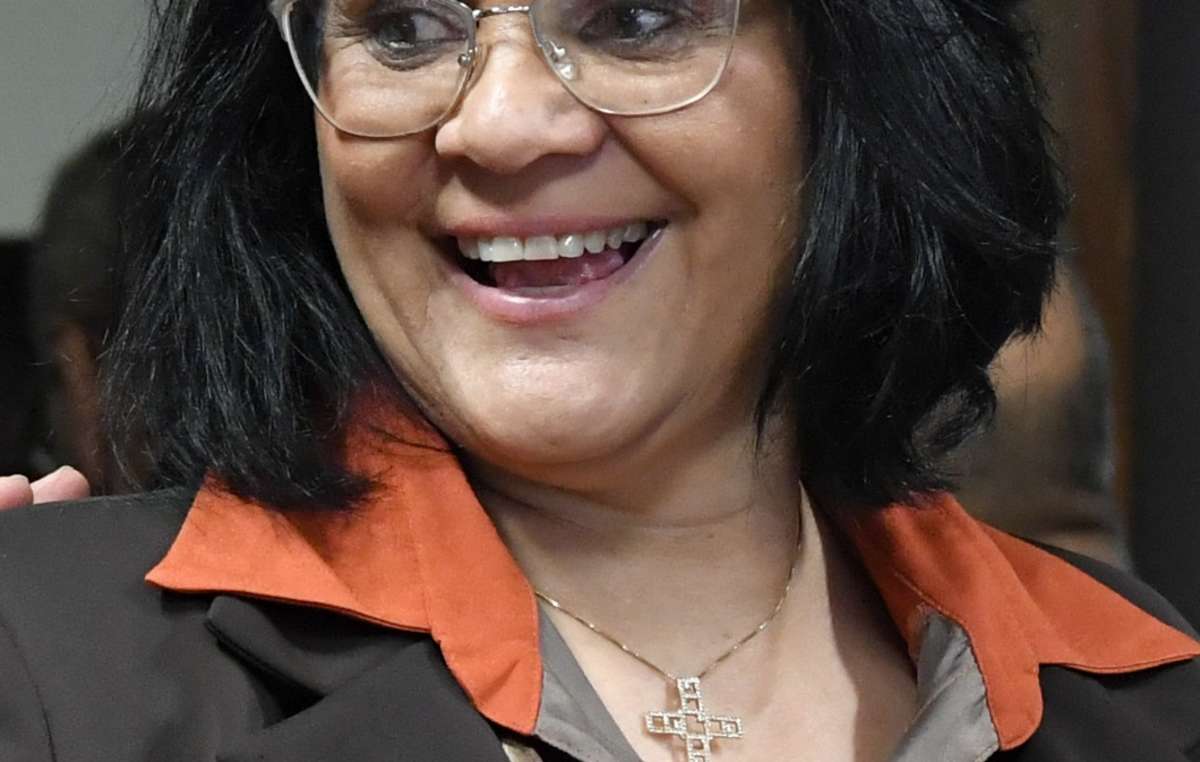 The advantage to governments like Bolsonaro’s in giving evangelical missionaries full rein is that they effectively carry out their agenda to undermine indigenous rights, often under a smokescreen of providing basic services to communities. The Presbyterian “Missão Evangélica Caiuá” which has strong links with the evangelical block in Brazil’s Congress has received millions of dollars from the state to provide health care to indigenous people, including the remote Yanomami tribe, some of whom are uncontacted.
Accommodating all religions should be part of any vibrant democracy, and Brazil’s constitution upholds indigenous peoples’ right to follow their own creeds. As with all indigenous peoples, uncontacted tribes’ belief systems are based on deep knowledge and reverence for the natural world, and as scientists are increasingly recognizing, these play a fundamental role in conserving the rainforests and other threatened biomes. Undermining tribal belief systems undermines the fight to mitigate against climate change.
However, alarmed at the growth of evangelical influence in Brazil, indigenous organizations and leaders launched a manifesto “More shamans, less intolerance” stating: “Today we are witnessing new crusades of intolerance, especially among Protestant missions. They align with the enemies of indigenous peoples to extract their souls… This colonial race still provokes today, perhaps as never before, a dispute for souls that hides power, money, control of territories and markets of souls.”
Having survived countless genocidal attacks for over five centuries, the stakes for uncontacted tribes could not be higher.
For their sake, Brazil’s policy of no-contact must be upheld and any attempt by evangelical extremists to subvert it called out and condemned.