There are more than one hundred uncontacted tribes around the world

Uncontacted tribes are Indigenous peoples who avoid all contact with outsiders. They’re not backward and primitive relics of a remote past, they are our contemporaries and a vitally important part of humankind’s diversity. Where their rights are respected, they continue to thrive. But their survival is under threat from violence, disease and racism. 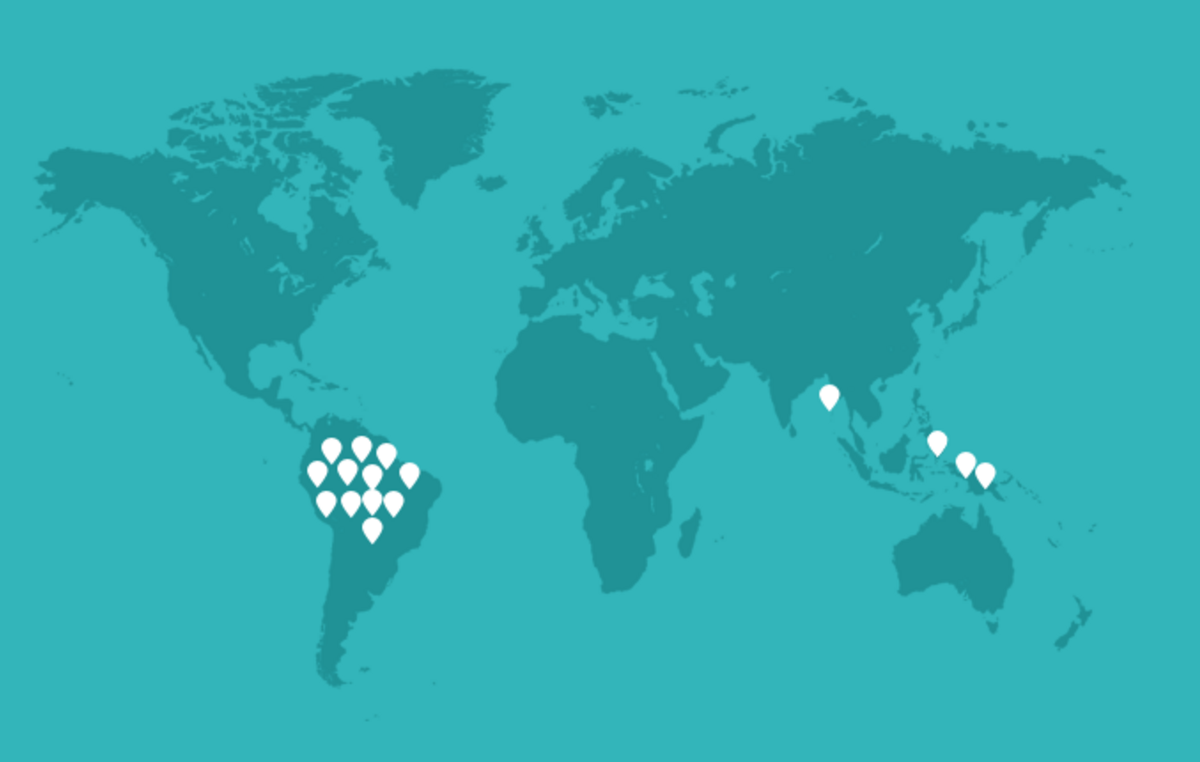 There are more than 100 uncontacted tribes around the world, from the Amazon to Indonesia, from the Indian Ocean to the Chaco forest. © Survival 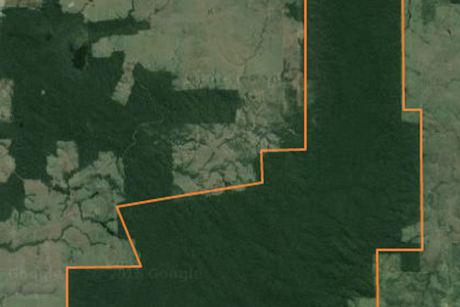 Tanaru Indigenous Territory, Brazil (home to the man known as "The last of his tribe" or "The man of the hole"© Survival International
Tribal peoples are the best guardians of the natural world, and evidence proves that tribal territories are the best barrier to deforestation. This image shows the land of an uncontacted tribe as an island of green forest in a sea of deforestation (the orange line is the territory’s border). It is home to the “Last of his Tribe”, a lone man who’s the last survivor of his people, who were probably massacred by cattle ranchers occupying their land.

The best way to prevent the destruction of the Amazon rainforest is to campaign for the land rights of uncontacted tribes.

Whole populations of uncontacted tribes are being wiped out by genocidal violence from outsiders who steal their land and resources, and by diseases like flu and measles to which they have no resistance. 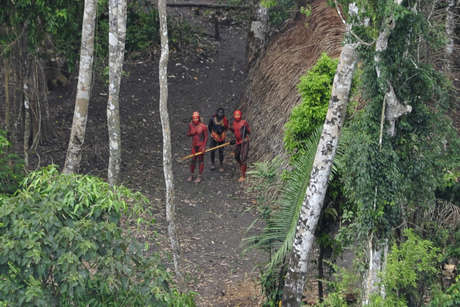 Uncontacted Indigenous people in Brazil seen from the air during a Brazilian government expedition in 2010. Men painted with red and black vegetable dye watch the Brazilian government plane.© G. Miranda/FUNAI/Survival
Uncontacted tribes have developed ways of life that are entirely self-sufficient and extraordinarily diverse. They add enormously to the richness of human life.

The uncontacted Awá in the Brazilian Amazon use the resin of the maçaranduba tree to make fire to light houses and to hunt at night. They are able to build a house in just a few hours – from lianas, leaves and tree trunks.

The uncontacted Kawahiva build intricate ladders up trees to collect honey from bees’ nests, and make traps to catch fish in the streams by their camps.

One uncontacted man known as “the Last of his Tribe“ would dig deep pits in which he'd place sharp spikes to capture game animals. He was found dead in August 2022 , and his death means the genocide of his people is complete. 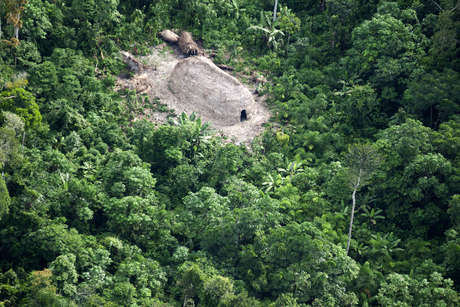 They have an acute understanding of their natural world through botanical and zoological wisdom, and demonstrate unique solutions to sustainable living. Many of the drugs used in Western medicine originate with tribal people, and have saved millions of lives. Uncontacted tribes are likely to hold the key to many more secrets of their forest.

Join the movement for uncontacted tribes


All uncontacted tribal peoples face catastrophe unless their land is protected. They’re resisting the invasion and destruction of their lands, and we're doing everything we can to secure their land for them, to ensure invaders are kept out, and to give them the chance to determine their own futures.

Explore critically urgent cases where uncontacted tribes are at imminent risk of destruction:

2.     Ayoreo, Paraguay: The last uncontacted tribe in South America outside the Amazon is holding out in an ever-shrinking island of forest, as bulldozers clearing land for cattle ranchers rapidly close in on them.

3.     Uncontacted tribes, Peru: After years of delay, the Peruvian government has still not signed into law several indigenous territories which uncontacted and recently-contacted tribes depend on for their survival.

What do we mean by uncontacted tribes?

Tribal peoples who avoid contact with outsiders. These could be entire peoples, or sub-groups of larger tribes who do have contact.

Does that mean they have no contact with anyone else at all?

No. Everyone has neighbors, even when they're some distance away, and they'll know who they are. If it's another tribe, perhaps also uncontacted, they may or may not have friendly relations with them.

In some cases, probably. Some may have come into contact with invading colonists, often loggers, ranchers or settlers, and then retreated from the violence which they brought. Some may once have been part of larger tribal groups, and split off and moved away, fleeing contact.

So they aren't necessarily living as they always did in the past?

Nobody is. Some Amazonian groups even had guns, from inter-tribal trading, before they’d ever met an outsider. Most uncontacted tribes have used some metal tools, which they have found, stolen or traded with their neighbours, for many years or even generations. Uncontacted peoples in India’s Andaman Islands use bits of metal from old shipwrecks, for example.

No - all peoples are changing all the time and always have done, including uncontacted tribes.

Aren’t we denying them the benefits of Western medicine?

No - Uncontacted tribes have unrivalled knowledge of their environment and medicinal plants, which they use to treat the diseases that are known to them. But contact almost always introduces new diseases, to which they have no immunity, and these are very likely to kill at least some of them, even when emergency medical help is provided.

If they knew about "our" way of life, surely they'd choose to join us?

The future offered by the settler society is almost always to "join" at the lowest possible level, often in abject poverty. History proves that tribal peoples usually end up in a far worse state after contact – if they survive at all.

They can't be “left alone” forever!

If the alternative is their destruction, why not? We oppose attempts by outsiders to contact uncontacted tribes. It's always fatal and initiating contact must be their choice alone. The solution is clear: Protect their land to allow them to live as they choose.