A video about Prince William’s recent conservation trip to Africa has been criticised for only including non-Africans’ perspectives on conservation and promoting a “white saviour” stereotype.

“This is a diagram of the new British Colonial paradigm. The kingdom of “conservation”. This is the only arena where the heir to the Throne can go around touring the colonies, and telling his subjects how they should be taking care of their own resources.

“HRH Prince William should not pontificate to us about wildlife trade while the UK is the world’s number one trader in ivory. Kenya banned ivory trade a full forty years before the UK. The Duke is most welcome to come visit as a tourist, but he should kindly let us conserve what is ours in the way that suits us best.”

The video was released on Twitter on October 11, 2018 by Kensington Palace.

How did William got to be in charge of our African wildlife? All our conservancies should be left to locals who are original owners of the Lands to manage.

Only one black person is shown speaking to camera in the film. While all the other contributors share their expertise on conservation, her contribution in the video relates only to the Prince’s leadership abilities.

The people interviewed in the video are:

Charlie Mayhew, CEO of Tusk, who comments on tackling the illegal wildlife trade and later also on Tusk’s work in Africa.

Dr Naomi Doak, Head of Conservation Programmes at The Royal Foundation, who discusses engaging the private sector in conservation efforts and later on how important the Prince’s contribution is to the people he met on his visit.

Dr Antony Lynam, Regional Training Director at SMART for the Wildlife Conservation Society, who talks about the Prince’s support for the use of SMART technology for conservation.

Finally, Patricia Kayaga, the only black interviewee featured in the video, is a student at the College of African Wildlife Management, which the Prince visited on his tour. 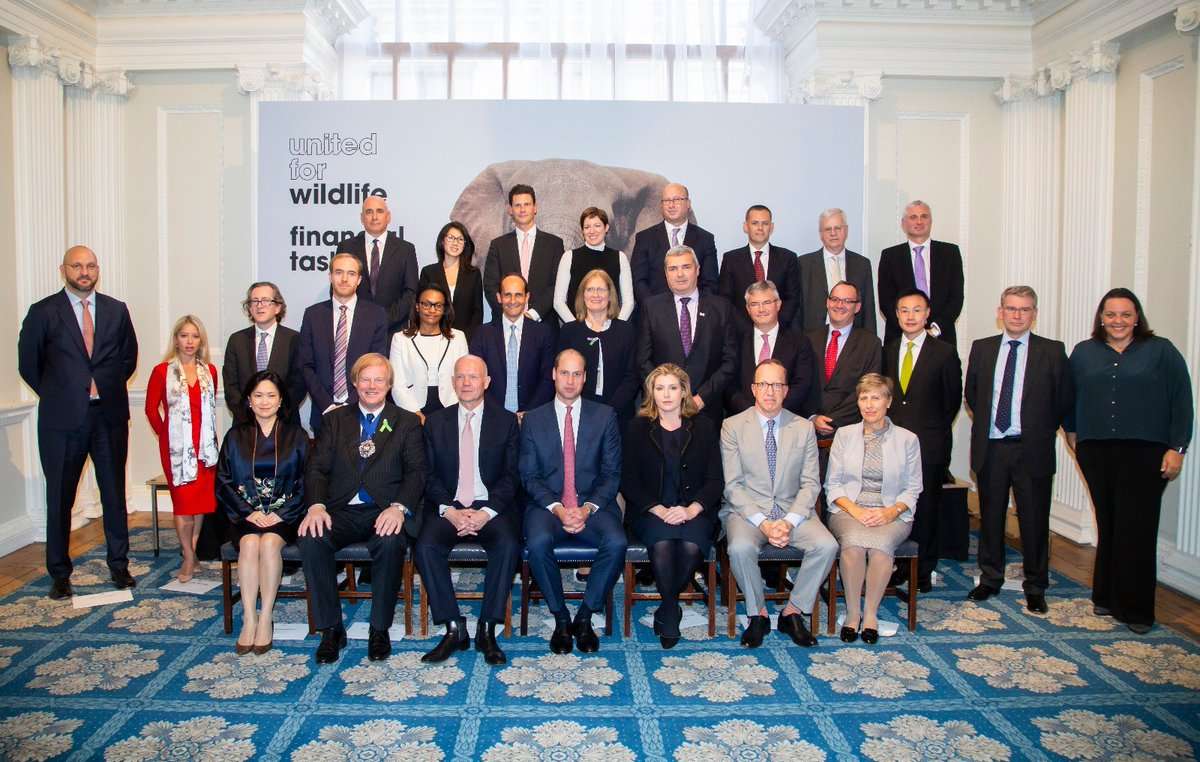 The sea of white faces in Prince William’s “financial task force for United for Wildlife” has also been criticized.
© Kensington Palace

Charles Nsonkali, a representative of a Baka indigenous community organization in Cameroon, earlier released an open letter to Prince William and Prince Harry which said: “Conservationists seem to think that outsiders are the only people who want to look after nature and can do it effectively but this makes no sense to me.”

Survival International has been highlighting the covert racism endemic in big conservation in an intensive social media campaign over several weeks in the run up to the Illegal Wildlife Trade Conference, taking place 11th-12th October in London. Its video comparing conservation to colonialism was released this week.

“It’s hard to think of a more extreme example of the “white saviour” mentality than this video. It amounts to racist propaganda in its promotion of white people as the saviours of Africa. Non-Africans are presented in the film as the real experts on conservation, while the locals are not seen as having anything worthwhile to contribute other than their grateful thanks. The attitudes behind it are chronically outdated, and will destroy conservation if they don’t change; it is the local people who understand their environment and its wildlife better than anybody else and the conservation movement should not only listen to them, but take its lead from them.”