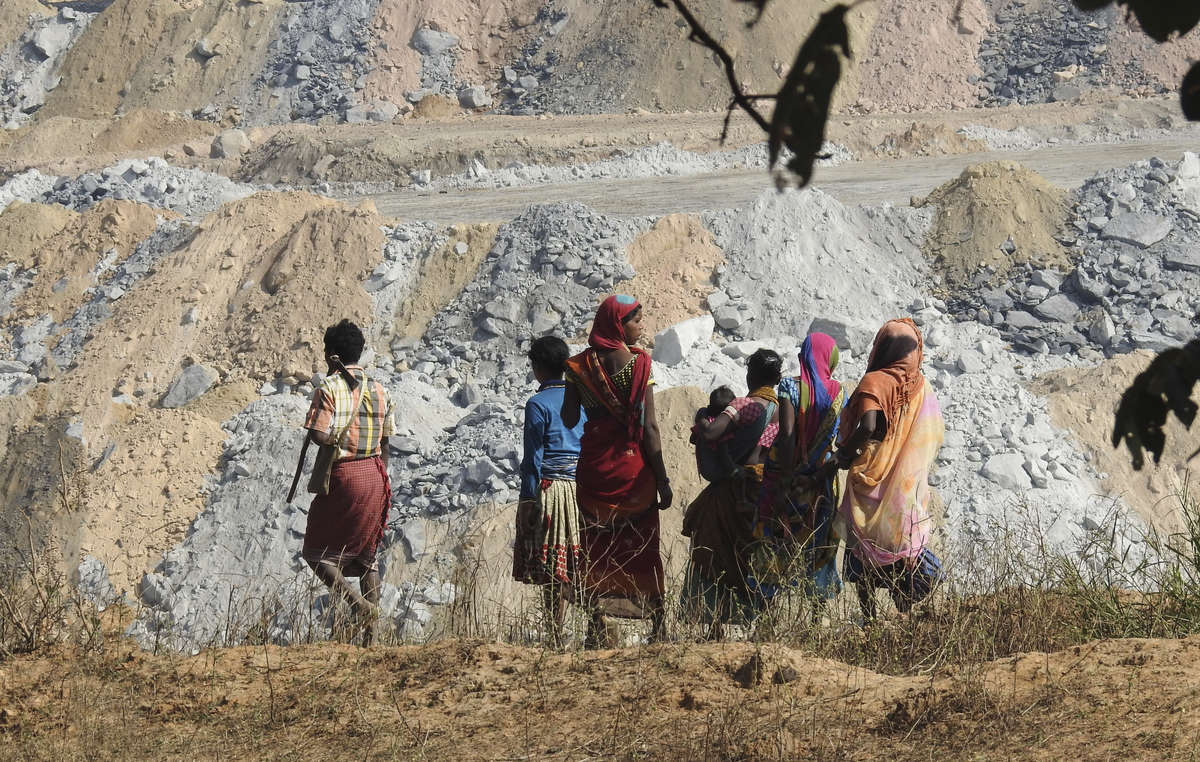 Local people look out on to the massive PEKB coal mine that has taken over their lands. © Pranav Capila

Protestors will gather outside the Science Museum in London on Wednesday to call for an end to the museum’s sponsorship deal with Adani, a huge conglomerate operating highly contested coal mines on Indigenous peoples’ ancestral lands.

Protesters will urge the museum to listen to Indigenous voices and drop Adani Green Energy as a sponsor of its new “Energy Revolution” exhibition.

Indigenous representatives from India, Australia and Indonesia have written a letter to the museum urging it to cut its ties with the Adani Group. They state: “Indigenous communities in all these countries are experiencing land-grabs, repression, the destruction of sacred lands, pollution of air, land and water and, of course, the worsening impacts of climate change exacerbated by burning coal.” Their letter was a response to the public dismissal of Indigenous concerns by the museum’s director, Sir Ian Blatchford. Testimonies will be heard at the protest from Indigenous communities directly affected.

In India, Adani is playing a part in a massive, government-approved coal rush focused on the forested central tribal belt in Chhattisgarh, Jharkhand, and Odisha, despite fierce resistance.

In Chhattisgarh, Adani has targeted the priceless Hasdeo Forest, home to 20,000 Adivasi (Indigenous) people. Adani already operates one mine there, and another, Parsa, has just been approved.

Phillip, an Oraon activist from Jharkhand, said: “We Adivasi people can save the Earth… but they [the government] see no value for this. They just want us to be dead… To Adani and Ambani: big corporations like you people need to also pay attention. We Adivasi people will not just leave our lands to you. Because, if anything can save the world, it is the worldview of the Adivasi people. There is no other way. You are destroying the environment, which is Adivasi people’s life, by mining. Hear me straight: Change yourself, or nature will change you for the better.”

Dr Jo Woodman of Survival International said today: “Narendra Modi again and again prioritizes the wealth of his corporate allies over the rights of the Adivasi peoples of the country. The Science Museum’s deal with Adani is the worst kind of greenwashing. Indigenous people from India to Indonesia and Australia are campaigning against the company and its mines. Coal mining is not only destroying Indigenous lands, it’s catastrophic for the fight against climate change. The museum should scrap its sponsorship deal with Adani immediately. It’s on the wrong side of history.”