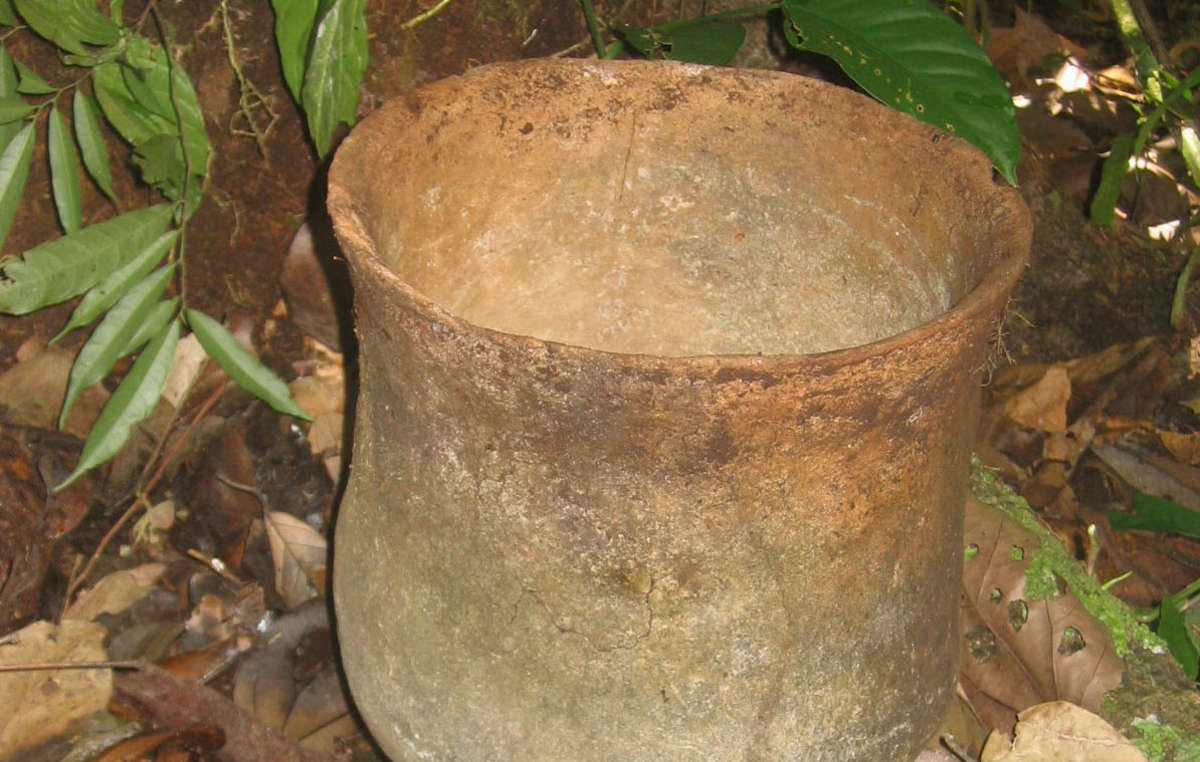 Ceramic pots found in the Isconahua reserve are evidence of the presence of these isolated Indigenous people. © Pepe Villacorta / ProNaturaleza

Peruvian Indians have been forced to set up a guard post to protect an uncontacted Indians’ reserve, after the authorities ignored their repeated pleas for action.

The Isconahua reserve on the Peru-Brazil border was set up with the support of Peru’s Amazon Indian organization, AIDESEP, to protect uncontacted Isconahua Indians living in its forests.

But the reserve has been invaded by illegal loggers, and numerous appeals to the authorities have gone unanswered.

Now local Indigenous organizations ORAU and FECONAU have united to create a guard post to protect the reserve themselves.

Illegal logging is rampant in Peru and poses a serious threat to the survival of the country’s estimated 15 uncontacted groups. Aerial flights over the Amazon have documented illegal logging camps that are forcing the Indians to flee into unknown territories.

Survival has collected nearly 100,000 signatures asking President Alan García to put a stop to the logging and safeguard tribal lands.

This week, ORAU released a statement urging the government’s Indian Affairs Department INDEPA to join their efforts to protect the reserves.

Survival’s Director, Stephen Corry, said today, ‘That local Indigenous organizations have to protect isolated Indians’ reserves is a devastating criticism of the government’s inaction. Standing by and ignoring the problem seems to be the government’s preferred tactic.’