Yanomami Indians in the Brazilian Amazon have captured an airplane used by health workers, in protest at corruption within the health service.

The Yanomami are outraged by the nomination of a new indigenous health coordinator, who has little connection with indigenous peoples, and who is thought to be favored for political reasons. Yekuana Indians have also joined the protest.

In 2007 political appointees to the regional health office were arrested in a major police operation, which revealed that US$19 million designated for indigenous health care had been stolen.

In a letter sent from the Yanomami organization Hutukara to the Minister of Health, the Indians state, ‘We are very angry… the politicians did not consult the leaders in the Yanomami territory. We do not know what the authorities are up to behind closed doors, when it comes to the health situation’.

Last month, Yanomami protested outside the regional health authorities’ office, and held another plane captive in the Yanomami territory. 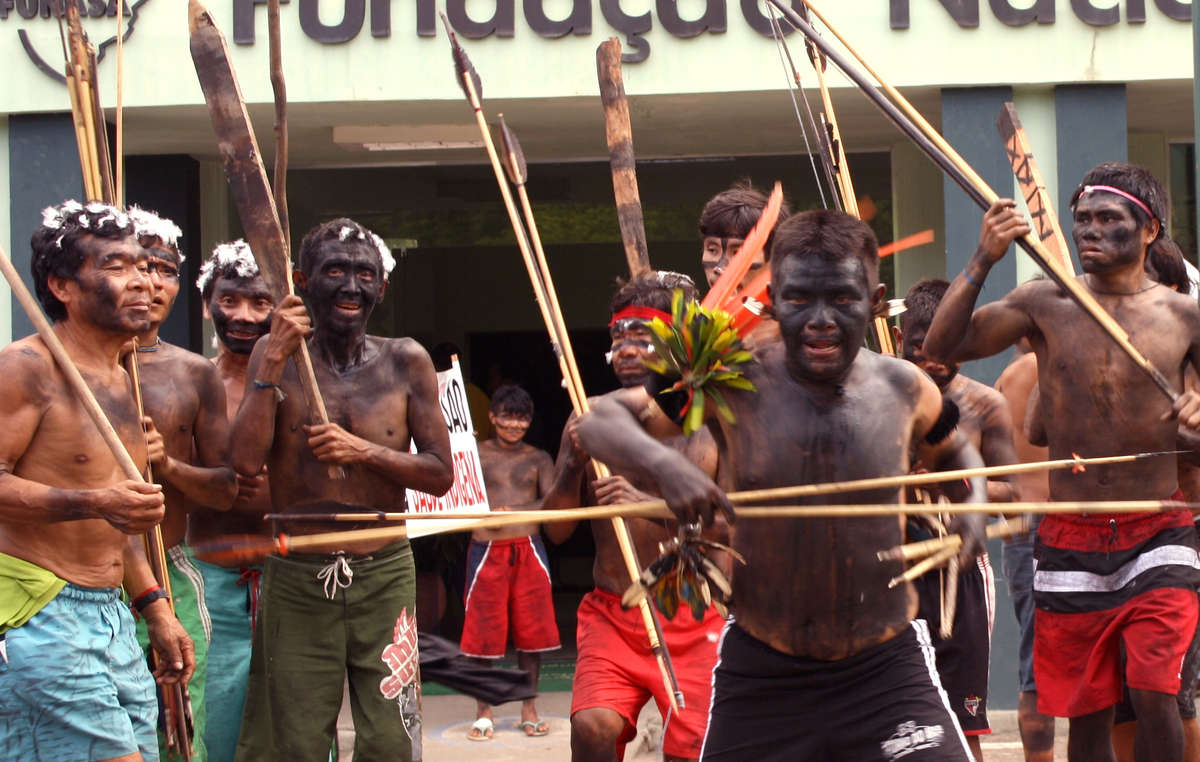 Yanomami and Yekuana health is suffering as thousands of goldminers operate illegally on their land. © Hutukara/Survival

Yanomami and Yekuana health is suffering as several thousand goldminers are operating illegally on their land, bringing diseases and polluting the rivers the Indians use for drinking and bathing.

Survival’s Director, Stephen Corry, said today, ‘The Indians’ health is a serious matter which cannot be subject to politics. The replacement of the health coordinator against the tribes’ will is surely a recipe for disaster’.

Approximately 32,000 Yanomami Indians live in Brazil and Venezuela. They are one of the largest relatively isolated tribes in South America and are extremely vulnerable to diseases.

Download the Yanomami’s letter to the Ministry of Health (PDF in English or Portuguese
, 49 KB)