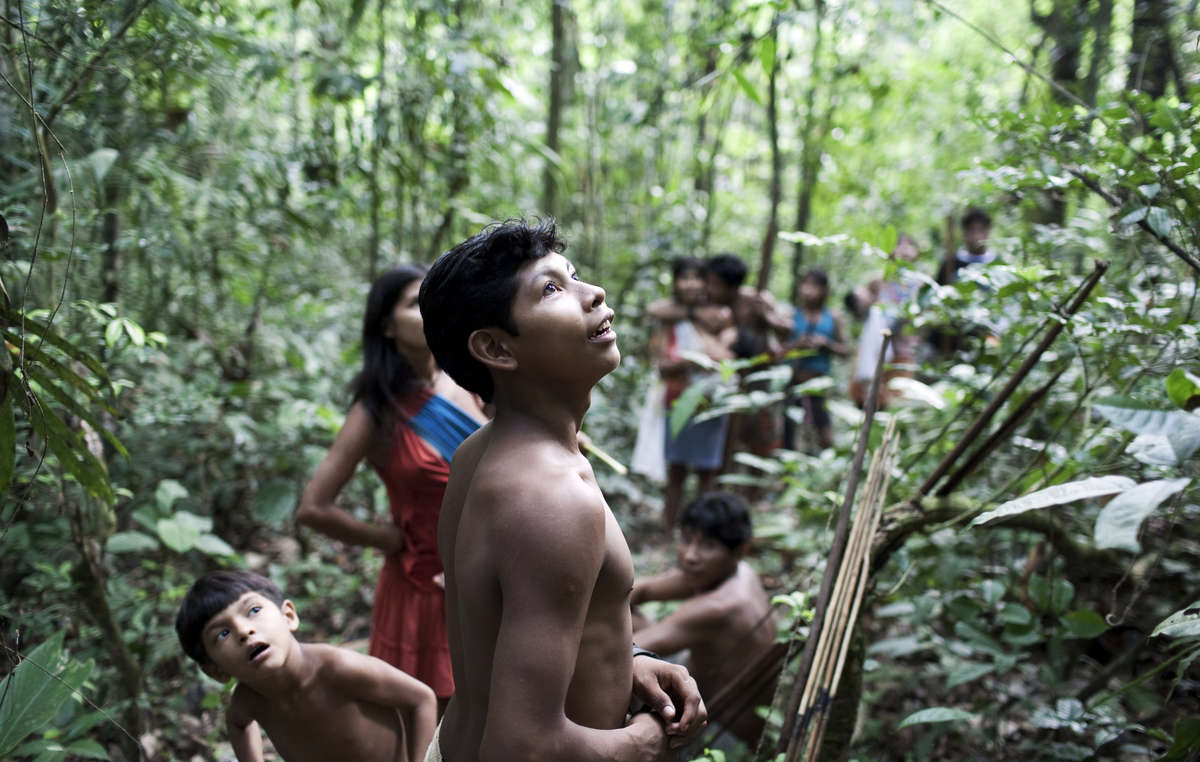 More than 30,000 people have urged Brazil’s Justice Minister to save Earth’s most threatened tribe. © Domenico Pugliese

A judge has ordered Brazil’s largest mining company to suspend plans to double a controversial railway track, which would have put the livelihoods of Earth’s most threatened tribe in jeopardy.

In a major setback for mining giant Vale, the ruling demands an immediate freeze on expansion work along the Carajás railway, and sets a daily penalty of US$25,000 for any breach.

The forest home of Brazil’s Awá tribe lies next to the existing railway, along which 2 km-long trains run to the world’s largest iron ore mine.

One of the world’s longest trains passes Awá land. © Survival

The Indians have vocally contested the mining giant’s plans, which they say threaten their livelihoods and those of their uncontacted relatives.

One Awá man said, ‘We don’t accept the expansion of the train line which passes right in front of our territory. It is really bad! It makes a lot of noise! The hunters can’t find any game; the animals are scared off’.

Speaking to Survival, Vale insisted it would ‘listen to all the Awá’s concerns [and] not obtain the license without doing so’.

However, the judge’s damning verdict of Vale’s social and environment impact studies, labelled its efforts ‘insufficient’.

Vale’s efforts to expand the Carajás railway are one of many threats facing the Awá. © Fiona Watson/Survival

Exactly 100 days ago, Survival launched a major campaign to save Earth’s most threatened tribe, whose land is being destroyed by illegal loggers, ranchers and settlers.

So far, more than 30,000 people (300 people per day) have written to Brazil’s Justice Minister calling for him to do more to protect the tribe, who number just 460.

Brazil’s indigenous affairs department FUNAI has agreed to make the Awá its top priority, and MPs in the UK have raised the issue.

Survival’s Director Stephen Corry said today, ‘Assuming the judge’s ruling is respected, this is good news for the Awá. But the railway isn’t the only threat to the tribe’s survival. Loggers, ranchers and settlers are still brazenly flouting Brazilian law. Despite assurances from Brazil’s authorities, the Awá’s way of life still hangs in the balance – we need action.’

Although Vale does not have a license to double the whole length of the Carajás railway line, which is currently single track, construction has already begun in parts.