Hundreds of vehicles pass through the Jarawa reserve each day, many carrying tourists
© G Chamberlain/ Survival

The British newspaper whose coverage of the ‘human safari’ scandal on India’s Andaman Islands prompted international outrage, has confirmed the practice still goes on, with thousands of tourists flocking to the island to spot the Jarawa people.

The Observer found it ‘was business as usual for the human safari industry’, eight months after it published video footage showing half-naked Jarawa women being ordered to dance by a policeman.

Survival first exposed human safaris in 2010, but video evidence of the abuse triggered calls for more to be done to protect the rights of the tribe.

However, despite punishing those caught exploiting the Jarawa in the wake of the scandal, the Andaman authorities are refusing to take a tough stance on the practice, and have repeatedly ignored rulings by India’s Supreme Court.

Ten years ago, the court ordered the closure of the Andaman Trunk Road (ATR), which facilitates tours to see the Jarawa by cutting straight through their reserve, but it remains open. 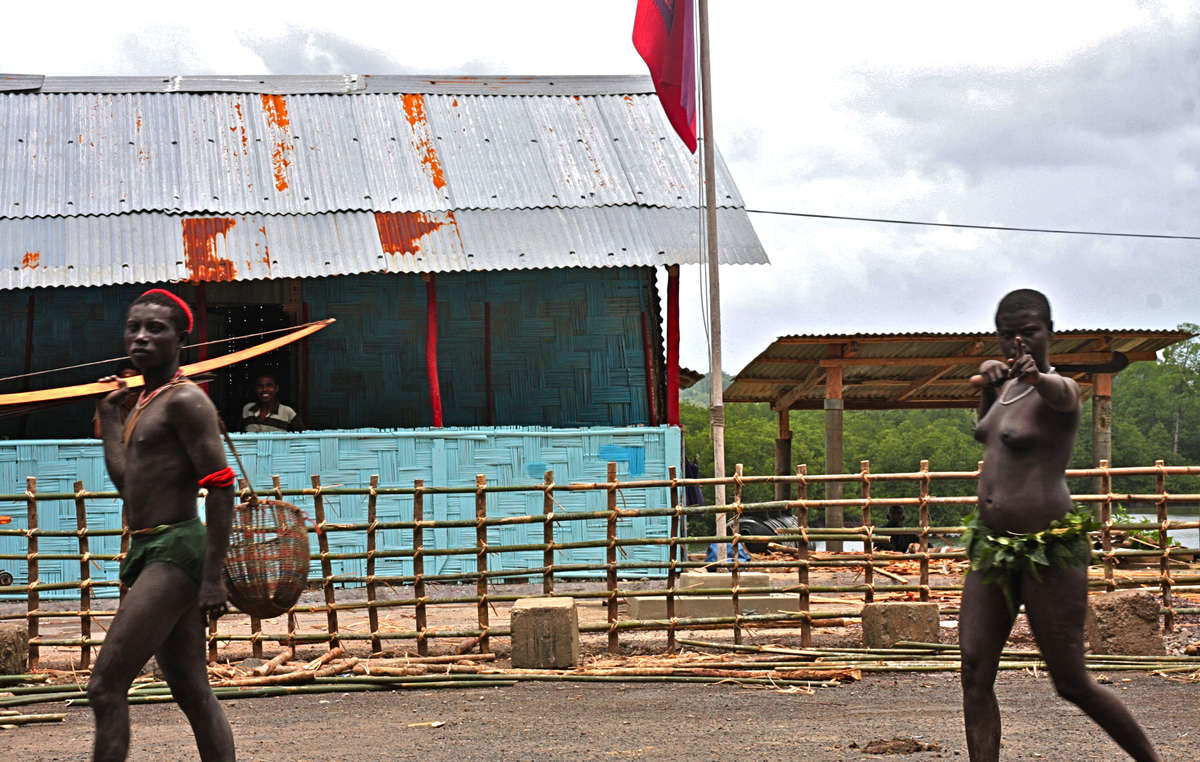 Jarawa on the Andaman Trunk Road which cuts illegally through their reserve.
© Ariberto De Blasoni/Survival

Additionally, a court order in July, which ordered the implementation of a five-kilometer buffer zone around the tribal reserve, has once again been completely ignored.

Tour operators continue to run visits to the islands’ limestone cave and mud ‘volcano’, despite the Supreme Court ordering them to be shut as part of the buffer zone.

As the Observer article explains, ‘the reactions of the bus passengers testify, the real attraction of the trip is that it runs through the Jarawa reserve …and offers the opportunity to see the inhabitants in their natural habitat.’

Stephen Corry, Director of Survival said today, ‘It’s clear that both government and private tour operators continue to profit financially at the Jarawa’s expense. The exploitative nature of this type of tourism is well known, and has been recognised by India’s central government. Laws are in place to end it, and yet it continues. It’s time for the Andaman authorities to take responsibility for the problem and put a stop to it, before another eight months passes.’