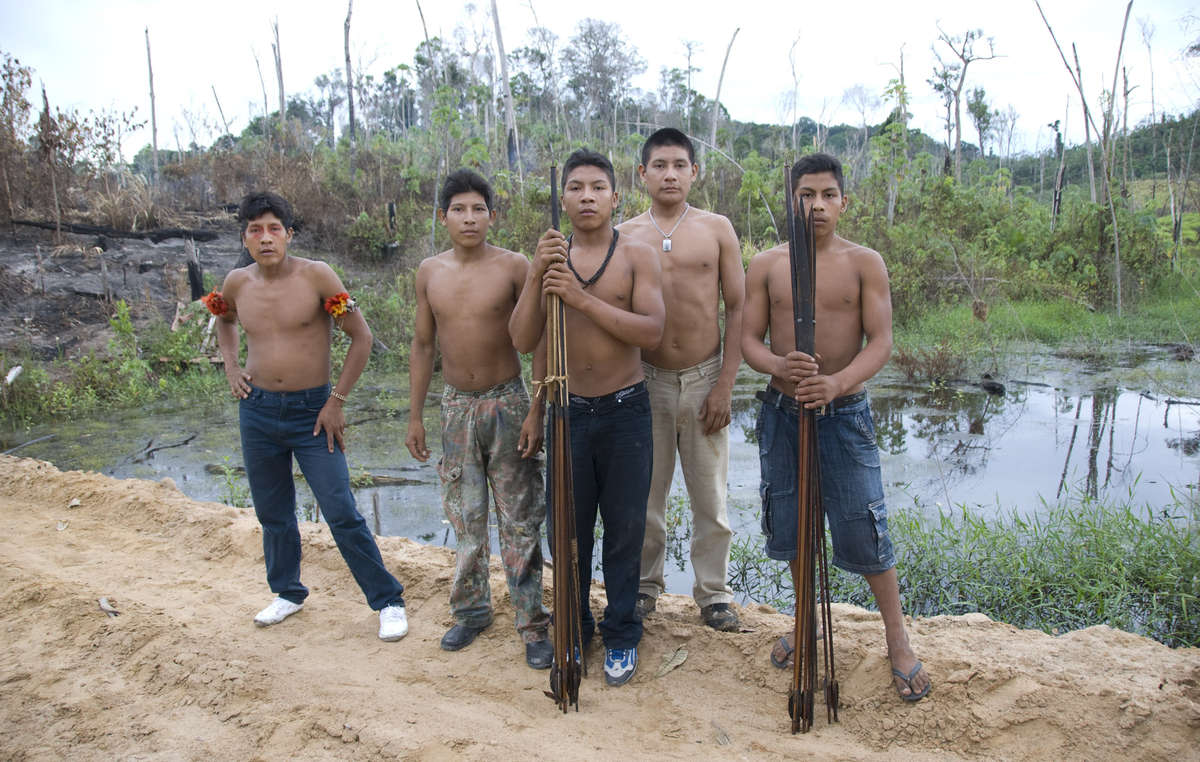 Members of the Awá have made a rare trip to Brasilia to urge Brazil to evict illegal invaders.
© Survival International

Fifteen members of Earth’s most threatened tribe have made an unprecedented visit to Brazil’s capital to urge the government to evict illegal invaders and protect their land.

The Awá’s three-day journey took them from the relative isolation of their forest homes in Maranhão state, on a 2,000 kilometre bus journey to the center of Brasilia.

For the majority, it is the first time they have ever been to the capital city.

The Awá made the long journey to confront government officials after direct appeals for help, including an international campaign by Survival International that has so far generated more than 41,000 protest emails, were repeatedly ignored.

On Tuesday, the Indians protested outside Brazil’s Ministry of Justice, the body ultimately responsible for putting a stop to the alarming destruction of their land.

They had been due to meet the Minister, but the talks were cancelled.

Throughout the rest of the week, the Awá, along with other indigenous peoples, will hold meetings with Brazil’s Public Prosecutors’ Office, its Indigenous Affairs Department (FUNAI), and the Solicitor General’s Office.

Their trip is being supported by CIMI, an indigenous rights organization in Brazil.

Illegal logging has left the Awá, a tribe of 460 people, surrounded and unable to continue living as one of the world’s last hunter-gatherer tribes.

Hemmed in by illegal settlers, and prevented from supporting their self-sufficient lifestyles through hunting, the tribe have become increasingly desperate.

According to a recent report by research institute Imazon, one Awá territory lost the most forest of any indigenous reserve between 2009 and 2011: 3.5% of its total area.

Unabated illegal logging has already destroyed 30% of rainforest in this particular territory, since 1985. 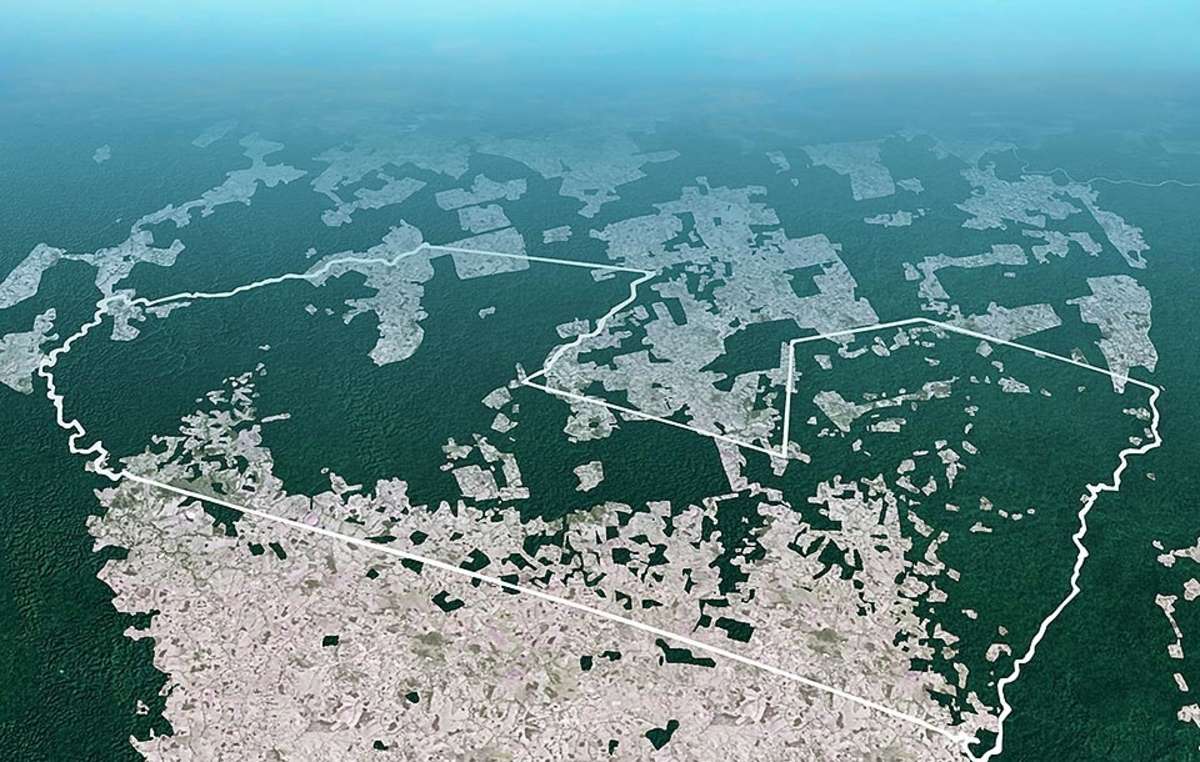 Illegal deforestation has ravaged more than 30% of one of the Awá’s territories since 1985.
© Survival International

Satellite data from space research agency INPE also shows that the Arariboia reserve (home to about 60 uncontacted Awá), was one of the three indigenous reserves which suffered the worst burning by loggers in August and September.

During their trip to Brasilia the Indians will also protest against plans to enact a piece of draft legislation called Directive 303, which prohibits the expansion of indigenous territories.

Survival’s Director Stephen Corry said today, ‘For decades, the Awá have endured land theft and murder at the hands of ruthless invaders. Now, by traveling to Brasilia, they are taking matters into their own hands – and making their voice heard all over the world. It’s becoming increasingly difficult for the Brazilian government to ignore the international outcry over the invasion of Awá territory: its reputation is hanging in the balance.’