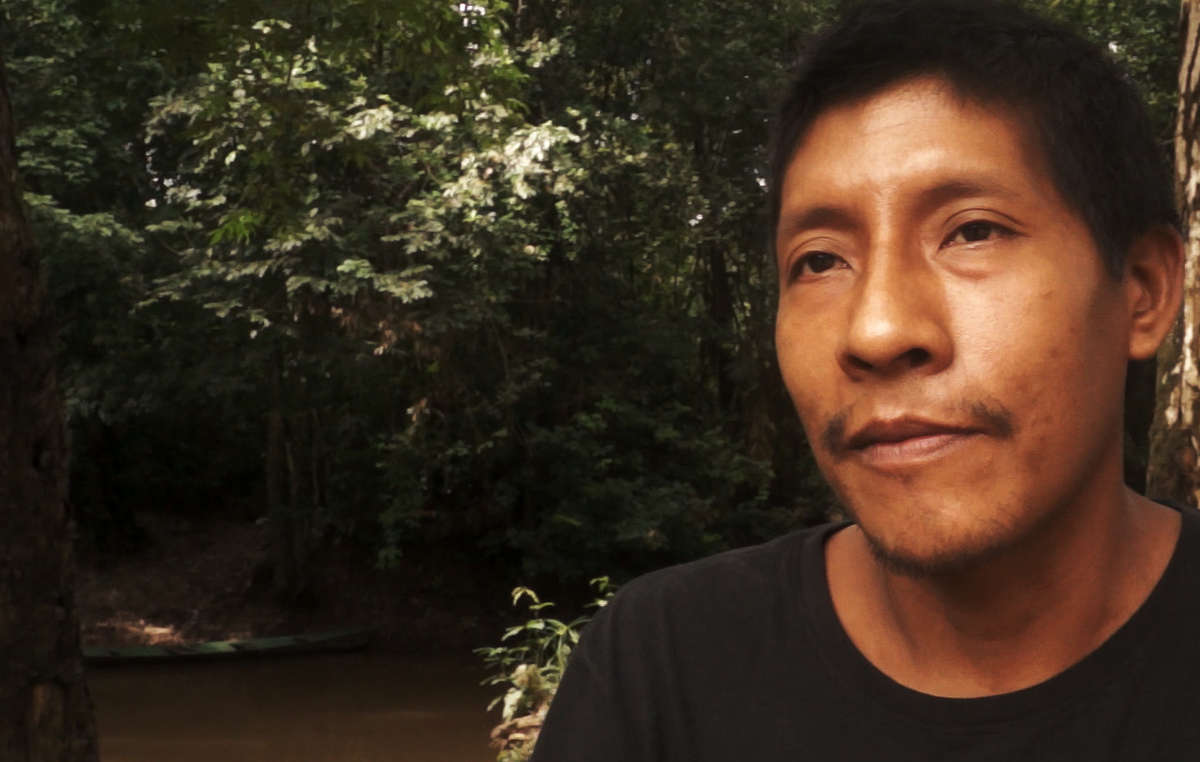 In a rare video appeal, the Awá have called on Brazil’s Minister of Justice to act now and protect their land. © Survival International

Earth’s most threatened tribe has sent an urgent appeal to Brazil’s government to evict invaders from their forest, as Brazil soccer fans lend their support for the tribe.

Despite a federal judge’s ruling ordering Brazil’s authorities to remove all invaders on Awá land by the end of March, not a single person has yet been evicted. The Awá are becoming increasingly desperate as illegal loggers close in on them and settlers encroach on their land. 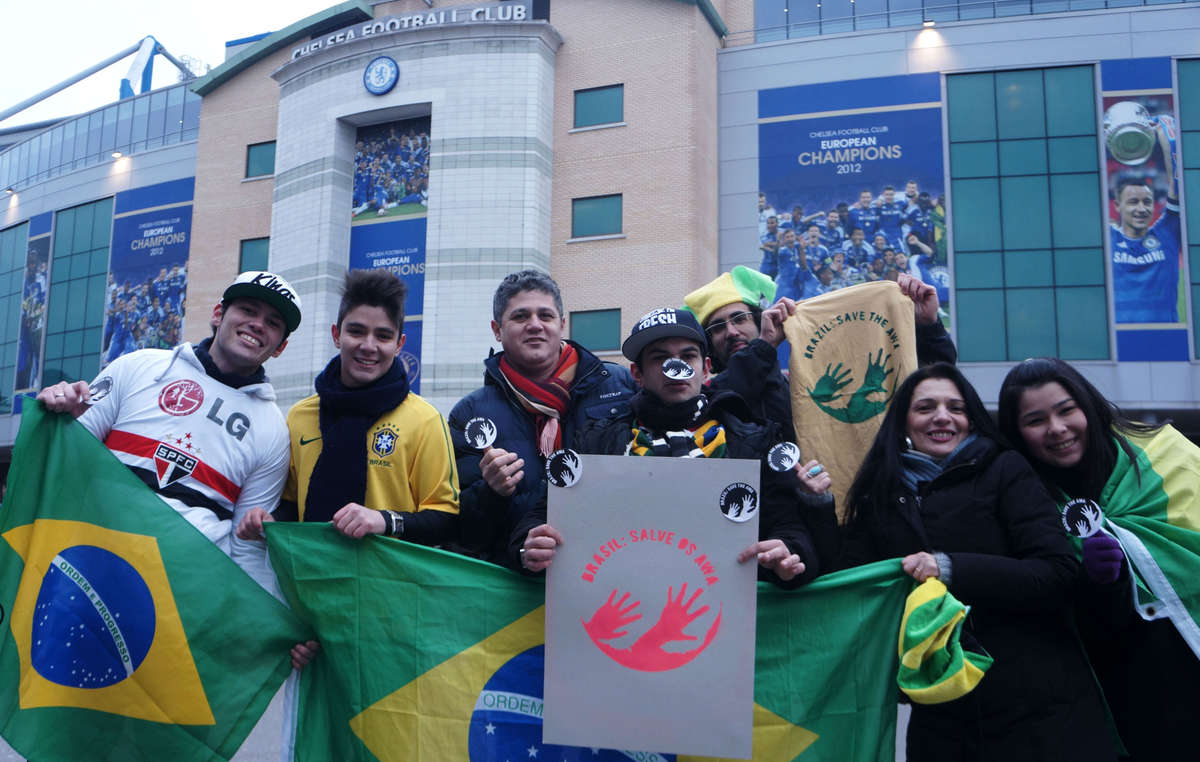 Amiri, another Awá man, told Survival International, ‘For a long time, we have been asking for the invaders to be evicted. It has to happen now. They must be removed. The loggers have already destroyed many areas; we refuse to lose all our land.’

On Monday night, soccer fans attending Brazil’s international match with Russia in London demonstrated their support for the Awá by brandishing the awáIcon, which reads ‘Brazil: Save the Awá’.

One fan said to Survival, ‘I can’t believe this is happening in front of our government’s eyes. I will tell all my friends in Brazil to help and support Survival’s campaign to save the Awá!’ 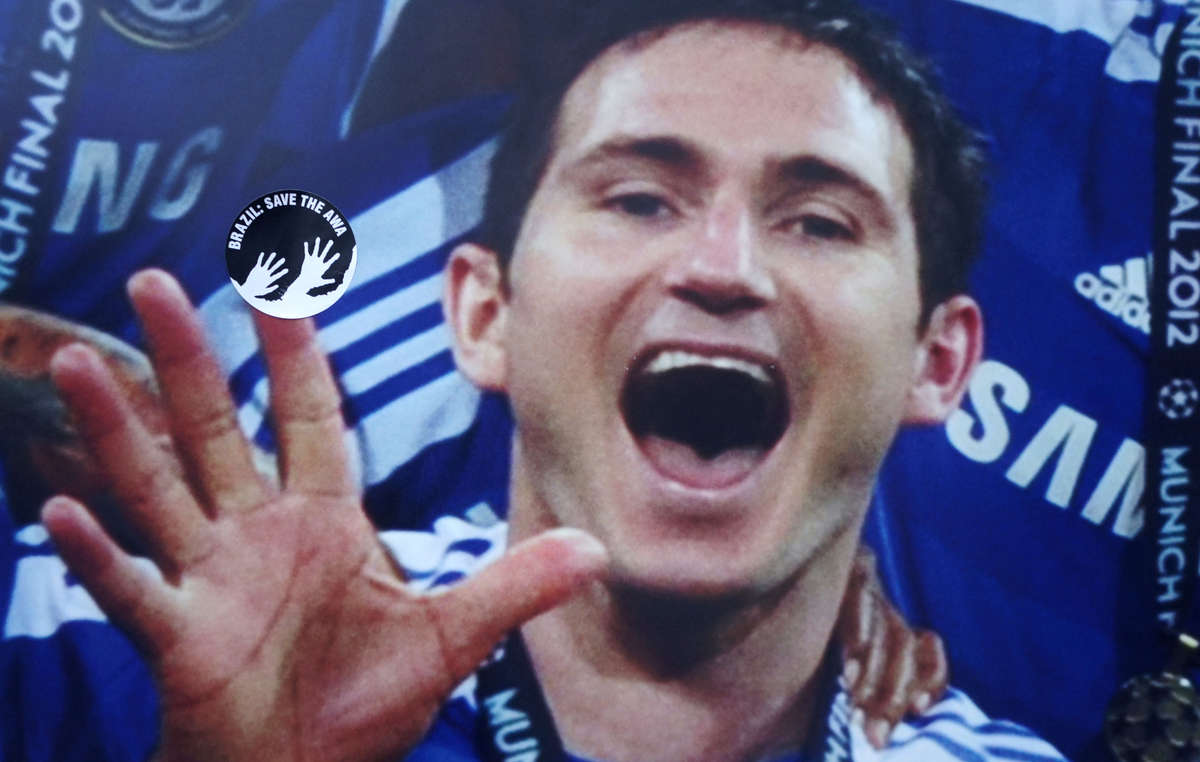 Nearly 50,000 letters have been sent to the Brazilian government urging it to evict the invaders since Survival launched its urgent campaign for Earth’s most threatened tribe in April 2012.

Survival’s Director Stephen Corry said today, ‘It is a scandal that the Awá have been driven to such desperation. As they hear the chainsaws day and night in their forest, it seems to them that the judge’s ruling and the government’s promises have been forgotten. The Awá need action, now.’