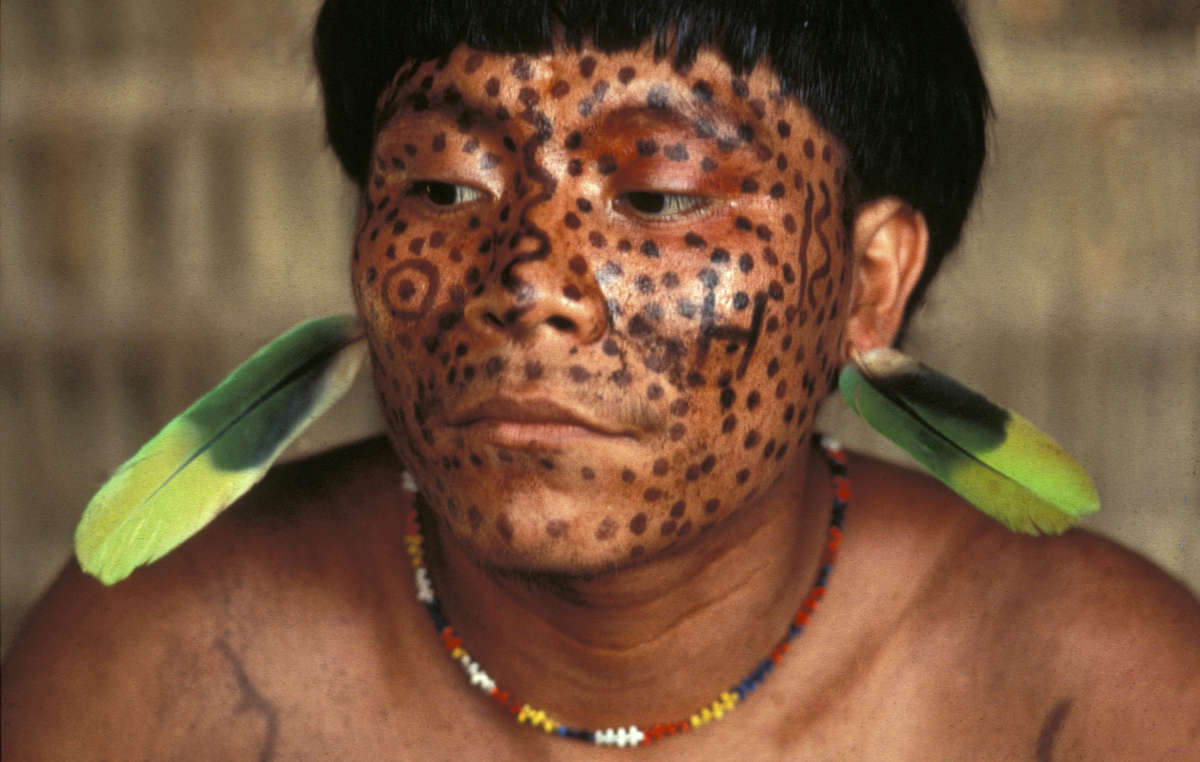 Yanomami Indians from Brazil and Venezuela met last month in Venezuela to discuss Indigenous rights and national policies. Government officials from both countries, Indigenous organizations and NGOs working with the Yanomami also attended.

Health issues and the impact of gold-mining were debated. Many Yanomami in both countries continue to suffer hugely from the impacts of illegal gold-miners on their land.

In an open letter the Yanomami state that, ‘The situation on the frontier of Brazil and Venezuela is very serious; many illegal mining camps are established here which produce violence, epidemics, the destruction of our lands and contamination of the rivers… It is not possible to enjoy good health if our land is not protected.

‘It is also important to understand that for good health and the protection of our lands we need joint actions by both governments which include Indigenous participation.’

They call for the Yanomami territory in Venezuela to be mapped out and fully recognized in Venezuela in accordance with the constitution, which guarantees Indigenous peoples’ collective land rights.

The letter expresses their huge concerns about both governments’ intention to open up Yanomami and other tribes’ land for large scale mining: ‘We want to be consulted about these projects, which we oppose because they threaten our lives.’

Those at the meeting recalled the massacre of 16 Yanomami by a group of gold-miners at Haximu twenty years ago. Representatives from the Yanomami organisations Horonami and Hutukara warned this could happen again if both governments do not put in place proper measures to stop the invasion of gold-miners.

In August the UN expressed its grave concern at the impunity for illegal miners who commit acts of aggression and violence against the Yanomami.

It called on Venezuela to carry out an ‘exhaustive’ investigation into those responsible for violent crimes against the Yanomami, and the Yukpa tribe of western Venezuela, and punish them accordingly.

The UN report states that the violence against the Yukpa at the hands of landowners is a consequence of the government’s failure to demarcate the tribe’s land and urges it to accelerate the demarcation of their territories.