The Proud Not Primitive movement is celebrating its second major success in challenging negative stereotypes in the media that tribal peoples are ‘backwards’ or ‘primitive’. © Vinayak Das

The ‘Proud Not Primitive’ movement to challenge prejudice towards tribal peoples in India is celebrating a major success after ‘The Hindu’, one of the world’s largest English language newspapers, pledged to no longer describe tribal peoples as ‘primitive’.

Several journalists from renowned Indian publications have also endorsed the movement, including Kumkum Dasgupta of the Hindustan Times, Nikhil Agarwal of the Press Trust of India, and V Raghunathan of the Times of India.

Following complaints about an article which used the word ‘primitive’ twice to describe a Chenchu tribal man, The Hindu issued a correction and advised all reporters not to use ‘primitive’ while referring to tribal people. The Office of the Readers’ Editor recommended an ‘exercise of caution’ in this regard.

Sophie Grig, coordinator of the Proud Not Primitive movement, said, ‘This important success with The Hindu is just the beginning. We need to stamp out all use of this derogatory and dangerous language in reference to India’s tribal peoples. No media should be using these terms.’

Aakar Patel at The Express Tribune said, ‘I support Proud Not Primitive because we must rise above hurried judgment about cultures that are not our own’. 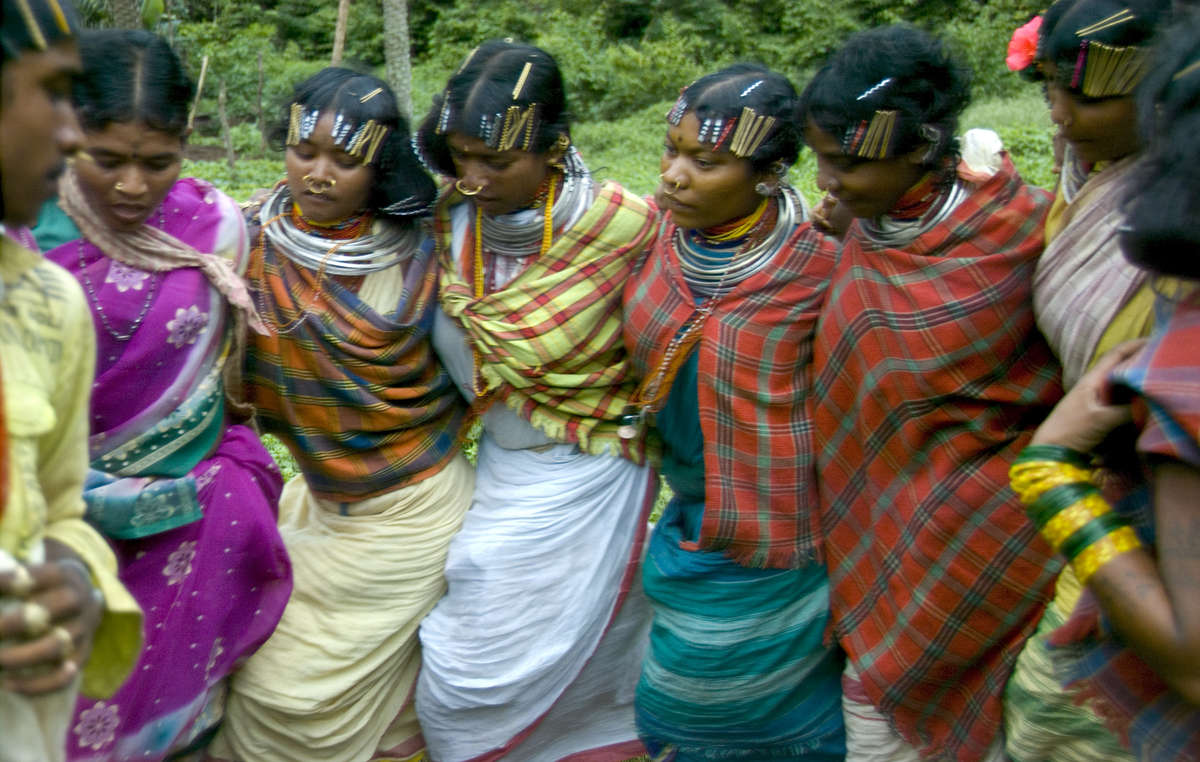 So far, ‘The Hindu’ and the ‘Business Standard’ have taken a stand for tribal peoples in India by correcting articles which labelled them as ‘primitive’. © Survival International

While the Indian government abandoned the use of ‘primitive tribal group’ to describe remote tribal peoples in favour of ‘particularly vulnerable tribal group’ in 2006, the phrase continues to be widely used in the Indian media.

The Hindu’s correction is the second major success of the Proud Not Primitive campaign. Following complaints by supporters of the campaign, the editor of India’s Business Standard apologised for the use of the term ‘primitive’ in an article in July, 2013, which has since been corrected.

Proud Not Primitive aims to challenge negative stereotypes which underpin discrimination and lead to the theft tribal peoples’ land in India. Thinking of tribal peoples as ‘primitive’ or ‘backwards’ assumes that their way of life is inferior and not part of today’s world. This leads to the notion that they should be ‘developed’ and ‘brought into the mainstream’, often with devastating consequences.

An elder of the Paniyar tribe in southern India said, ‘For us Adivasis [tribal people of India], every tree is like a house. That is what the forest is for us. We are not backward, it’s just another way of life.’

Sophie Grig added, ‘For tribal peoples’ rights to their lands and ways of life to be respected we need to change the way that people think, talk and write about them.’

- Proud Not Primitive is urging all Indian media to amend their editorial guidelines and ensure that language such as ‘primitive’ or ‘backward’ is not used to describe tribal peoples. Please email [email protected] to sign up.
- Proud Not Primitive is part of Survival International’s worldwide ‘Stamp It Out’ campaign which challenges negative stereotypes of tribal peoples. Stamp It Out has been endorsed by UK newspapers The Guardian, The Observer, the Independent, and renowned journalists such as John Simpson, John Pilger, George Monbiot and many others.
- The BBC guidelines on Reporting and Portrayal of Tribal Peoples state: ‘We should take care over the use of terms that have the potential to be misleading  or discriminatory, such as ‘primitive’, ‘backward’, ‘savage’ or ‘stone-age’. Care is also needed to avoid confusing a people that are not industrialised with one that is not part of the modern world or 21st century.’