An Amazon Indian protested outside the exhibition of controversial photographer Jimmy Nelson’s work “Before They Pass Away” at London’s Atlas Gallery today.

Nelson’s work has been attacked by indigenous peoples around the world, as well as Survival International – the global movement for tribal peoples’ rights – for portraying a false and damaging picture of tribal peoples.

Nixiwaka Yawanawá from Acre state in Brazil handed a letter to the gallery and said, “As a tribal person I feel offended by Jimmy Nelson’s work ’Before They Pass Away’. It’s outrageous! We are not passing away but struggling to survive. Industrialized society is trying to destroy us in the name of ‘progress’, but we will keep defending our lands and contributing to the protection of the planet.”

Famed photographer Jimmy Nelson’s work ‘Before They Pass Away’ has been attacked by tribal peoples around the world.
© Survival

While Nelson claims his work is “ethnographic fact”, Survival Director Stephen Corry denounces it as a photographer’s fantasy which bears little relationship either to how the people pictured look now, or how they ever appeared. Nelson’s subjects are supposed to be “passing away”, but no mention is made of the genocidal violence they are being subjected to.

The photos of Waorani girls from Ecuador, for example, portray them shorn of the clothes that contacted Waorani routinely wear, and wearing “fig” leaves to protect their modesty, which they have never done (previous generations of Waorani women wore a simple waist string).

The Dani of West Papua are wrongly called the “the most dreaded head-hunting tribe of Papua”. But no mention is made of the killings, torture and intimidation they have suffered under the Indonesian occupation since 1963.

Papuan tribal leader Benny Wenda said, “What Jimmy Nelson says about us is not true. My people, the Dani people, were never headhunters, it was never our tradition. The real headhunters are the Indonesian military who have been killing my people. My people are still strong and we fight for our freedom. We are not ‘passing away’, we are being killed by the brutal Indonesian soldiers. That is the truth.”

Nelson’s work has also received fierce criticism from tribal peoples in North America and New Zealand. A Maori blogger wrote, "Maori people are not part of a dying breed and we don’t need to be portrayed as such, for a book, ” and Cowlitz Indian Elissa Washuta wrote in Salon magazine, “Nelson’s mission is built on a horrifying assumption: that these indigenous peoples are on the brink of destruction. He couldn’t be more wrong.”

Davi Kopenawa, spokesman of the Yanomami tribe in Brazil and known as the “Dalai Lama of the Rainforest”, said during his recent visit to London, “I saw the photos and I didn’t like them. This man only wants to force his own ideas on the photos, to publish them in books and to show them to everyone so that people will think he’s a great photographer. Just like Chagnon, he does whatever he wants with indigenous peoples. It is not true that indigenous peoples are about to die out. We will be around for a long time, fighting for our land, living in this world and continuing to create our children.”

- Download images of Nixiwaka Yawanawá at the Atlas Gallery in London 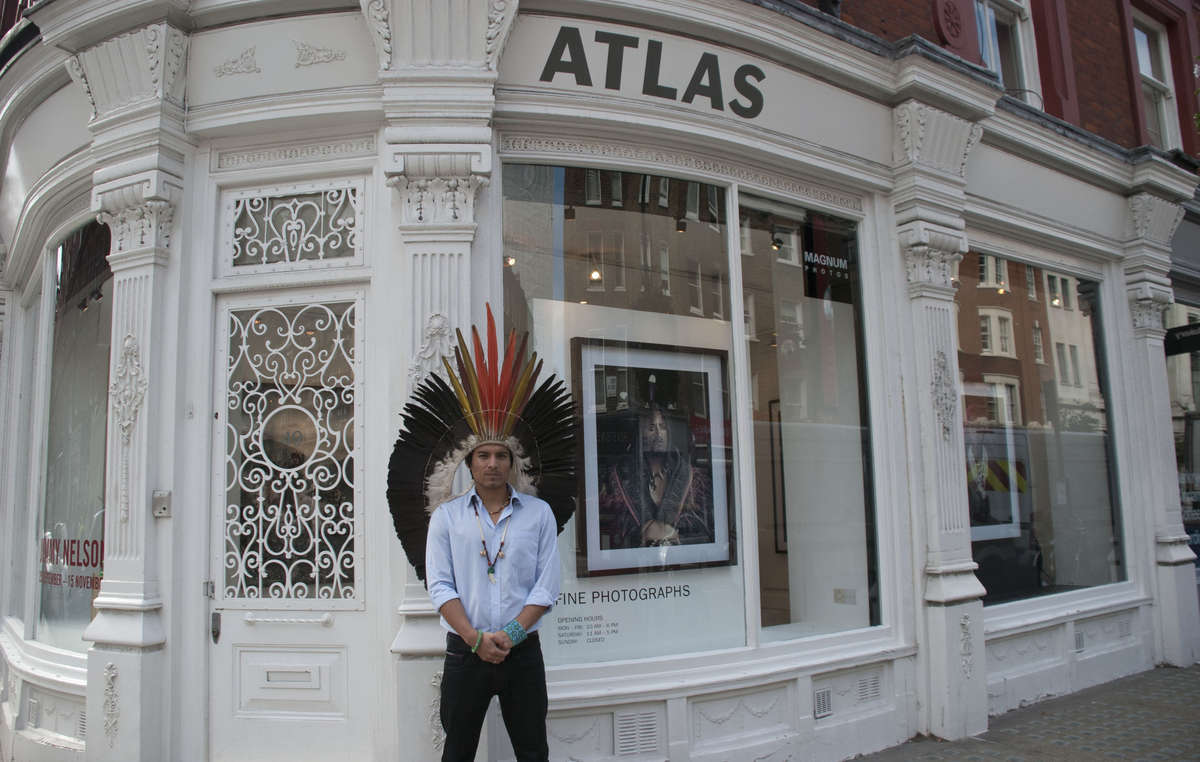 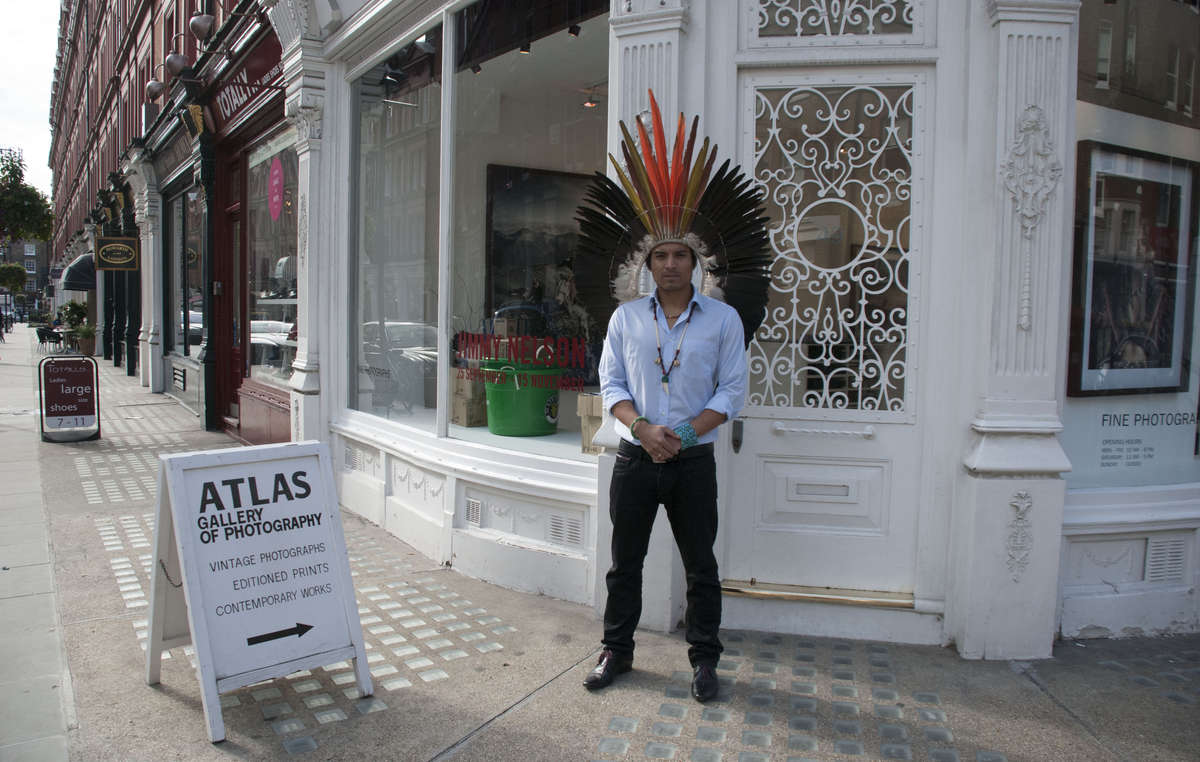 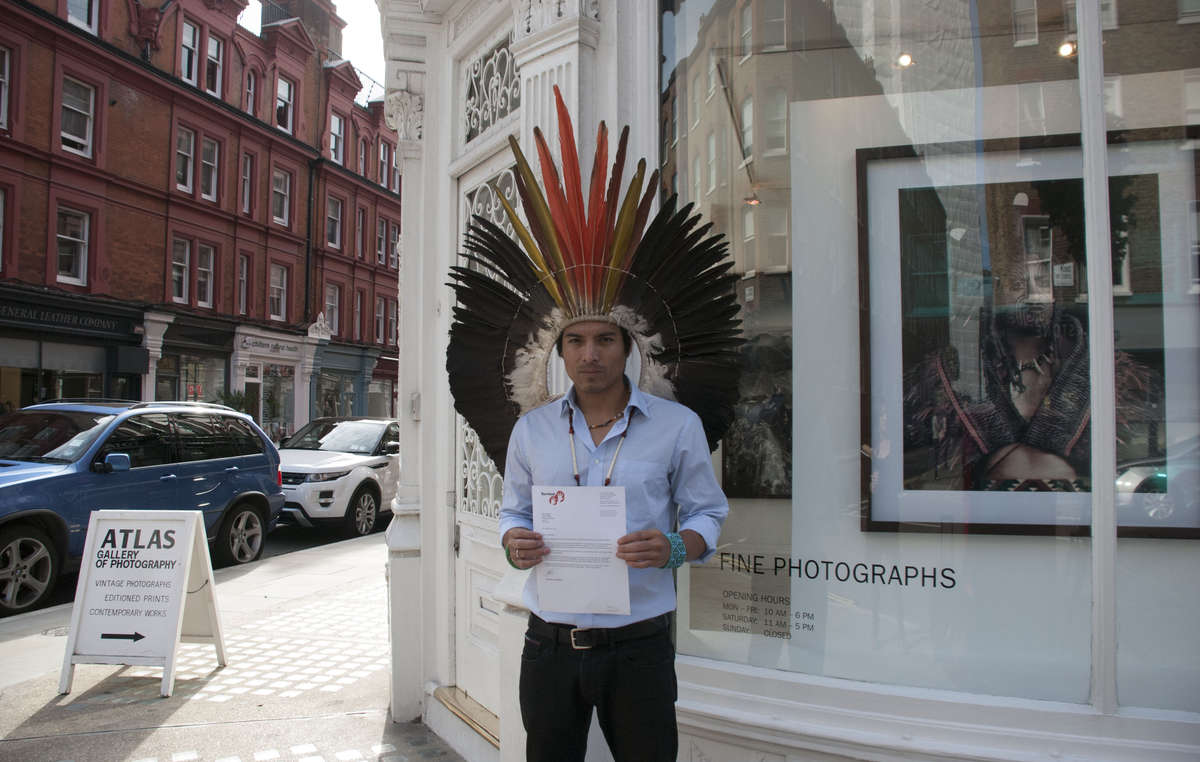