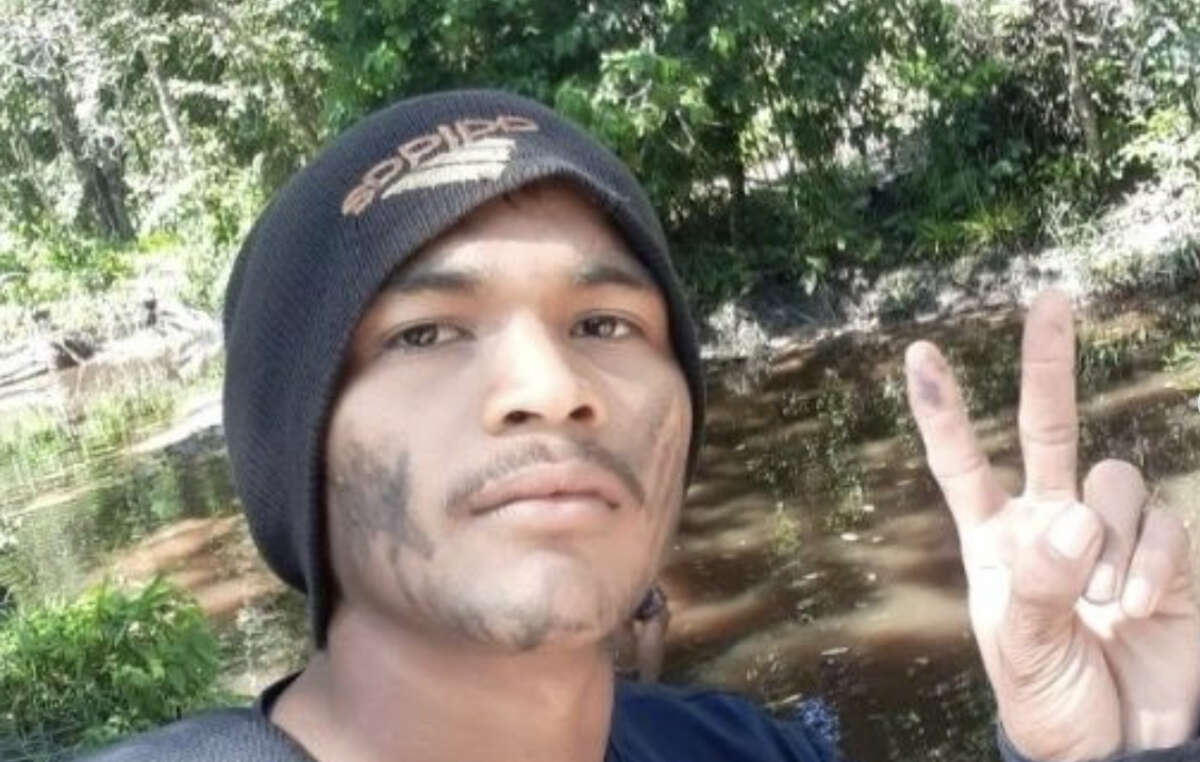 A member of an Indigenous group that patrols its rainforest territory to evict illegal loggers has been shot dead – the sixth member of the group to be killed in recent years.

Janildo Guajajara was shot on Saturday in a logging town near the Arariboia Indigenous Territory, Maranhão state, where he lived. He was reportedly ambushed as he walked down the street.

Members of the Guajajara tribe set up the Amazon Guardians group to protect Arariboia, their forest home which has been heavily invaded by illegal loggers and land grabbers, and the uncontacted members of the Awá tribe who also live there.

Before the Guardians started their work a decade ago there were 72 illegal logging roads into the reserve: now, there are just five. Survival has been supporting the Guardians for many years. Both organizations have called for a full investigation into Janildo’s killing.

One of the Guardians’ leaders, Olimpio Guajajara, is currently touring Europe to highlight their work and the dangers they face, and to boost international support. He said today: “Another Guardian’s been murdered – the sixth Guardian that’s been killed, and none of the killers of the other Guardians have been punished, or are behind bars. We’re appealing to Brazilian justice, that justice be done to put these killers in jail.”

In a statement the Guardians said: “Janildo Oliveira Guajajara had been working with us since 2018. He worked in the Barreiro region of Arariboia, in a village close to the site of a road opened by loggers but closed by the Guardians. Since then, he and other Guardians in that region have suffered constant threats, and the threats have become more and more intense.

“For all these years we’ve continued the protection of our territory, even though we’ve been threatened and killed. We are against the violence that kills and destroys, we fight for life. Our people cry out for justice, and we demand the investigation of this and other crimes against the Tenetehar (Guajajara) people. We want justice.”

Survival’s Senior Researcher Sarah Shenker, who has accompanied the Guardians on their patrols, said today: “The genocidal wave of violence unleashed against Indigenous peoples by President Bolsonaro is relentless. There’s an atmosphere of total impunity, where the powerful forces stealing Indigenous lands – gold miners, loggers, land grabbers, agribusiness and cattle ranchers – think they can do whatever they want and get away with it. They’re being actively encouraged by the current Brazilian government, and around the country Indigenous people are fighting back.

“Janildo knew he may have to pay with his life but he was determined to be a Guardian as he saw no other way forward for the future of his family and forest. Justice must be done for him, for Paulo Paulino Guajajara, and all the other Indigenous people killed on the front line of the land fight. And people around the world must stand ever stronger to stop Brazil’s genocide and the global forces feeding it, for the survival of uncontacted tribes and all Indigenous peoples, and the lands they so expertly look after.”