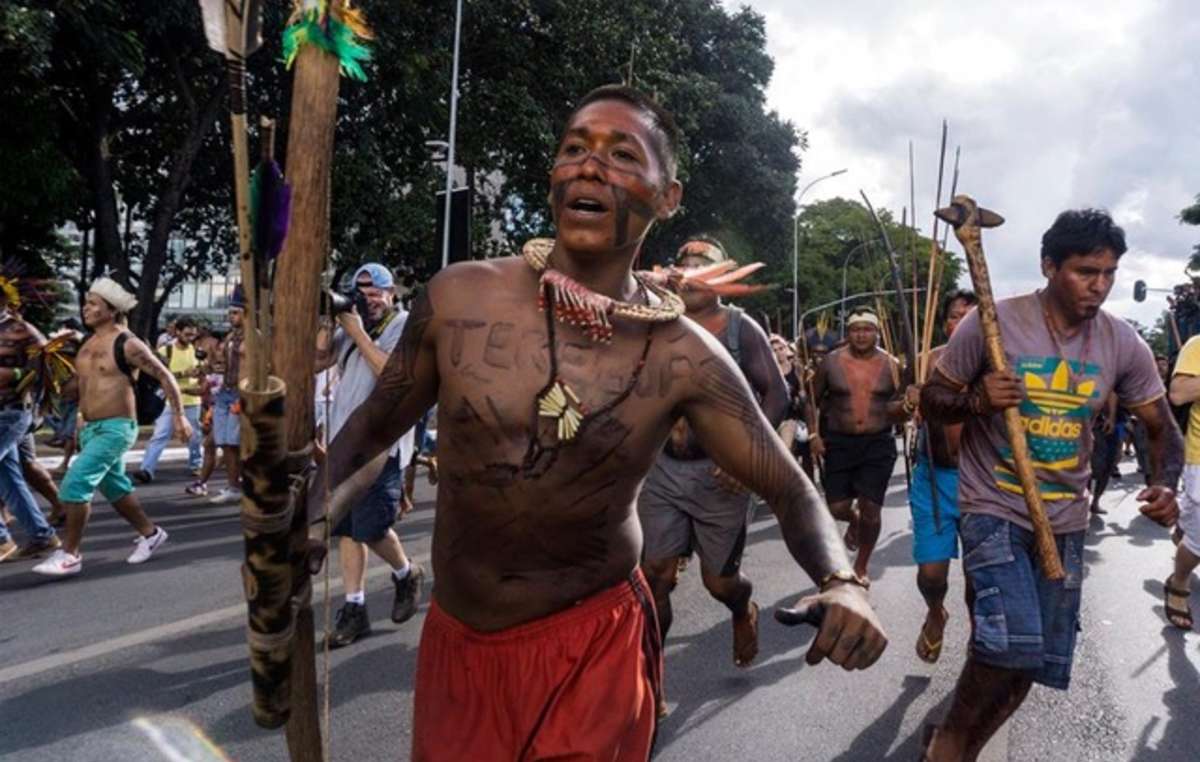 Brazil’s Supreme Court will next week deliver a historic judgement on tribal territories which could strike the greatest blow to indigenous land rights since the country’s military dictatorship.

The judgement will be delivered on Wednesday, August 16. Large-scale indigenous protests are anticipated, as the judges decide whether to incorporate a proposal on indigenous land rights drafted by the attorney-general’s office.

The proposal states that indigenous peoples who were not occupying their ancestral lands on or before October 5, 1988, when the country’s current constitution came into force, would no longer have the right to live there.

If the judges accept it, this would set indigenous rights in the country back decades, and risk destroying hundreds of self-sufficient tribes, who depend on their land for autonomy and survival.

Brazil’s pan-indigenous organization APIB: is organizing several events and protests in the capital Brasilia and across the country in the lead up to the ruling, with the slogan: “Our history didn’t start in 1988. No to the time limit.”

Activists have speculated that the proposal is being pushed by President Temer to secure his political position. His period in office has seen single digit approval ratings, instability, and widespread protest, after the government he leads was installed in April 2016 following the impeachment of former president Dilma Rousseff.

If it becomes policy, this measure would be beneficial to Brazil’s ruralista agribusiness lobby, who regard land protections for indigenous peoples as an unnecessary barrier to profit.

Further details on the judgement here

The Guarani Kaiowá people in southwestern Brazil are just one of the many tribes who would be affected. They will never recover most of their land if this measure is approved.

“Our history didn’t start in 1988” – major APIB campaign against the ruling.
© APIB

Eliseu Guarani, a spokesman for the tribe, said: “This is very hard for us… there will be no more legal recognition of indigenous territories… there is violence, we all face it, attacks by paramilitaries, criminalization, racism.”

Survival International is actively campaigning against the measure, which is illegal under international law, and has urged its supporters to take action.

Survival’s Director Stephen Corry said: “Land theft is the biggest problem that tribal people face, and this proposal is little more than a land grabber’s manifesto. It’s a blatant shredding of tribal land rights, selling them out to ranchers, loggers, soy barons and other vested interests.”