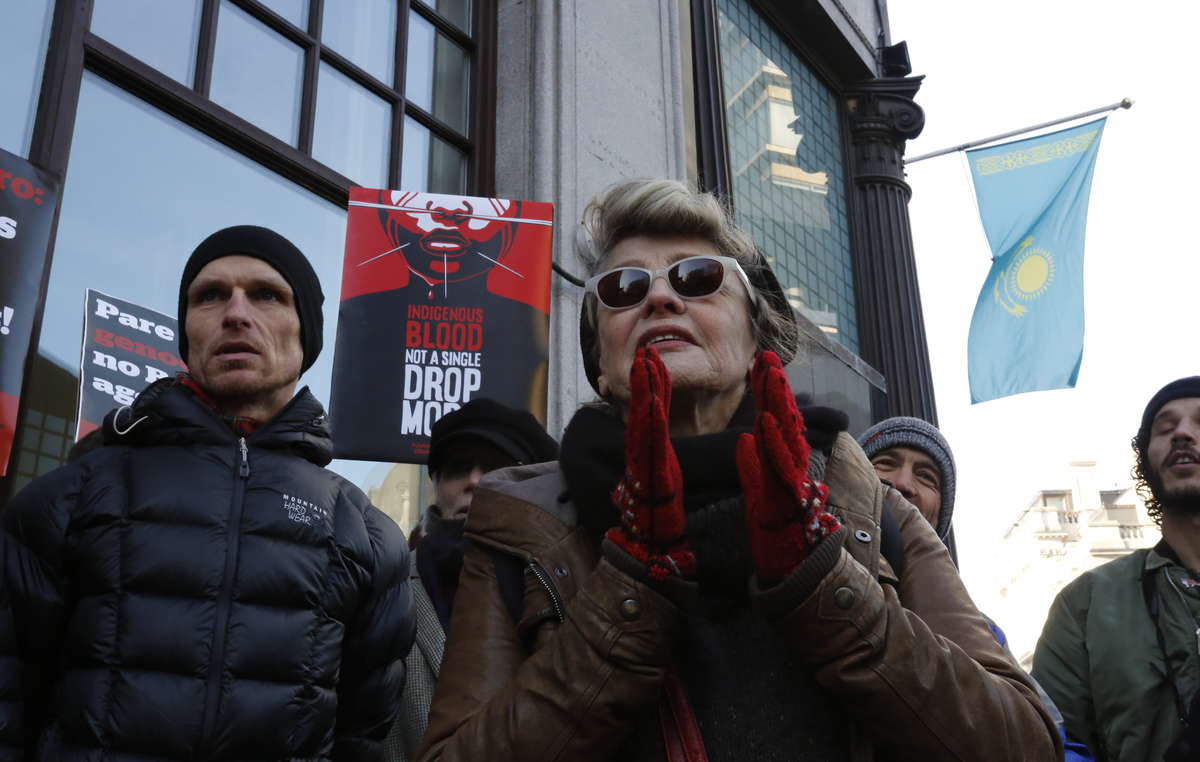 This page was last updated on February 01, 2019 and may contain language which is now outdated.

Protests against the anti-Indigenous policies of Brazil’s President Bolsonaro are occurring in Brazil and around the world to mark his first month in power.

The protests have been led by APIB, the Association of Indigenous Peoples of Brazil, as the culmination of their “Indigenous blood – not a single drop more” campaign, known as “Red January.” 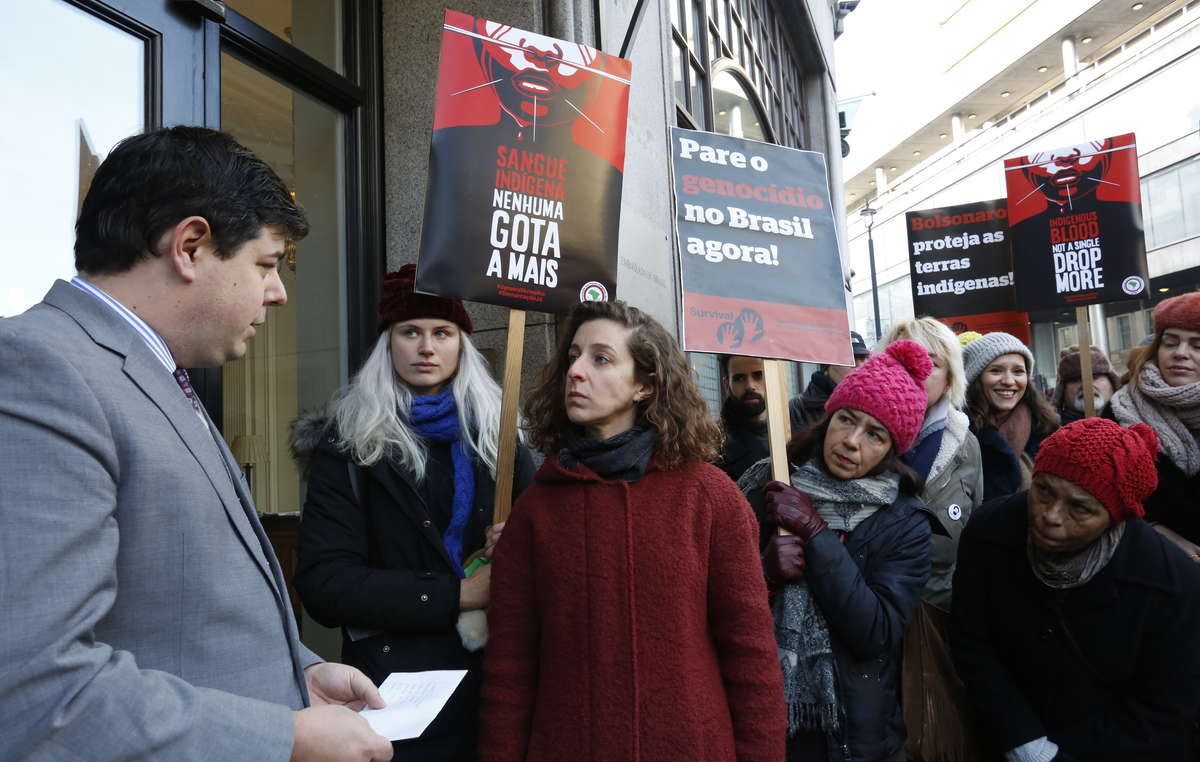 Protesters handed in a letter to Brazilian Embassy officials calling on President Bolsonaro to abandon his crackdown on Indigenous rights. © Rosa Gauditano/APIB/Survival International

Before he was elected president, Mr Bolsonaro was notorious for his racist views. Among his first acts on assuming power was to remove responsibility for Indigenous land demarcation from Brazil’s Indigenous Affairs Department FUNAI, and hand it to the notoriously anti-Indian Agriculture Ministry, which Survival labelled “virtually a declaration of war against Brazil’s tribal peoples.”

Emboldened by the new President and his long history of anti-Indigenous rhetoric, attacks by ranchers and gunmen against Indian communities have risen dramatically.

The territory of the Uru Eu Wau Wau Indians, for example, has been invaded, endangering uncontacted tribespeople there; and hundreds of loggers and colonists are planning to occupy the land of the Awá, one of Earth’s most threatened tribes.

But Brazil’s Indigenous people have reacted with defiance. “We’ve been resisting for 519 years. We won’t stop now. We’ll put all our strength together and we’ll win,” said Rosilene Guajajara. And Ninawa Huni Kuin said: “We fight to protect life and land. We will defend our nation.”

APIB said: “We have the right to exist. We won’t retreat. We’ll denounce this government around the world.”

Survival International’s Director Stephen Corry said today: “Having suffered 500 years of genocide and massacres, Brazil’s tribal peoples are not going to be cowed by President Bolsonaro, however abhorrent and outdated his views are. And it’s been inspiring to see how many people around the world are standing with them.”

Photos will be uploaded here throughout the day. 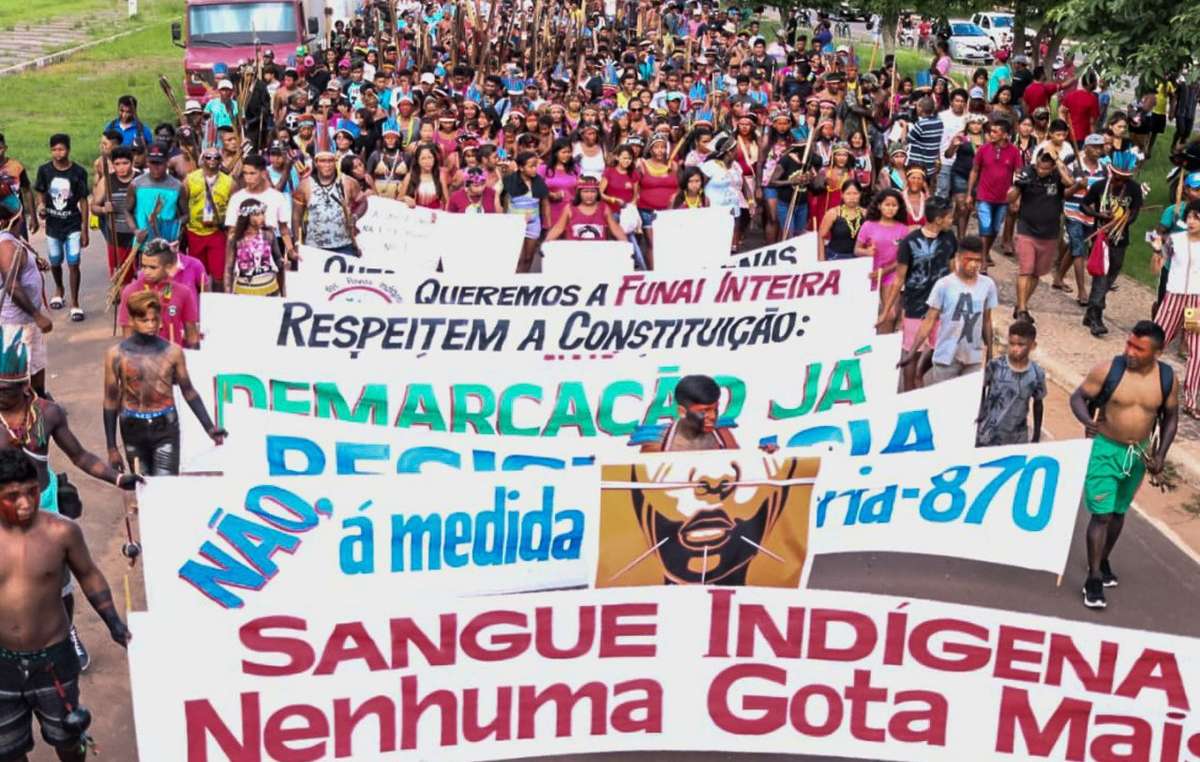 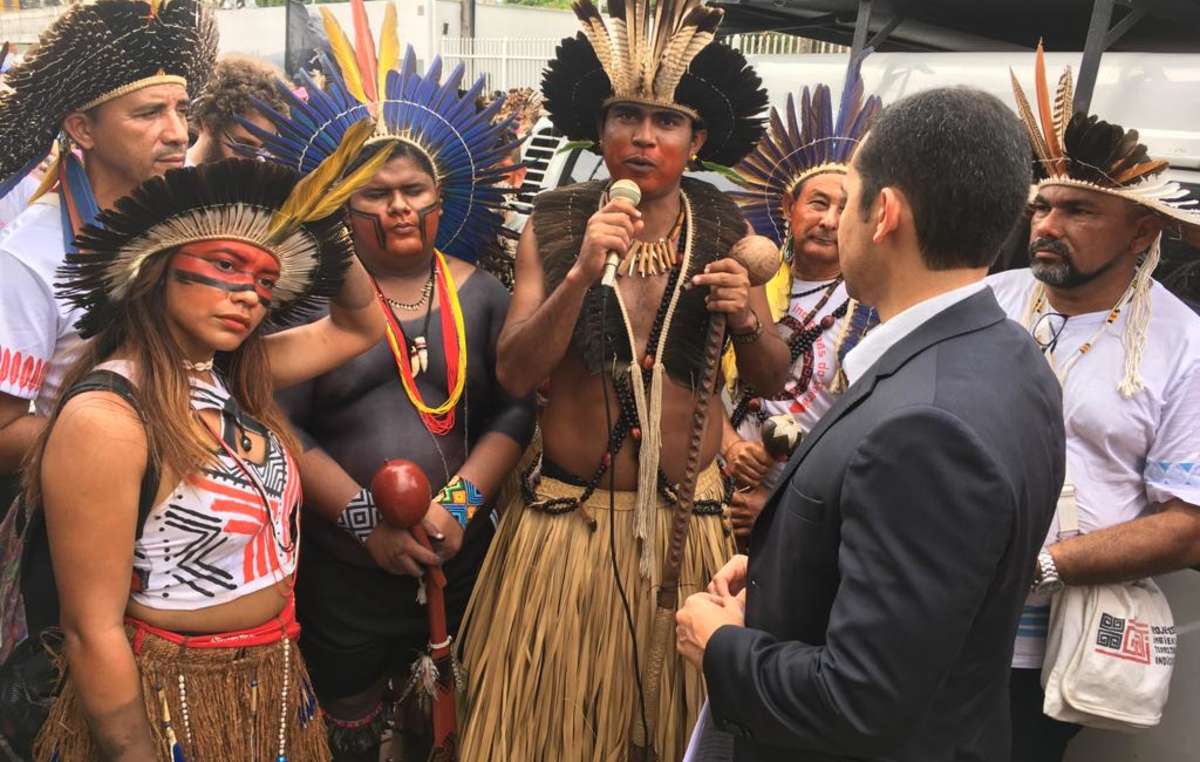 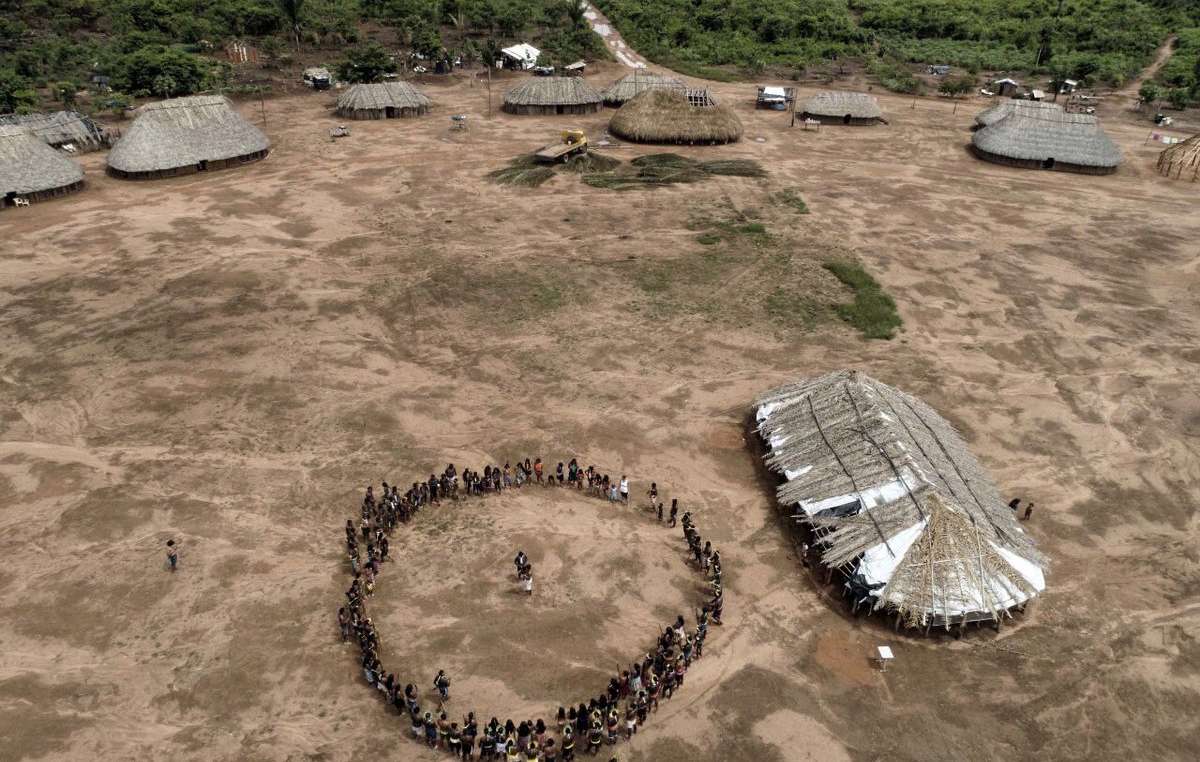 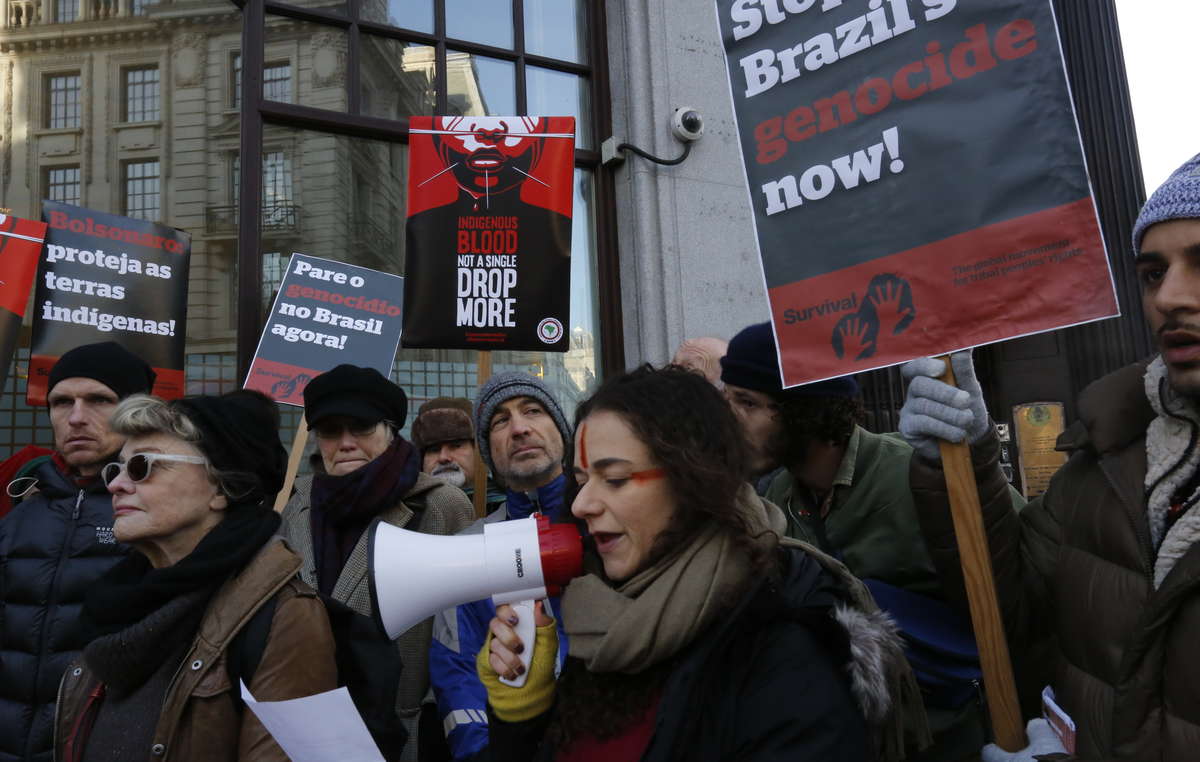 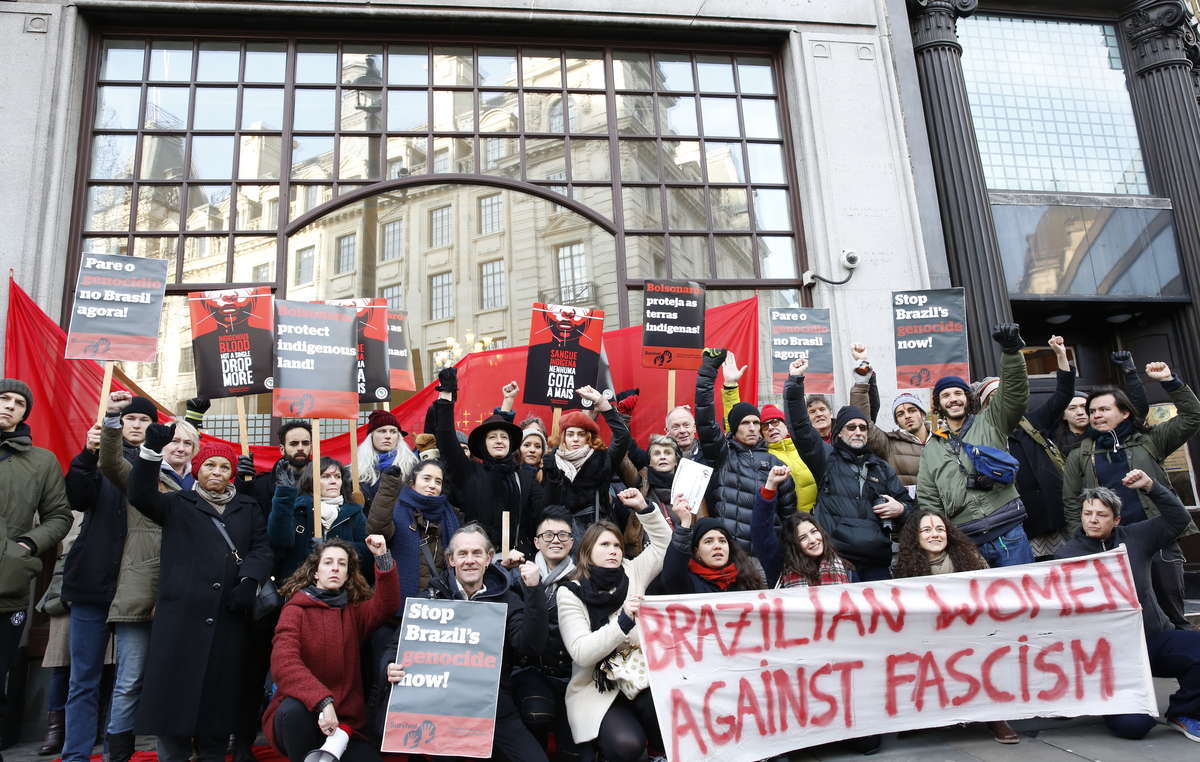 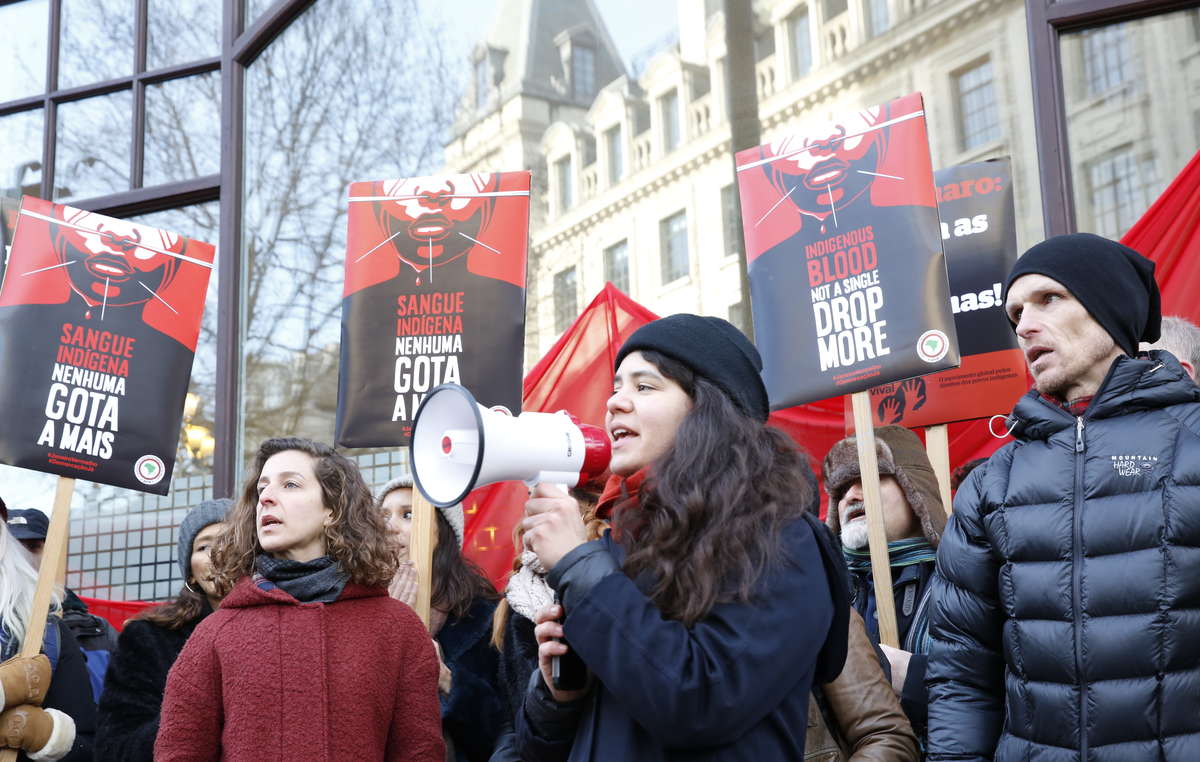 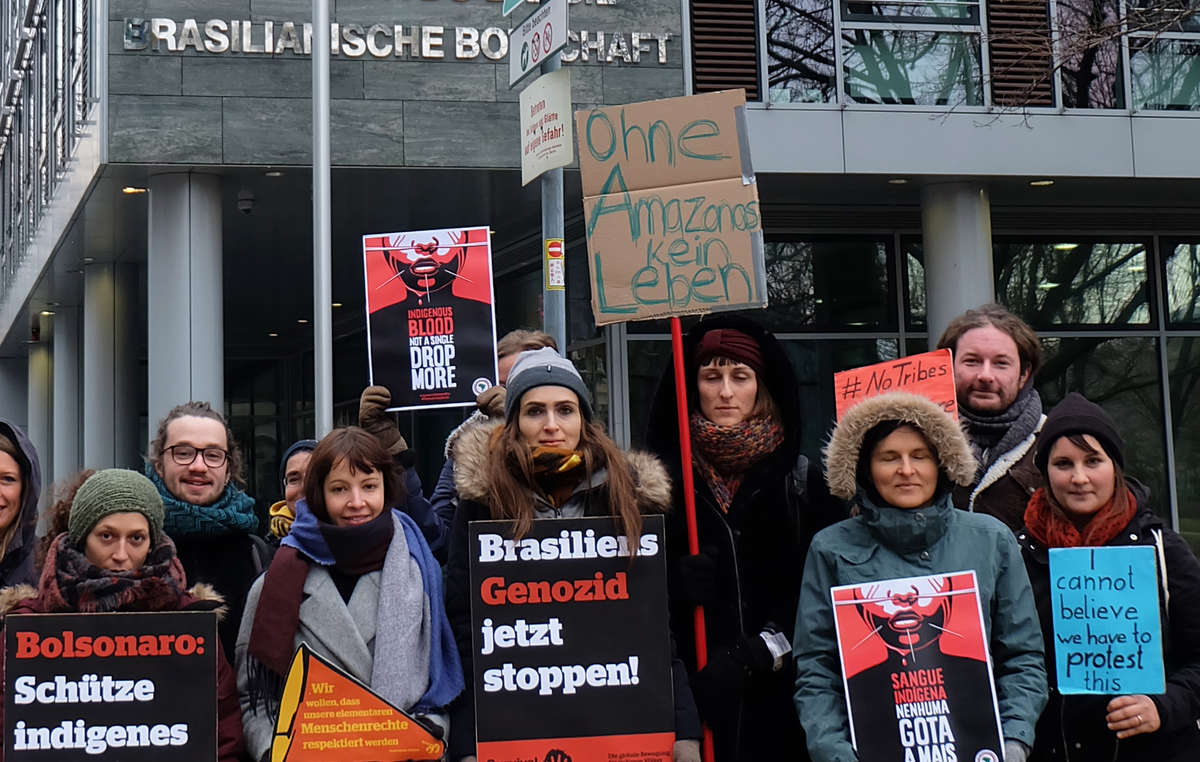 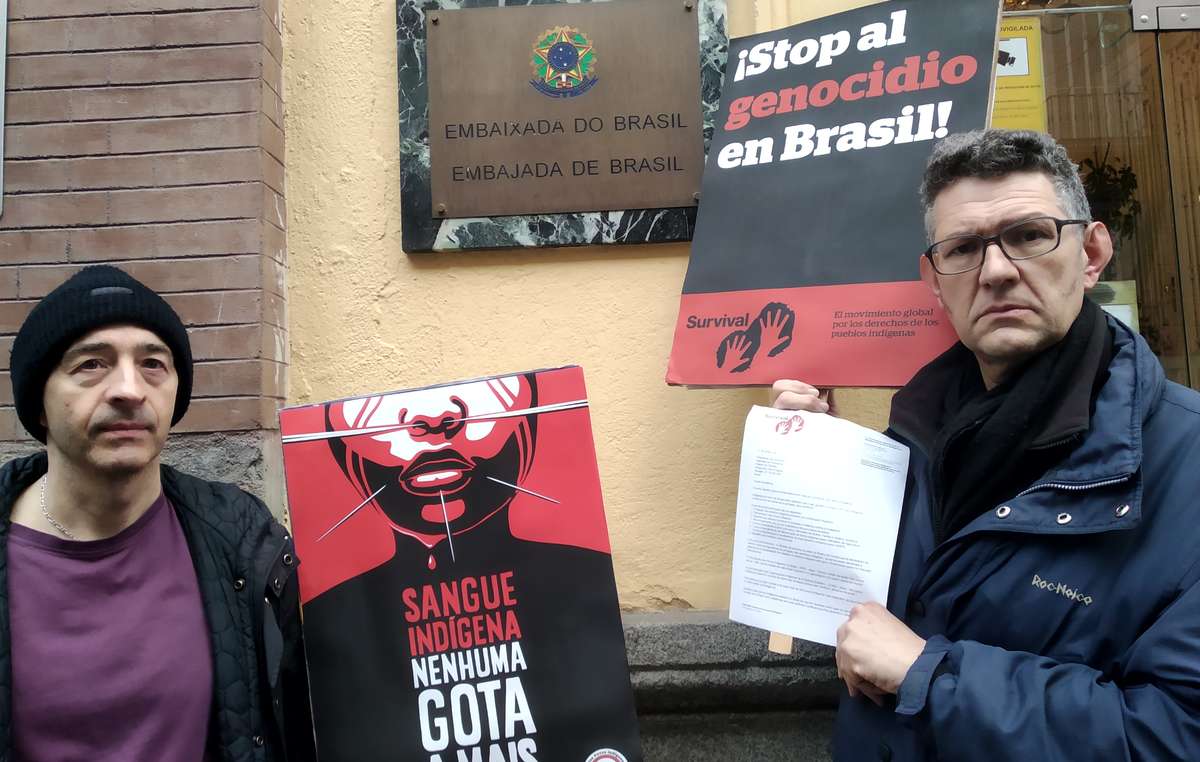 Protesters in Madrid, Spain handing a letter to the Brazilian Embassy, calling for an end to Indigenous rights violations. © Survival International 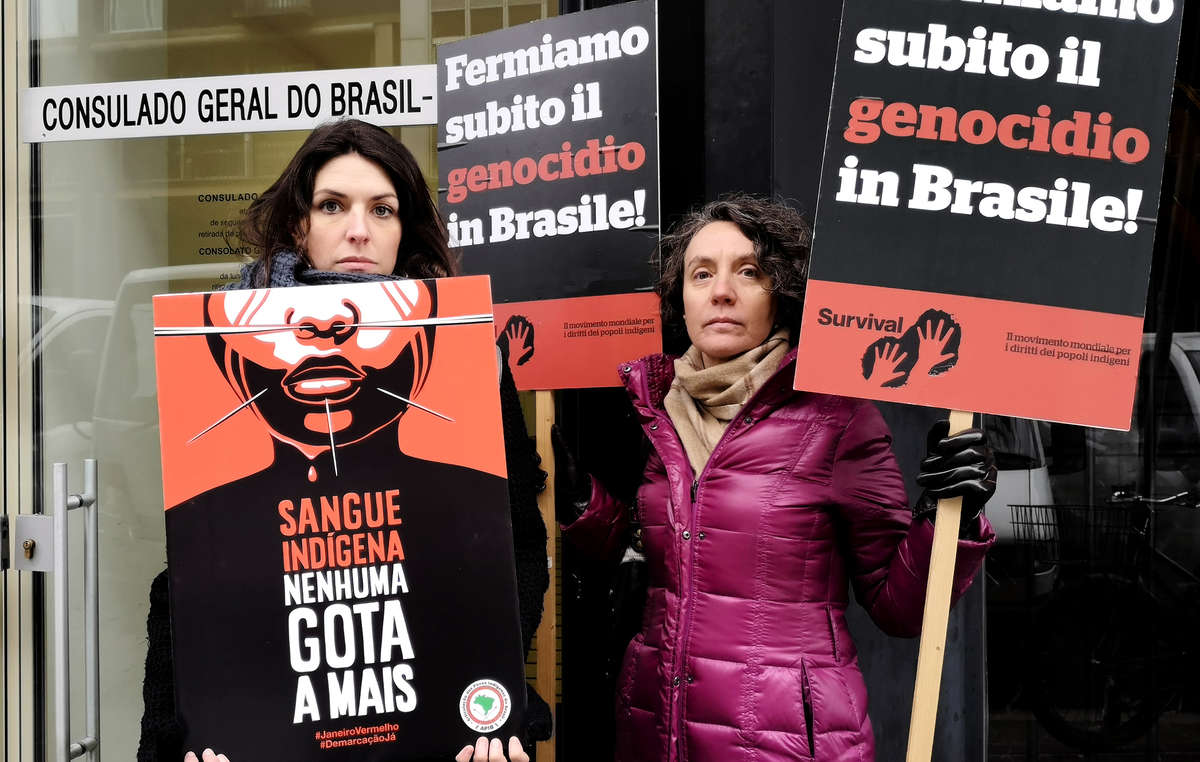 Protesters in Milan, Italy outside the Brazilian Consulate. © Survival International 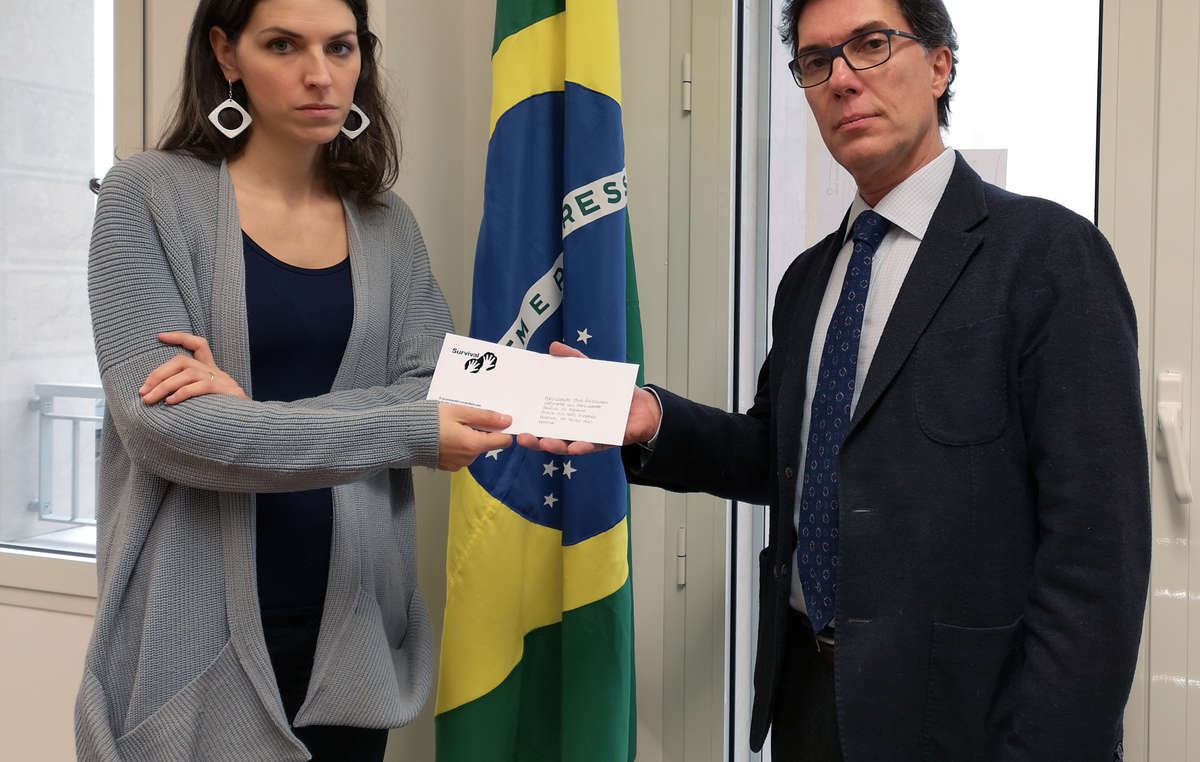 Survival protester hands in a letter to the Brazilian Consulate in Milan, Italy. © Survival International 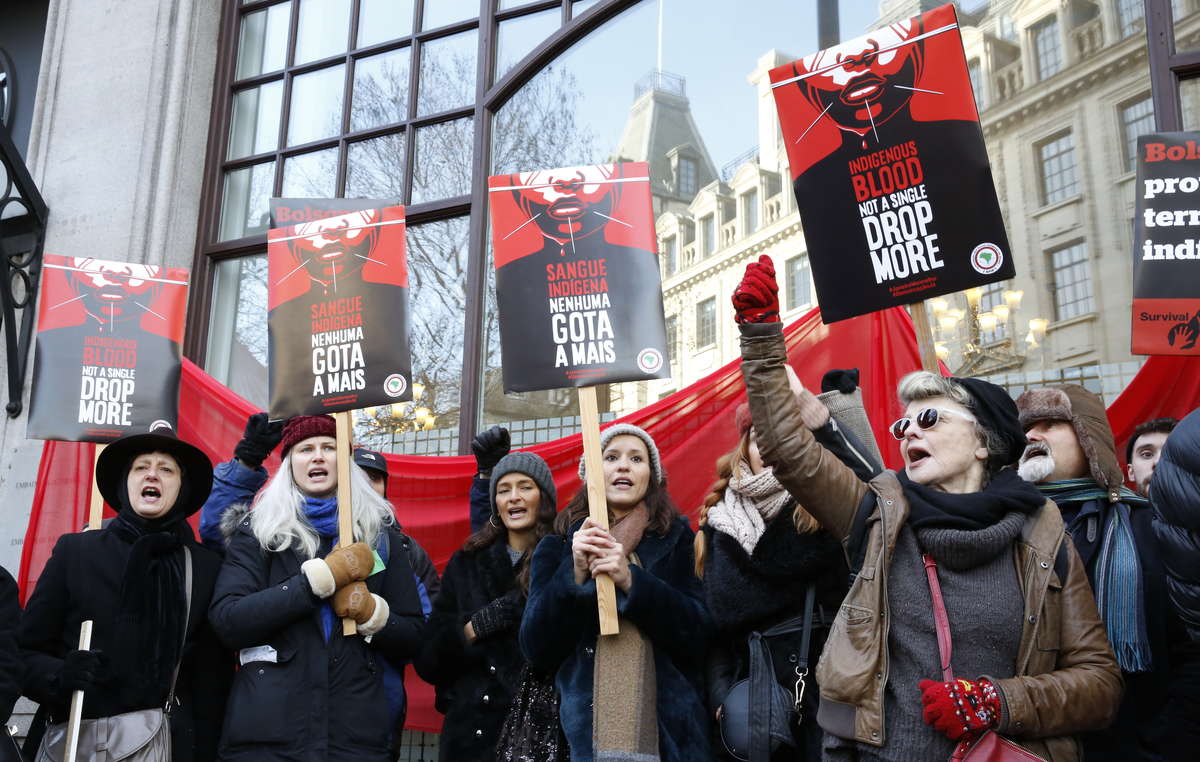 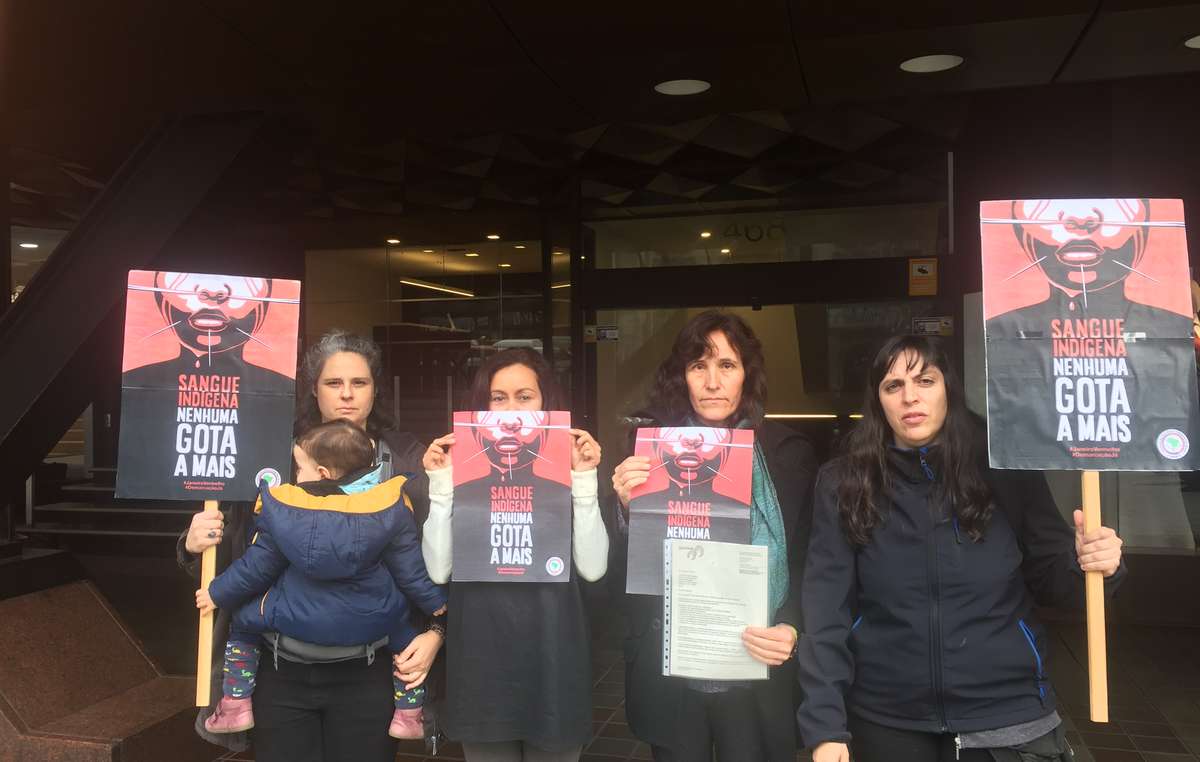 In Barcelona, Survival handed in a protest letter to the Brazilian consulate. © Survival International