The European Union has suspended its funding of a controversial WWF project that aimed to create a protected area in the Congo Basin, after several investigations confirmed a persistent pattern of abuses against the Baka “Pygmies” who live there.

The Baka have been subjected to beatings, torture, sexual abuse, wrongful arrests and killings, by rangers funded and supported by WWF.

WWF has been working in the Congo Basin for over 20 years – supporting squads who have committed violent abuse against tribal people. © WWF

Survival met with the European Commission team in charge of the Messok Dja project in February 2020, and stressed that it had never had the consent of local people – and it was therefore against EC commitments for the project to go ahead.

The unprecedented suspension of the EU’s support for the project is a major victory for the Baka’s resistance to the scheme, and for Survival’s supporters, who campaigned with the Baka for the project to be abandoned. 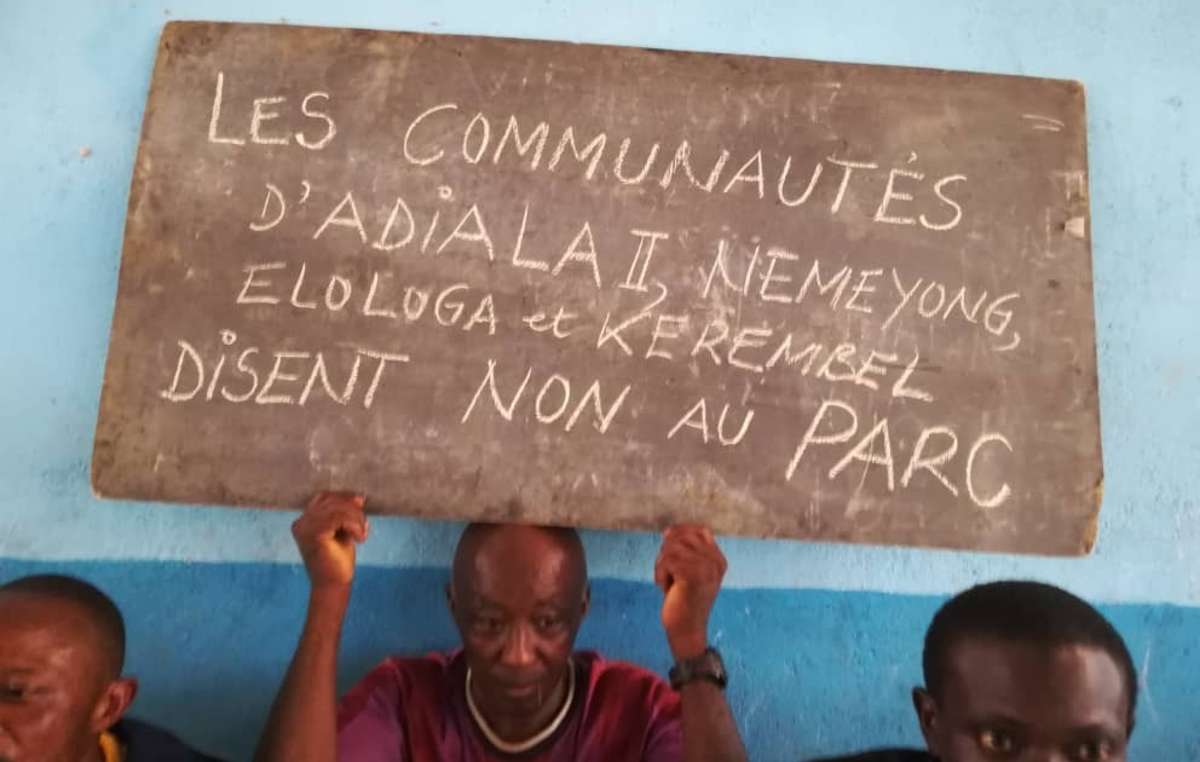 Local people hold up a sign saying “No to the Messok Dja park.” © Survival

Fiore Longo, head of Survival’s #DecolonizeConservation campaign, said today: “The Baka have lived on this land since time immemorial. They have never agreed to give any part of it up for the WWF project but have nevertheless been excluded and intimidated from using it for years.

“This has already begun to destroy their communities and way of life. This fact means it’s far too late to obtain their prior consent, which makes it impossible for the project to go ahead, or to be funded, without violating EC commitments and UN human rights norms and policies.

“We’re delighted that the EU have finally recognized the fatal flaws in this terrible project. They must now scrap the scheme completely. It was a product of the worst kind of colonial conservation, stealing the Baka’s land and evicting them from it, then making their lives a misery. Congo Basin forests will only be protected by working with the Baka, and truly listening to them, rather than behaving like a 19th Century colonial power.

“For 100 years conservation in Africa has been imposed on local people by Europeans arrogant in their certainty that they know best how to care for the natural world. This has always been a fallacy, but only now, through the pressure of an intensive public campaign, is it beginning to be recognized, and hopefully addressed. We hope this decision will be a precedent for the countless similar schemes being forced on local communities by Western conservation organizations.”