Messok Dja is an area of Congo rainforest which is especially rich in biodiversity. It’s the ancestral land of Baka people who have managed the forest since time immemorial. They are its best guardians.

WWF is trying to establish a conservation zone there without the consent of the local communities. They’ve funded park rangers who have committed violent atrocities against the Baka. Act Now to get the project scrapped.

Dede from the Baka tribe explains how WWF are violating the rights of the communities living in the Messok Dja area of Congo Rainforest.

We suffer these terrible beatings when we haven’t done anything. If they see us, they just beat us with machetes.
Dede, a member of the Baka tribe, whose ancestral land is being stolen for “conservation”

• WWF are trying to establish a protected area for conservation on land that belongs to the Baka people in the Congo. The project is being funded by logging and palm oil corporations, among others.

• The Baka have an intimate connection to this land, where they’ve lived since time immemorial. They also rely on the forest for medicine, food, and shelter. They do not want this park on their land and have not given their consent to it.

• The Baka have their own sophisticated codes of conservation. The area is rich in biodiversity because they look after it well.

• Rangers who are funded and trained by WWF have assaulted, robbed and murdered Baka people in the name of “conservation.”

• Survival International first wrote to WWF warning them not to steal tribal lands to create national parks and protected areas nearly 30 years ago.

• WWF has covered up the abuse, supported the perpetrators, and continues to push for the creation of protected areas on tribal land.

What is happening at Messok Dja is Colonial Conservation – powerful global interests are seizing control of the land and resources of indigenous and tribal people and claiming they are doing it for the good of the planet.

What is happening at Messok Dja

Messok Dja is an area of Congo rainforest which is especially rich in biodiversity. WWF is trying to establish a conservation zone there, which means tighter controls on how the land can be used and who can go there, but it’s the ancestral land of many Baka people. 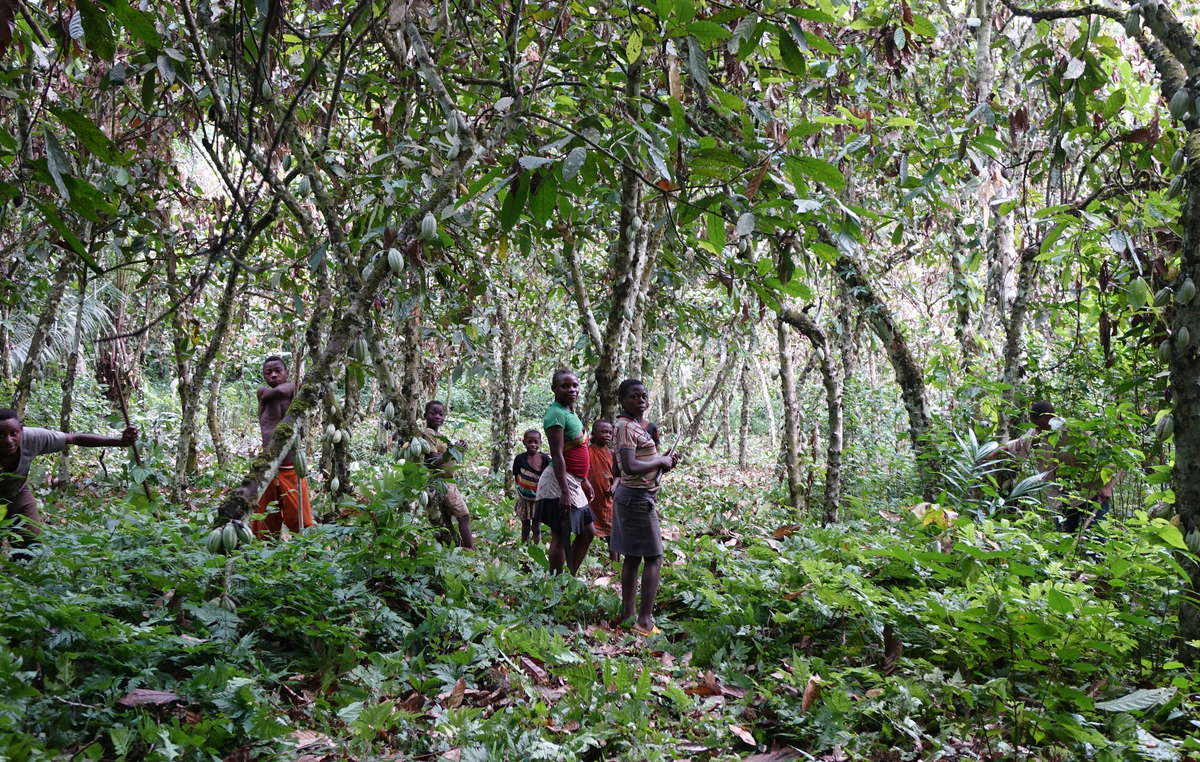 The forest is our life. They’re stopping us from feeding ourselves. We are going to die. We are forest people. If this doesn’t stop, all the Baka will die.
Baka man, Messok Dja

The Baka communities who live in Messok Dja rely on the forest for their livelihoods. Their relationship to the forest is central to their way of life and their identity as a people. They tell us they cannot survive without it.

When we aren’t feeling well, we go into the forest. We don’t have pills. We use the bark of the trees and that heals us. The pills are just sedatives.
Baka man from a community near Messok Dja

International law says that any projects taking place on tribal land can only go ahead with the agreement of the people whose land it is. The Messok Dja project has broken this law: WWF did not secure the free, prior and informed consent of the local communities before they started the process of creating the park.


Paulette from the Baka tribe explains how the forest is now off limits to her and talks about abuse committed by park rangers backed by WWF.

They’ve closed off the forest to us. If we go there, they beat us. It’s terrible what these people have done. The forest has been completely taken over.
Paulette, a member of the Baka tribe living in Messok Dja

There are armed rangers patrolling the area even though the park is not yet established. They have committed violent atrocities against local people, like the Baka and their neighbors the Bakwele. WWF has been aware of this for many years but has done little to tackle the problem.

WWF arrived in our forest and is establishing boundaries without our consent. No one has even explained to us. They just told us that we no longer had the right to go in the forest. Already the ecoguards are making us suffer. They beat people but they don’t protect elephants.
Baka villagers, Congo

Baka people who have been forced out of their forests often end up destitute; living permanently in roadside camps where they suffer from extreme poverty, high child mortality, disease, addiction, and exploitation.

The communities living in Messok Dja are already being prevented from using the forest even though the conservation zone has not yet been established. They are cut off from their food and medicine. They cannot practice their rituals or educate their children in the skills and expertise of previous generations. 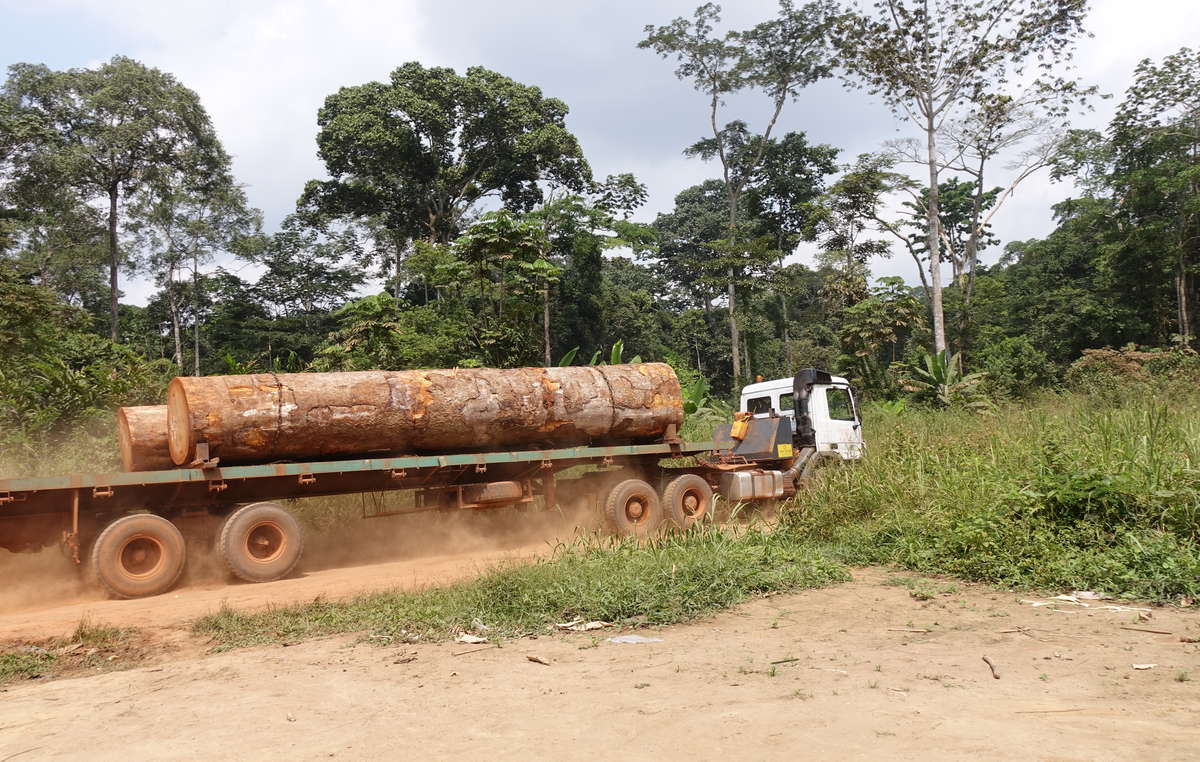 Much of the Congo rainforest is being logged. Big conservation organizations often form partnerships or agreements with logging companies.
© Survival International

The Baka conserve nature. We don’t have those machines people use to cut down trees. We climb trees to collect honey but we don’t harm the trees. Logging companies dig up trees and cut down everything.
Baka community chief

Besides WWF, the park’s creation is being funded by logging and palm oil corporations. It is also receiving support from the UNDP, the European Commission (EC), the US and Congolese governments and the Global Environment Facility, though the EC support is currently suspended after a massive international campaign led by the Baka and Survival.

WWF claim to be doing what is best for the environment at Messok Dja, yet they are destroying the Baka people, who possess an intimate understanding of how to manage this precious ecosystem, and have a deeper connection to this land than anyone else.

80% of Earth’s biodiversity is in tribal territories. Evidence proves that the original custodians of the land know it and look after it better than anyone else. 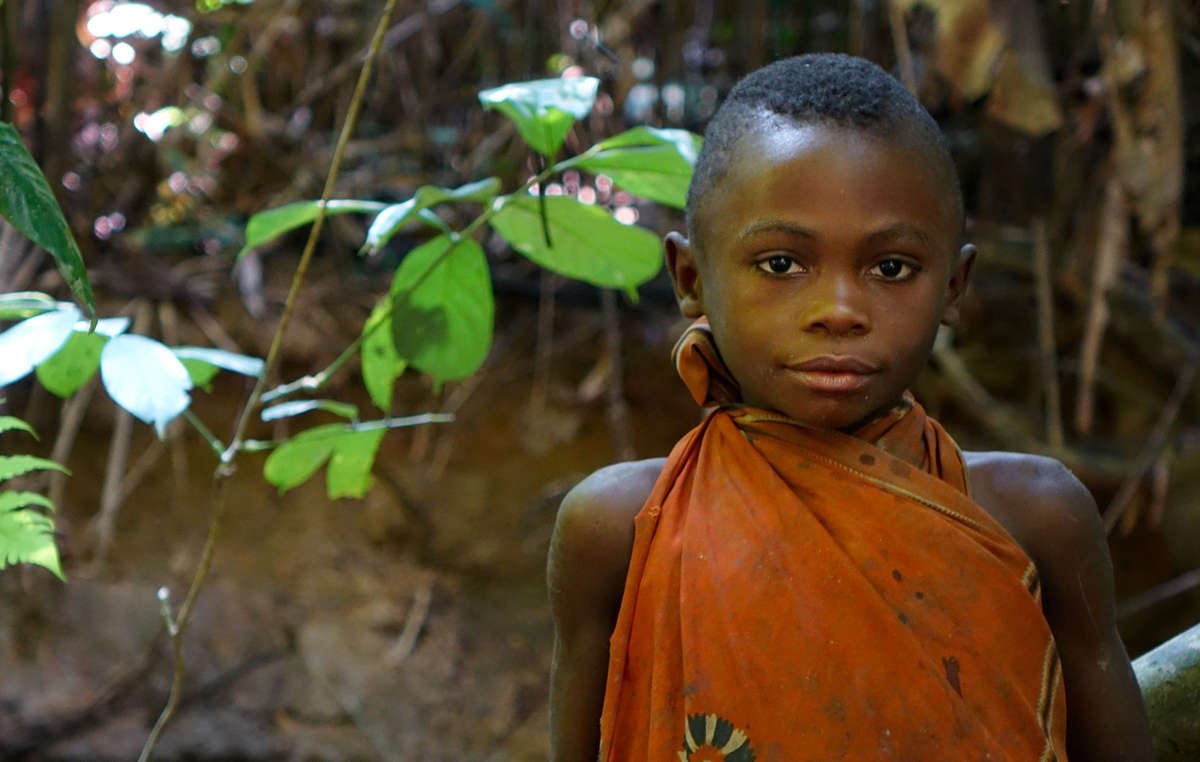 A Baka girl in Republic of Congo.
© Survival

We are fighting alongside the Baka to #StopMessokDja.

We’re campaigning against the atrocities committed in the name of “conservation.” Join us now to #DecolonizeConservation and champion a new approach that puts tribal peoples at its heart.

Since the campaign launched in 2018:

• The US and German governments and the European Commission have launched investigations into human rights abuses in the name of conservation.
• A bill has been proposed in the US House of Representatives aiming to prevent government funding going to conservation projects that violate human rights.
• The UN Development Programme (UNDP) has drafted a report which found that agents supported by WWF beat up and intimidated hundreds of Baka.
• The European Commission announced in May 2020 that it was suspending its funding of Messok Dja, in an unprecedented victory for the campaign. Survival met with the European Commission team in charge of the Messok Dja project in February 2020, and stressed that it had never had the consent of local people – and it was therefore against EC commitments for the project to go ahead.

YOU helped make this happen. Our supporters spoke out in solidarity with the Baka people and their neighbors the Bakwele to amplify their voices and change the world in their favor.

But WWF are still pushing ahead with the project, even though their own investigations have confirmed the Baka did not consent to it, and continue to gloss over human rights abuses carried out in their name.

The Baka and Bakwele thank you for all you are doing to stop WWF. The Baka give you courage in your fight so that you can continue.
Member of a Baka community living at Messok Dja

We take no funding from governments.

We rely on your donations to keep fighting alongside tribal peoples worldwide.

Forest peoples of Congo Basin
Why do we need to Decolonize Conservation?
A letter from Survival and Congolese CSOs on colonial conservation
Letters from Baka people to WWF

Survival’s essential reading
• Survival’s Director Stephen Corry has written a series of articles exposing how the conservation movement routinely violates tribal peoples’ rights.
• A Colonialist Land Grab Is Happening Right Now in Congo
• When WWF’s conservation looks like colonialism, it’s time for a new approach
• ‘The source of the danger is black people’ — Why is racism normalized in conservation?

Act now to help the Baka

Send a message to the Director General of WWF and ask for the organization to stop supporting the creation of Messok Dja.

News from the Baka

News from the Baka