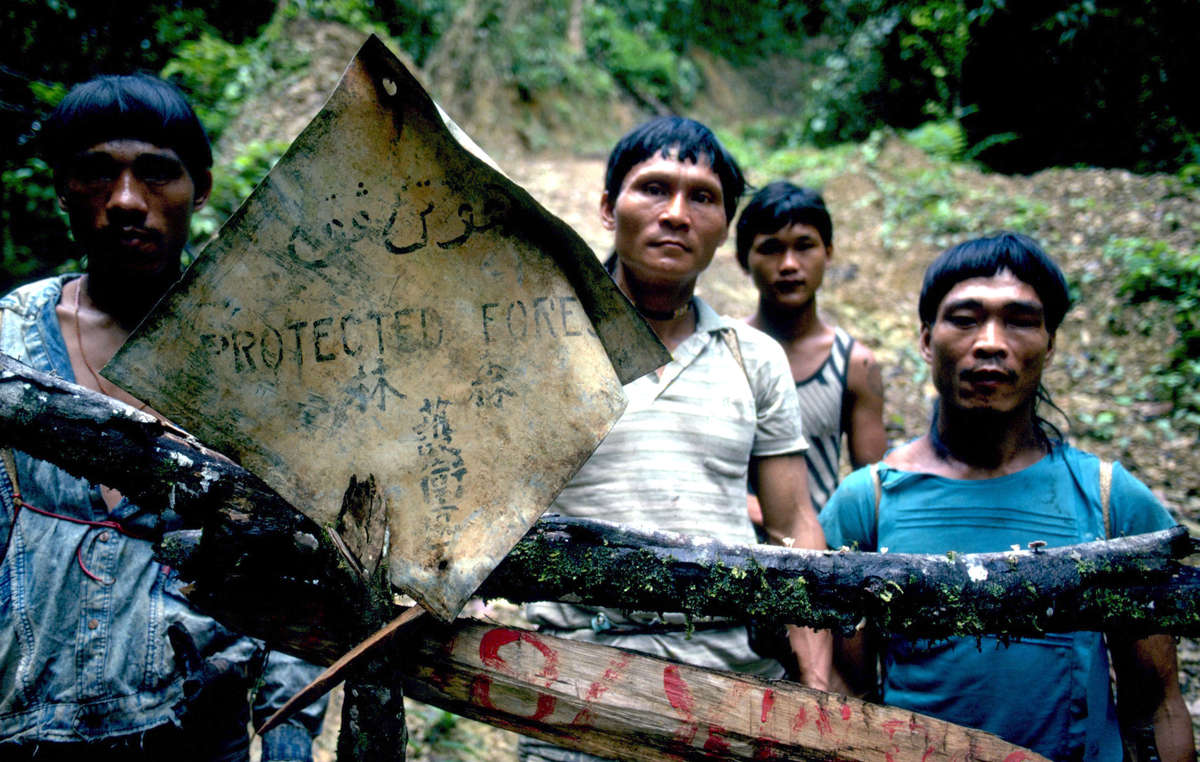 Under Taib’s rule the Penan have mounted countless blockades to stop their forest being destroyed. © Andy Rain/Nick Rain/Survival

This page was last updated on March 23, 2011 and may contain language which is now outdated.

Tribespeople in Sarawak, in the Malaysian part of Borneo, say the 30-year rule of Chief Minister Taib Mahmud has ‘raped’ their land, destroyed their rainforests and brought ‘hardship and suffering’.

This Saturday, March 26, will mark Taib Mahmud’s 30th anniversary as head of the rainforest state. Malaysia’s longest-serving Chief Minister, he has faced widespread and persistent allegations of corruption.

Taib Mahmud will face hotly contested elections on April 16. He has announced that he will retire after the polls, but observers are skeptical as no date has been given.

The Penan tribe have seen logging companies, licensed by Taib Mahmud’s government, devastate huge tracts of the forests they rely on.

Sarawak’s tribespeople have condemned Taib Mahmud for razing their forests. A member of the Tring and Berawan tribes told Survival, ‘Taib has been in power for 30 years, and most of our forests, maybe 80%, have gone. They have been chopped down by Taib and his cronies. He is just raping the whole thing, and now Indigenous people in Sarawak are really poor.’

Indigenous leader Jok Jau Evong said, ‘Taib thinks that Sarawak is his own property. The longer he stays on as Chief Minister, the more he thinks the state is his own to take.’

Taib Mahmud’s government does not respect the Penan’s hunter-gatherer lifestyle. He once said, ‘How can we have an equal society when you allow a small group of people to behave like animals in the jungle…. I owe it to the Penans to get them gradually into the mainstream so that they can be like any other Sarawakian.’

Many Penan have faced imprisonment for their opposition to the bulldozers.

Survival’s director Stephen Corry said today, ‘Taib has sold the Penan’s future to the highest bidder. When he took power, their rainforest was largely intact. Now, they’re fighting to protect the last patches of forest.’

Thousands of Penan and other Indigenous people will be unable to vote in the forthcoming elections, as they have not been issued with identity cards.