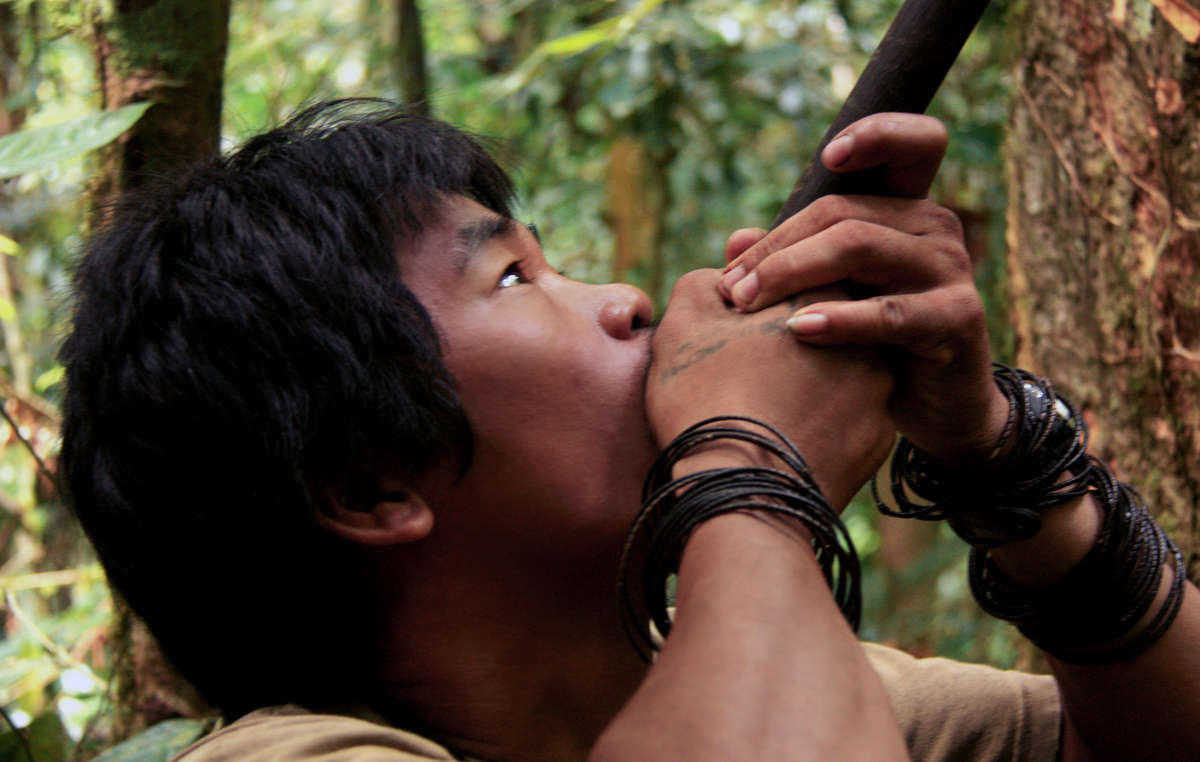 The Penan rely on the forest to hunt and gather. The Baram dam would have flooded 388 square kilometers of forest. © Victor Barro/Survival

The Baram dam, which would would have flooded 20,000 tribal people from their homes in the Malaysian state of Sarawak, has been shelved following years of protest.

Sarawak’s Chief Minister Tan Sri Adenan Satem announced recently that the decision to put the dam on hold was out of respect for the views of the affected communities, adding: “If you don’t want the dam, fine. We will respect your decision.”

The tribespeople whose homes and forests were to be flooded by the dam had been protesting and blockading the dam site for two years. They welcomed the news but insisted that the dam should not just be put “on hold until further notice,” but that assurances must be given that the dam will never be built.

They are also calling for the return of the land that was acquired for the dam site and for logging permits in the area to be revoked.

Many observers are skeptical at the governments sudden apparent wish to respect the wishes of tribal communities. Their rights to their land and to say no to logging, palm oil plantations and mega-dams have not been so readily recognized in the past. There may be more economic reasons why the dam is no longer considered viable – Sarawak’s existing dams can already provide more power than the state needs.

The tribal people affected by the dam, from the Kenyah, Kayan and Penan communities, have fiercely opposed it from the start. They are acutely aware of the difficulties facing those who were evicted to make way for other dams. They are struggling to hunt and gather, or to grow enough food on the small plots of land provided for them.

During the blockade against the Baram dam Lenjau Tusau, the elderly headman from Long Makaba village, reflected the courage and dignity of the protesters saying: “We will not leave. Our life is here, our culture. The land, rivers, and rocks belong to us.”

The Baram dam was part of a series of twelve hydroelectric dams to be built by the Sarawak government. In 2008, a document was leaked on the internet revealing plans by the state government to build these dams, despite having no market for the electricity they will produce.

Many local, national and international organisations, including Survival, have been campaigning against the plan to build dams in Sarawak for years. Hundreds of Survival supporters have written to the Sarawak state government protesting against the dams, logging and plantations. Survival is calling on the Sarawak government not to allow any developments on the lands of its tribal peoples without their consent.