Survival has located a Brazilian Indian, believed to be the oldest living person in the world, as she prepares to celebrate her 121st birthday.

Maria Lucimar Pereira is one of the Kaxinawá tribe, and lives in the western Brazilian Amazon. She says she will spend her birthday, on September 3rd , with her family.

Maria has never lived in a city and puts her longevity of life down to a healthy lifestyle. She only eats natural foods from the forest: grilled meat, monkey, fish, manioc (a root vegetable), and banana porridge. She does not eat salt, sugar, or any processed foods.

Survival’s Director Stephen Corry says this must have contributed to her length of life. He says, ‘All too often we witness the negative effects forced change can have on indigenous peoples. It is refreshing to see a community that has retained strong links to its ancestral land and enjoyed the undeniable benefits of this.’ 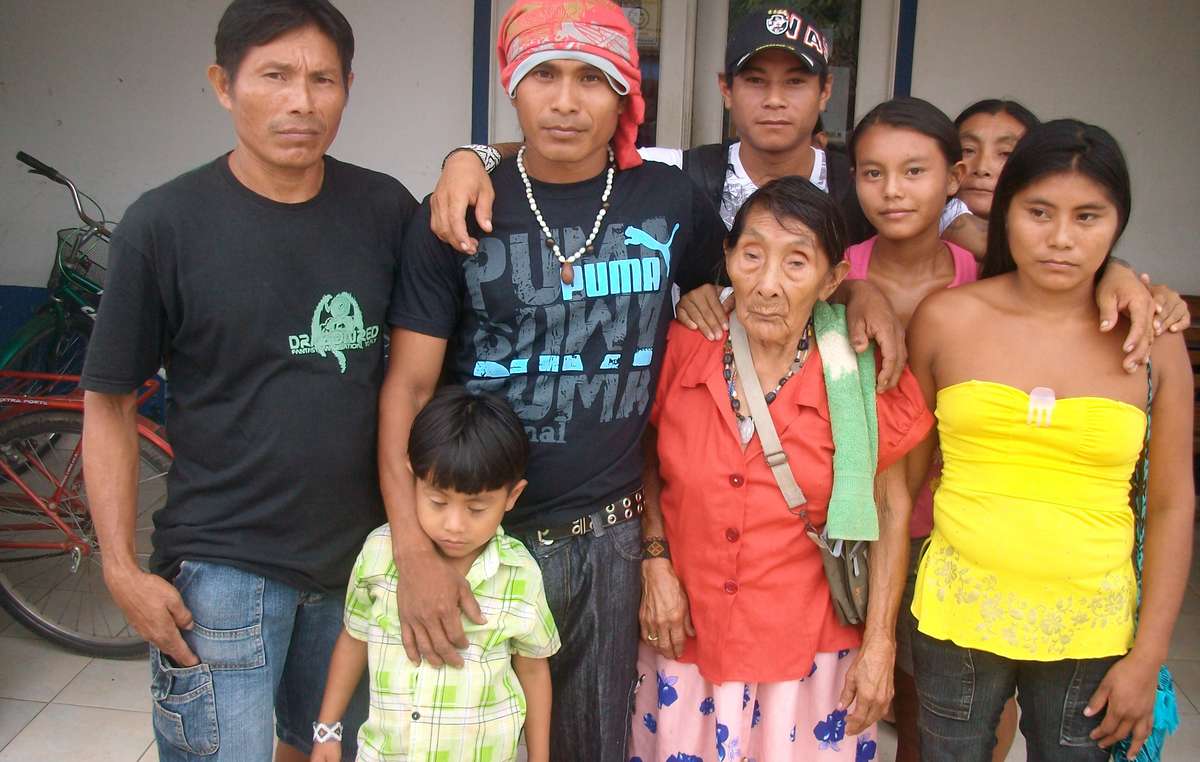 Maria Lucimar Pereira of the Kaxinawá tribe standing with members of her family. She is thought to be the oldest person in the world – she celebrated her 121st birthday in 2011. © INSS/Survival

Despite being nearly 121 years old, Maria remains healthy and relatively active. Community leader Carlos told Survival how she walks around the village sharing stories, and readily visits her grandchildren in neighboring areas. She only speaks Kaxinawá (not Portuguese), and occasionally travels to the nearest town, Feijó.

Her birth certificate was approved in 1985 (pdf, 1 MB), showing she was born in 1890. But old age does not appear uncommon in her village. Carlos says out of its 80 inhabitants, four are over 90 years old. They eat natural foods, and do not use soap or any artificial products from the city.

Maria’s life has spanned over a century that has witnessed dramatic changes. Most notably, the Indians suffered the effects of the rubber boom, which swept through the region at the end of the 19th Century, wiping out 90% of the indigenous population in a horrific wave of enslavement and appalling brutality.