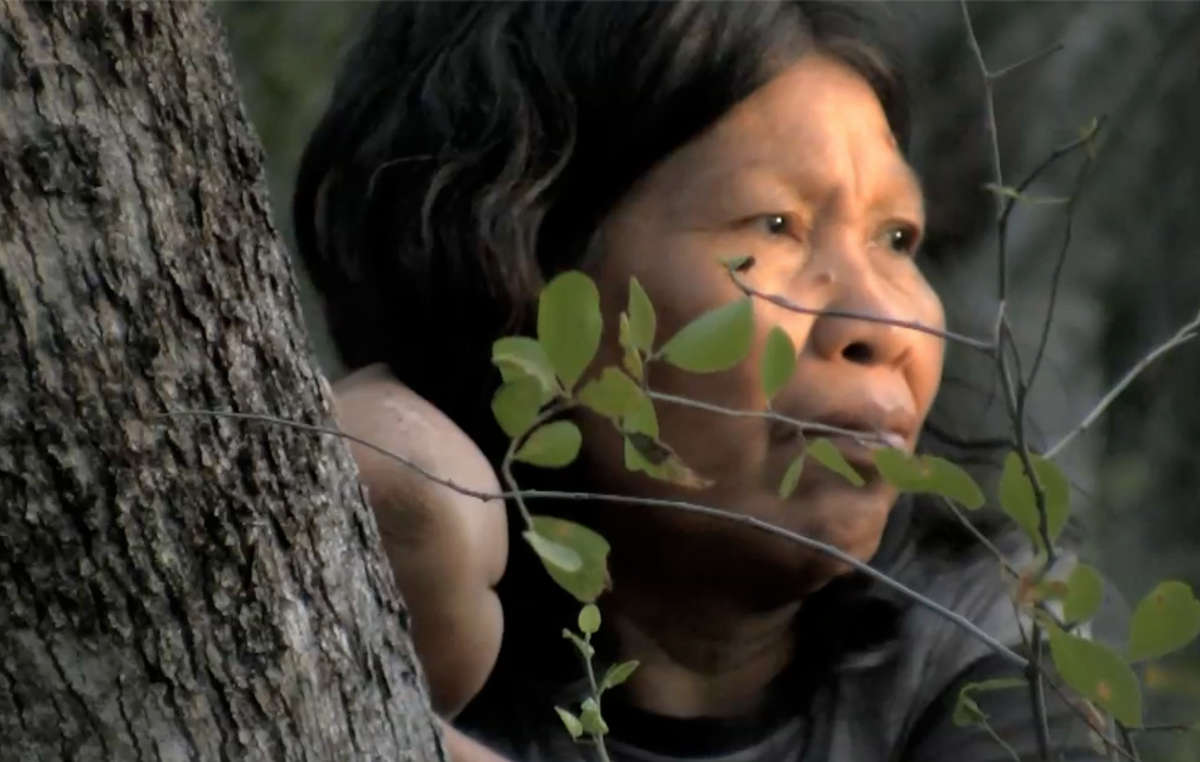 Ayoreo woman. Her uncontacted relatives are under threat from logging.
© Survival

In an official report, Paraguay’s Department of Indian Affairs INDI has confirmed that an uncontacted tribe is living on farmland in the northern Chaco region owned by a controversial ranching company.

INDI warned, ‘The Indians living in the area are forced to flee to other areas to avoid being discovered…to ignore the knowledge possessed by the original owners of the Chaco forest would be a foolish mistake.’

The evidence will have consequences for controversial cattle ranching companies River Plate and BBC S.A. who have already been accused of putting the lives of the Ayoreo at risk.

House of uncontacted Ayoreo, discovered when a road was bulldozed through their land. The next day the bulldozer returned and flattened the house.
© Survival

Satellite images from 2011 revealed their brazen destruction of almost 4,000 hectares of forest inhabited by uncontacted Indians, and led to the companies being charged with illegal deforestation.

Ayoreo organization OPIT has appealed for more to be done to protect uncontacted members who are being pushed out of their forest homes by River Plate’s work.

In February, Ayoreo leader Porai Picanerai told Paraguay’s Attorney General, ‘We ask you to stop deforestation in the Chaco, and to punish those who are killing the forest which we depend on for our survival.’

Survival’s Director Stephen Corry said today, ‘It’s encouraging the government has heeded Ayoreo calls to investigate the presence of their uncontacted relatives. However, actions speak louder than words. The government must now clamp down on illegal deforestation and guarantee the Ayoreo rights to land, which they have claimed for over 20 years. It’s imperative if the survival of their uncontacted relatives is to be safeguarded.’