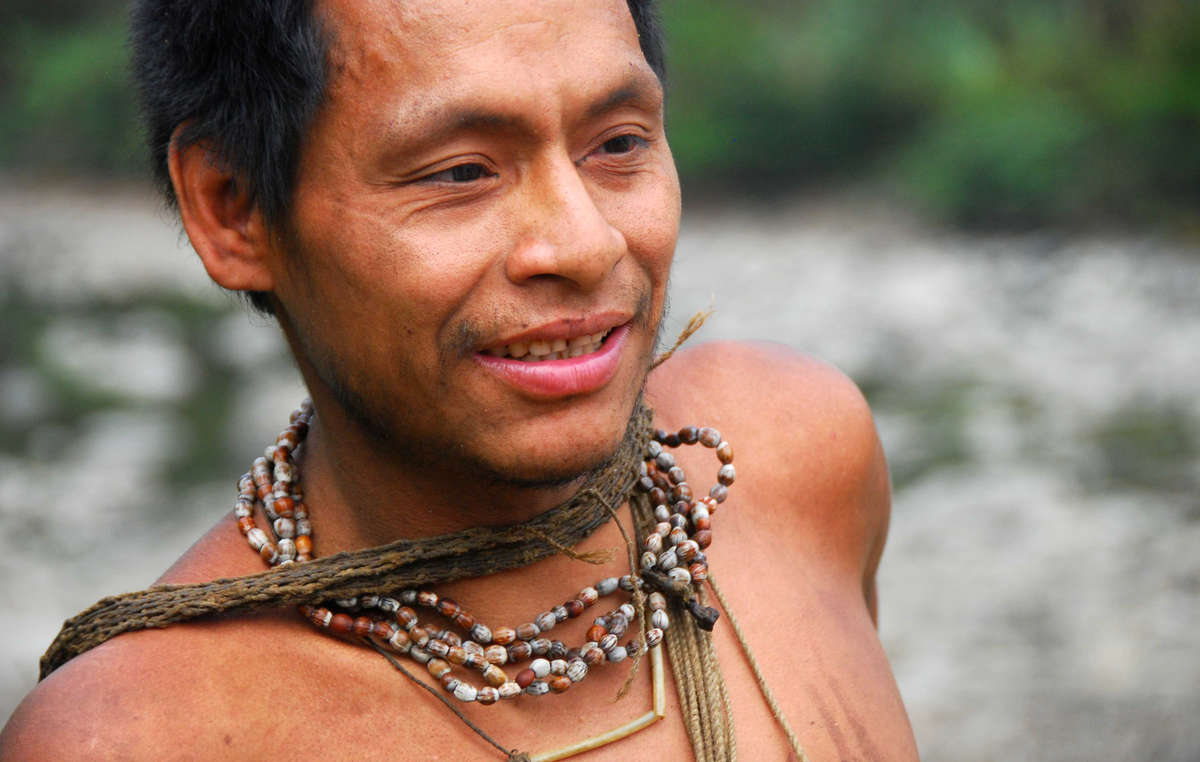 A Nanti man. His tribe’s land is set to be invaded as Peru furthers its gas exploration into protected areas. © Survival

The Nahua-Nanti Reserve in southeast Peru is known for its uncontacted Amazon tribes, but more controversially, for a wide stretch of gas fields called the Camisea project.

Only last month, despite 75% of one gas block already dominating the reserve, Peru’s Ministry of Mines and Energy gave the Camisea consortium the green light for more gas exploration.

And now Peru has gone further, releasing plans for the country’s first state-owned oil block, which will be inside the legally protected area.

Known as Fitzcarrald, and owned by PetroPeru, Survival can reveal the new site is projected to be east of Camisea’s Block 88.

If confirmed, its location will cut the Nahua-Nanti Reserve in half, and put uncontacted tribes’ lives in immediate danger.

Peru’s indigenous organization FENAMAD says ‘there is no doubt the government is attempting to cut up indigenous territories for gas exploration…which will be reflected in the genocide and ethnocide of indigenous peoples.’

The new plans are a clear violation of a 2003 Supreme Decree prohibiting any new development of natural resources inside the Nahua-Nanti Reserve.

Survival’s Director Stephen Corry said today, ‘These steps not only jeopardize the future of uncontacted and contacted tribes in the reserve, but also go entirely against the law. Previous gas exploration in this area has decimated Indian tribes, so it’s astonishing that the government is prepared to contemplate history repeating itself, and doesn’t appear to care what the consequences are.’