The Awá depend on hunting for their survival. Now they fear entering the forest because of illegal loggers in the area. © Survival International

A recent investigation by Brazil’s Indian affairs department FUNAI has uncovered shocking evidence that illegal loggers are rapidly closing in on the Awá, Earth’s most threatened tribe, sparking fears for their safety.

Only three weeks ago, a government team confiscated logging equipment in the Awá’s forest. However, the new evidence shows that illegal logging is continuing, and recent deforestation has been found only six kilometers away from an Awá community.

Logging roads are penetrating deep into the Awá’s lands, which by law should be protected by the Brazilian authorities. One Awá community is now surrounded on three sides by loggers.

‘Why are they doing this?’, one Awá man asked. ‘If you destroy the forest, you destroy us too’.

FUNAI official Carlos Travassos said, ‘There are a lot of loggers in the area… The Awá are feeling extremely threatened, and are scared to go to the forest to hunt. Conflicts could erupt if they move around their forest’. 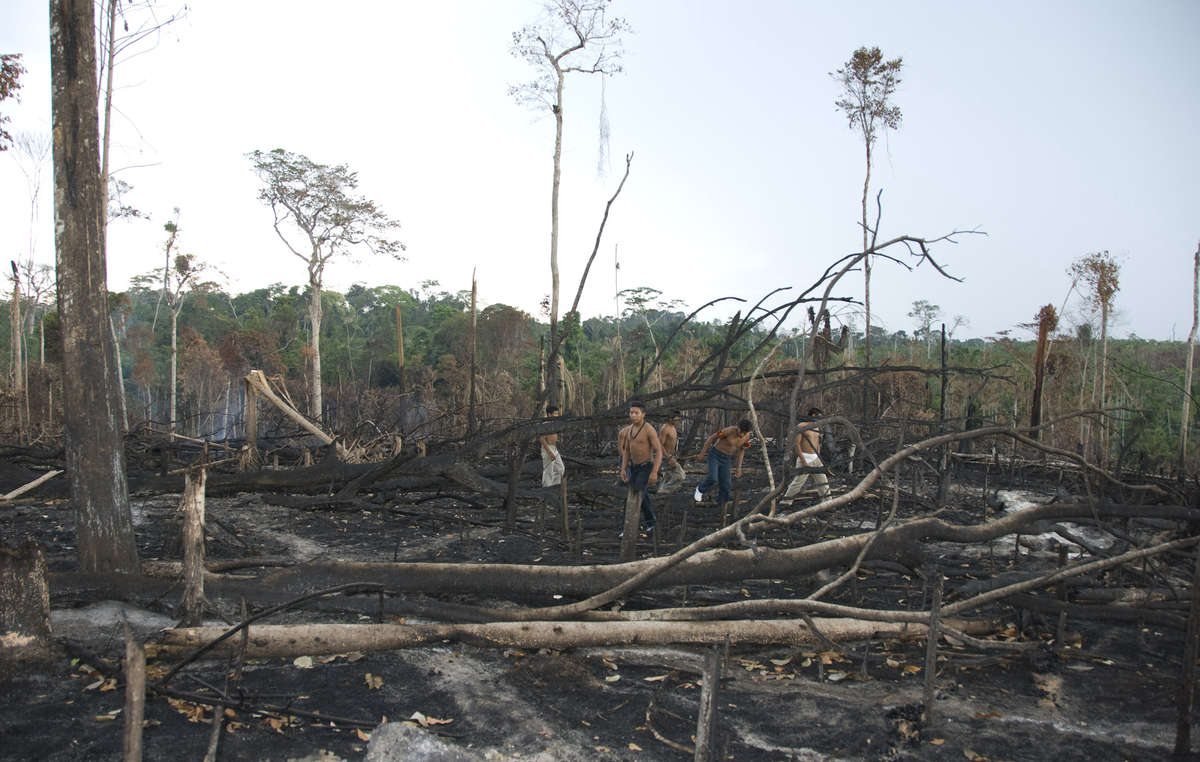 Awá walk among the burnt remains of their forest. © Fiona Watson/Survival

Attacks on the Awá are not uncommon. Last September, an Awá man was brutally attacked by loggers and left for dead, and in January reports emerged that an Awá girl had been ‘burned alive’, following another attack.

Now the Awá are again avoiding the forest on which they depend for their survival. The uncontacted Awá are especially under threat from violence and disease.

Four months ago Survival launched a campaign to save the Awá. More than 32,000 people have already sent a message to Brazil’s Justice Minister calling for the protection of Earth’s most threatened tribe.

FUNAI has announced a program for the Awá’s protection, and has said it will maintain a permanent presence in their territories. But until Brazil’s Justice Minister sends in the police to evict the invaders, little will change on the ground.

Survival’s Director Stephen Corry said, ’It’s distressing and unjust that the Awá are still being left to fend for themselves as their Amazonian home is steadily and violently invaded. Brazil has the police power to protect the Awá; it has the military might. It just needs the political will.’