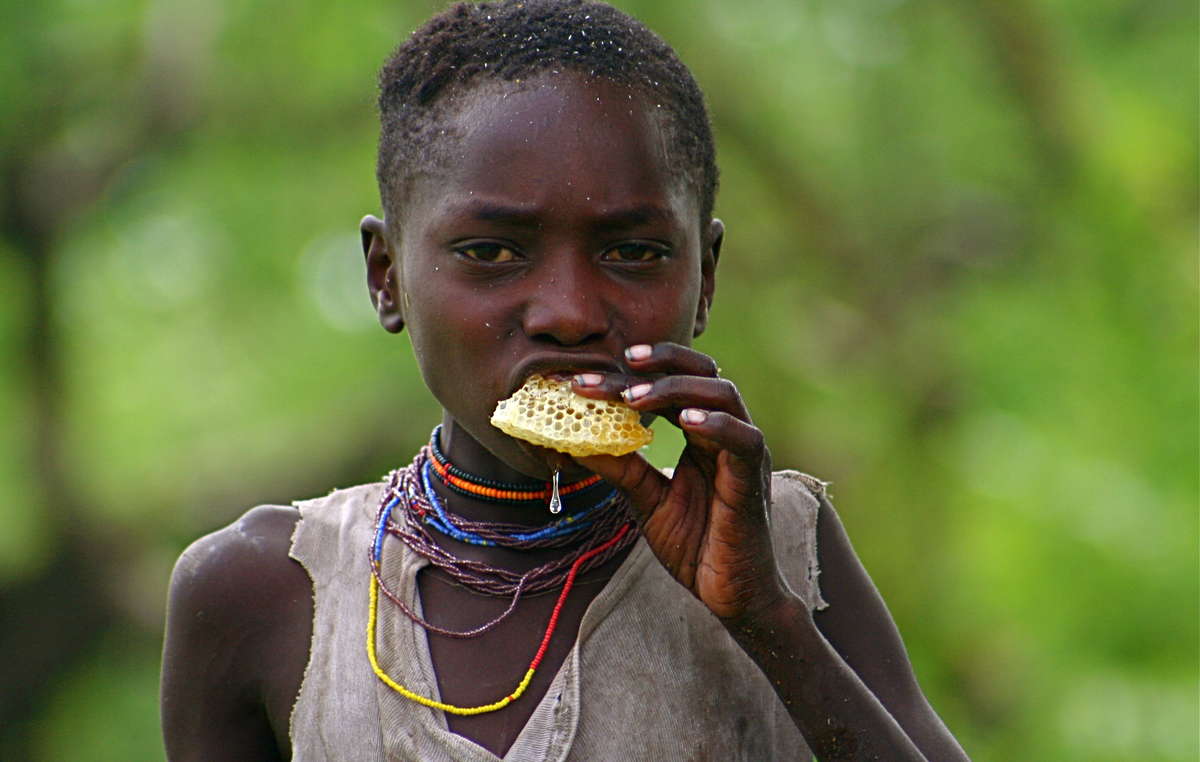 Hadza hunters in Tanzania use the song of an African bird to guide them to bees’ nests in baobab trees. © Joanna Eede/Survival

Survival International has published a picture gallery to celebrate the first anniversary of the Hadza tribe’s historic land victory in Tanzania.

An intimate picture of life in one of Africa’s last remaining hunter-gatherer tribes, the gallery illustrates their strong connection to, and dependence on, the land.

In October 2011, the Tanzanian government took the unprecedented step of recognizing the importance of land to the Hadza, by formally handing over land titles to a community of 700 people. The decision was historic; the first time Tanzania had ever recognized a minority tribe’s land rights.

1,300 Hadza live in northwest Tanzania, on the shores of Lake Eyasi. Whilst the majority now live in settlements, and supplement their diets with wild foods, approximately 300-400 Hadza survive almost entirely off the natural produce around them. 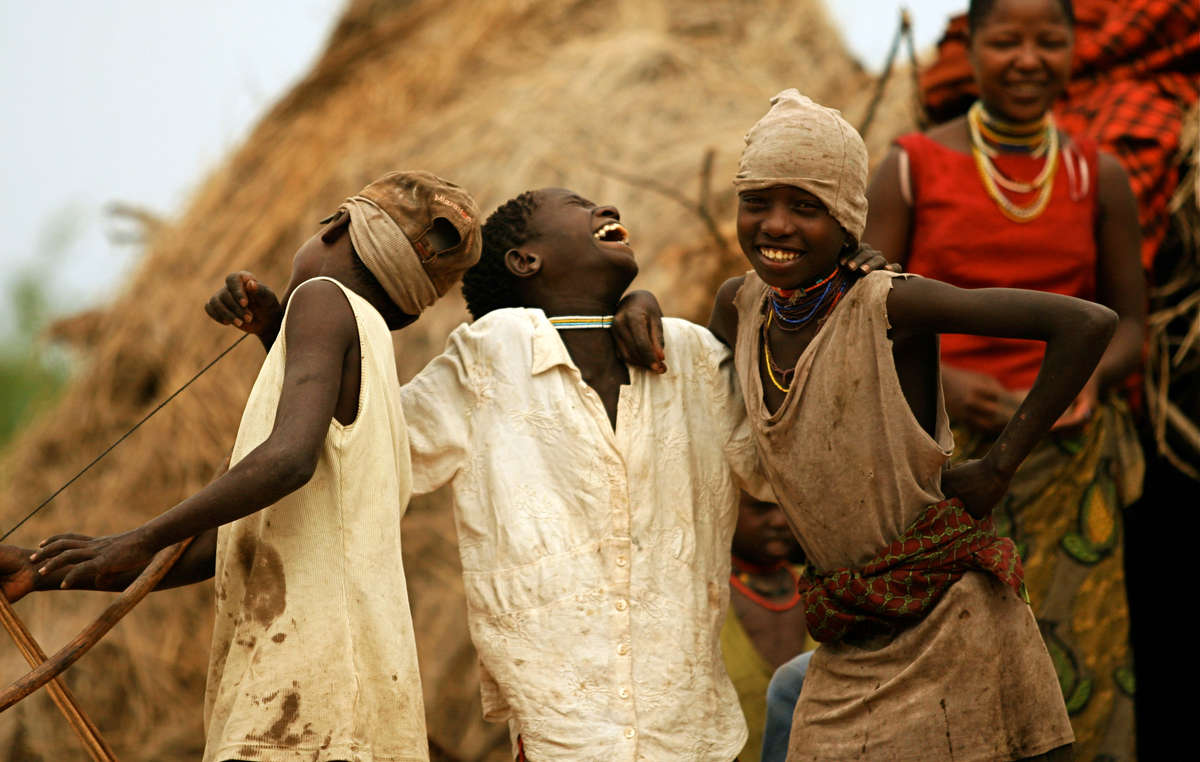 It explores how the tribe’s search for honey relies on a bird guiding them to bees’ nests in ancient baobab trees, and how their bowstrings are made from animal ligaments, and the arrows fletched with guineafowl feathers.

One Hadza man said, ‘We have no record of famine in our oral history. The reason is that we depend on natural products from the environment such as berries, tubers, baobab fruits, honey and many wild animals for food. By living in this way, the environment we depend on is not damaged and remains healthy.’

Having lived in the Great Rift Valley for millennia, the Hadza have an enduring connection to the land.

But over the last 50 years, the tribe has lost 90% of its land, along with the wildlife and plants it relies on for its livelihood.

One Hadza man said, ‘Because we do not plant crops or herd livestock, most people including government leaders, consider our lands to be empty and unused.’ 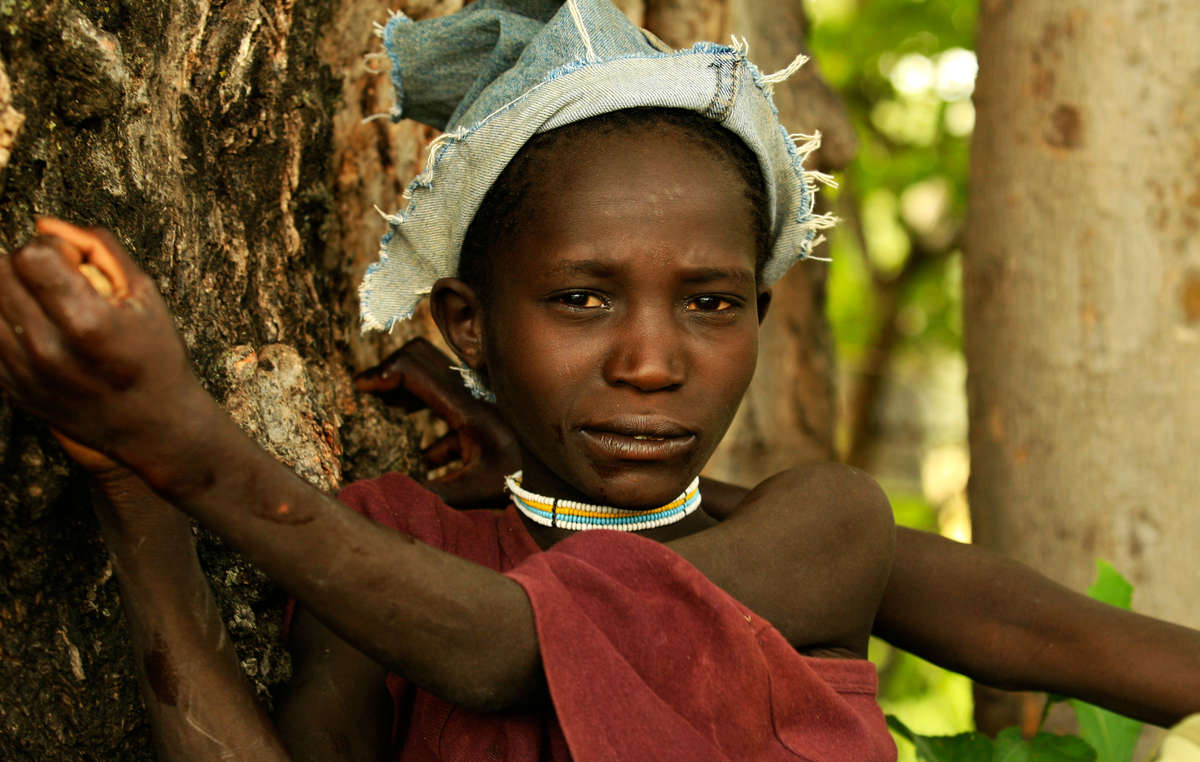 The Hadza have lived on their land for millennia. © Joanna Eede/Survival

Stephen Corry, Survival’s Director said today, ‘This is an anniversary that must not pass unnoticed. It is a huge success story for one of Africa’s last hunter-gatherer tribes. They have seen their land eroded over decades, but now some rightfully hold their land titles, enabling them to sustain themselves the way they have done, successfully, for thousands of years. Now, we must make sure other Hadza communities are given the same opportunity.’

Survival’s Hadza picture gallery is available for distribution on request.