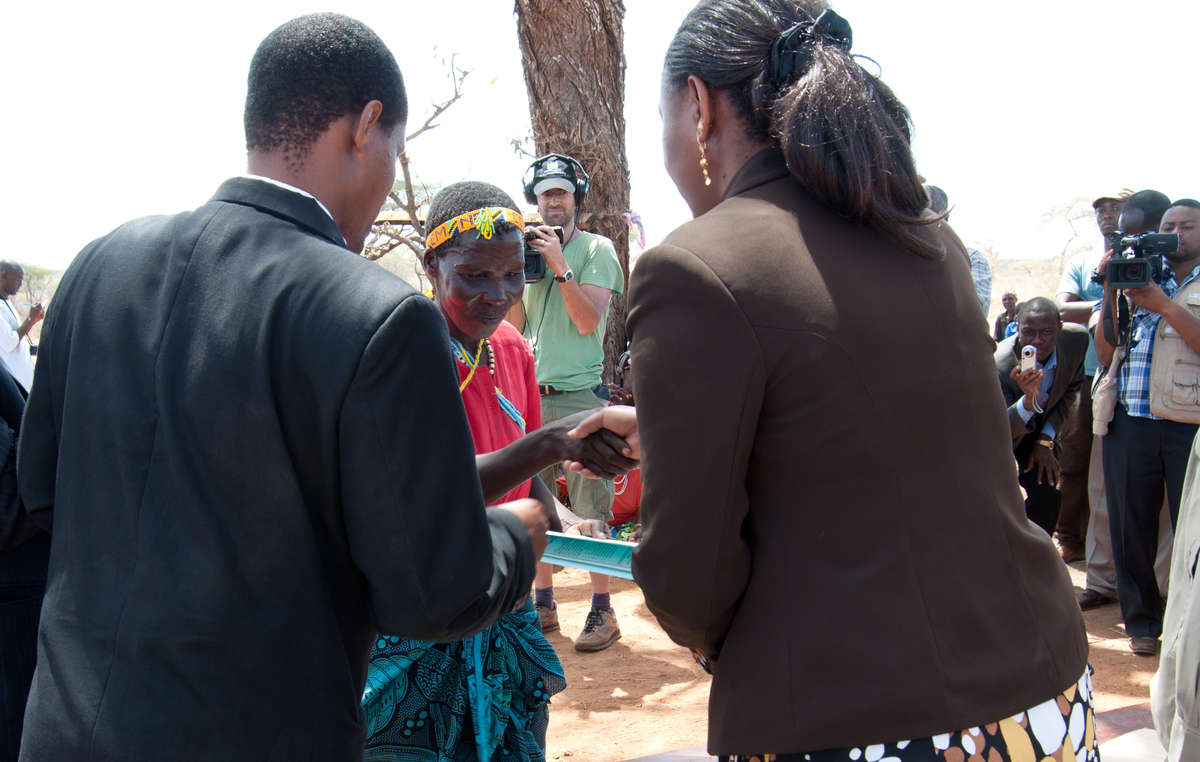 This page was last updated on November 4, 2011 and may contain language which is now outdated.

One of the very few hunter-gatherer tribes in east Africa has been celebrating the recognition of its land rights.

The land titles were formally handed over at a special ceremony held last month in the Hadza community of Domongo.

It is the first time that a Tanzanian government has formally recognized a minority tribe’s land rights.

Doroth Wanzala, the Assistant Commissioner for Land in the Northern Zone told those attending the ceremony, ‘We have resolved that the Hadza should be given official title deeds to ensure that the country’s last hunter-gatherers are not troubled by land-hungry-invaders, particularly in the wake of scramble for land.’

Naftali Kitandu, a Hadza representative said, ‘Invasion by other tribes who bring along herds of cattle and introduce farming in the valley has been threatening the survival of Hadza people who only depend on fruits, roots, honey and small animals for survival.’

Following the ceremony, one Hadza told Survival, ‘We are very happy. Now we need to make sure we get land titles for other Hadza communities.’

The Hadza are a small tribe of about 1,500 hunter gatherers living in north-west Tanzania. They speak a click language.

Until the 1950s they survived entirely by hunting and gathering. Living in small mobile camps, they had no ‘chiefs’ or formal political organization. Since then life has become increasingly hard as larger pastoralist tribes have encroached on much of their land, destroying much of the wildlife and plants on which the Hadza rely for their livelihoods.

A number of NGOs, including the Ujamaa Community Resource Team, supported the Hadza’s long quest for land rights. The organization’s lawyer, Edward ole Lekaita, said: ‘Indeed, this is a great achievement and successful story in the struggle of protecting Hadza’s livelihood for a promising future.’