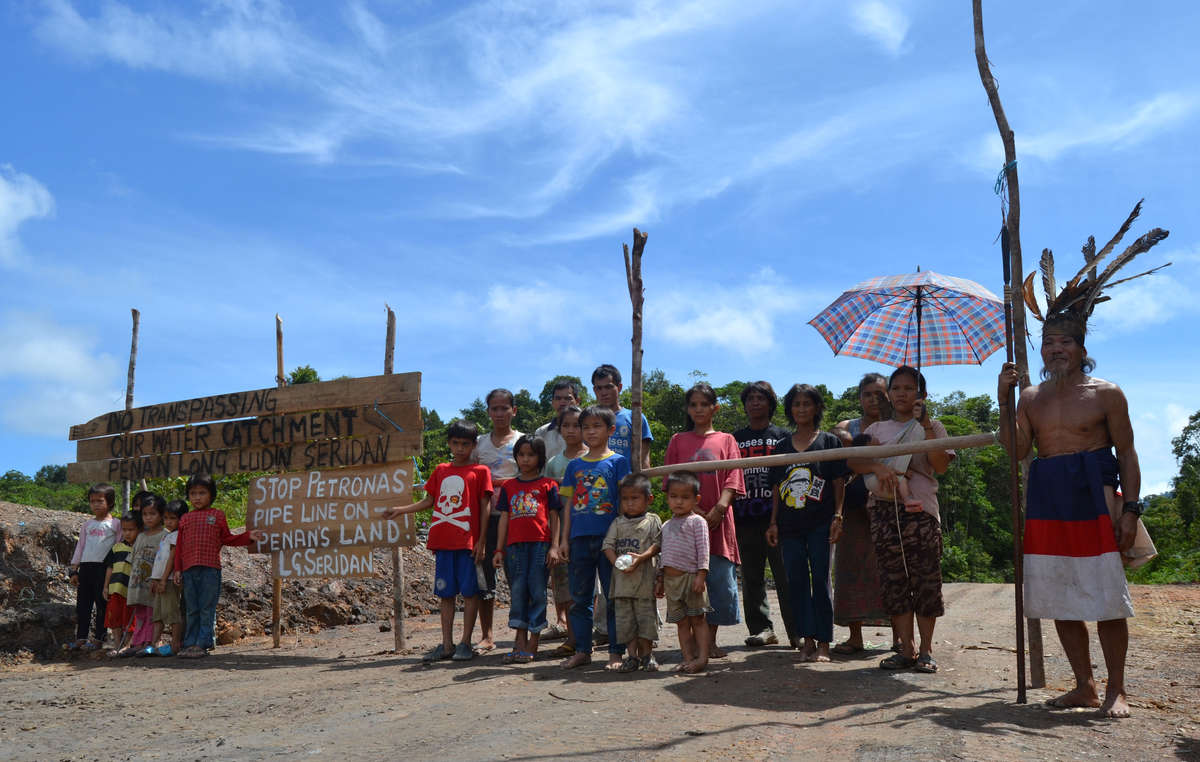 The Penan in Long Seridan are protesting against the building of a gas pipeline which is cutting through their ancestral land. © Survival

Penan from the Long Seridan region have mounted a blockade to protest against the building of a gas pipeline which is cutting through their ancestral land and destroying their source of drinking water.

The 500km pipeline is being built by the Malaysian national oil company Petronas and is nearing completion. It will transport natural gas from the Malaysian state of Sabah, south to the coast of Sarawak.

The pipeline cuts through the forest of many Penan communities. It will make hunting and gathering even more difficult for the tribe, which is already facing grave hardship after years of logging have devastated their land.

The Penan in Long Seridan began their blockade against the pipeline almost three weeks ago and have vowed to continue until their concerns are met.

At the same time, another group of Penan from Long Daloh, more than 60 km away, have also been protesting against logging on their land and the Baram dam which threatens to flood their homes and the forest they rely on for their survival.

If it goes ahead, the Baram dam will displace approximately 20,000 tribal people. Many Penan, and other indigenous communities, have already protested against the Baram dam and called for it to be cancelled.