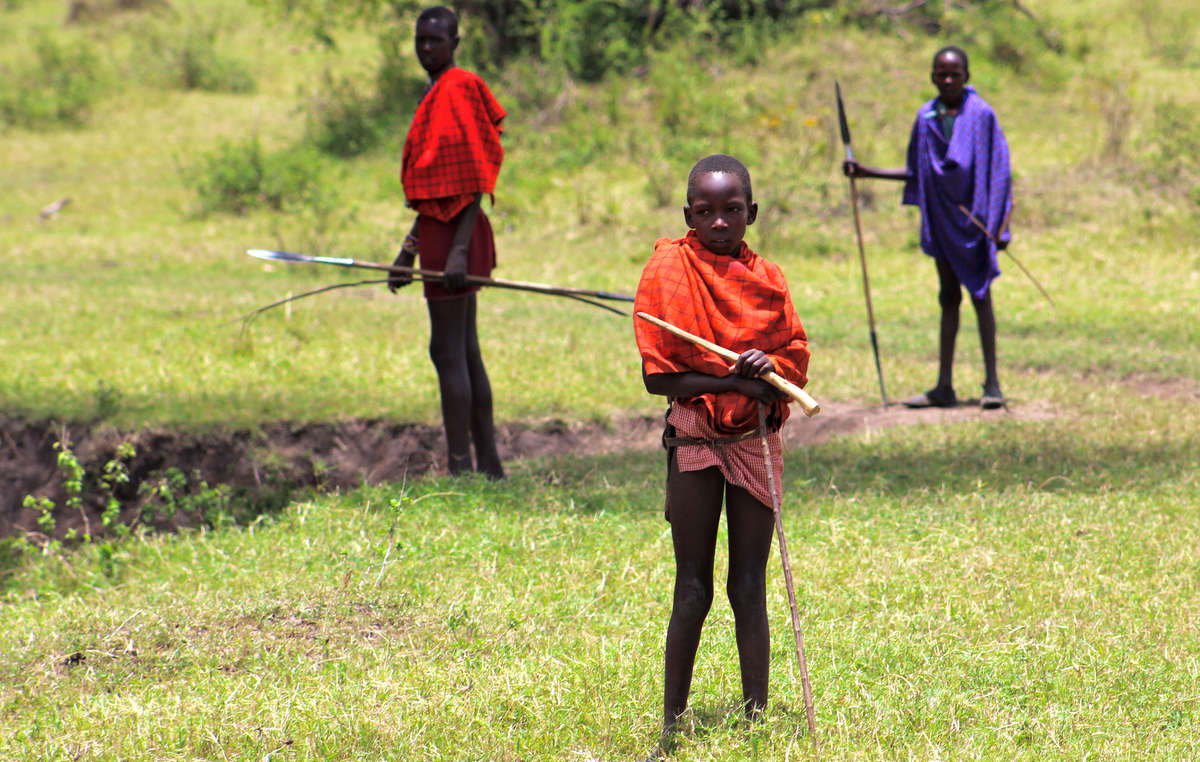 The Maasai have lost so much of their land, they cannot afford to lose any more. © Joanna Eede/Survival

The Tanzanian government this week announced a new ‘conservation’ area on Maasai lands, which community leader Samwel Nangiria says will spell ‘the end of the Maasai and the Serengeti ecosystem’.

The Maasai have been bitterly opposed to the grabbing of their village lands in Loliondo division by the government and have sworn to fight to keep their land.

The dramatic landscape of the Serengeti is world famous as a safari holiday destination. To the Maasai, however, this land is home, and they have already been removed from much of their lands in the name of conservation.

Although the government claims that the land is needed as a corridor for wildlife to move between the Serengeti National Park and the Maasai Mara National Park in Kenya, the area was leased to a safari hunting company, the Ortello Business Corporation (OBC) in 1992. The Maasai and their animals are being told to leave in the interests of conservation, while wealthy tourists are allowed to hunt the ‘big game’ that roams the area.

The Maasai have been resisting the takeover of their land by OBC for years. In 2009, villages were razed and livestock lost when they were removed from the land leased to OBC. The situation has festered for years and the government has announced this change as the ‘solution’. But the Maasai have lost so much of their land to conservation, hunting and tourism, they cannot afford to lose any more.

A Maasai man from one of the villages threatened with eviction told Survival today, ‘the people are strong, and ready to fight, to oppose this grabbing of their land.’

The whole community, including local politicians, will be holding their ‘most important meeting ever’ in Loliondo on 2 April to decide on a united plan to protect their lands and way of life.