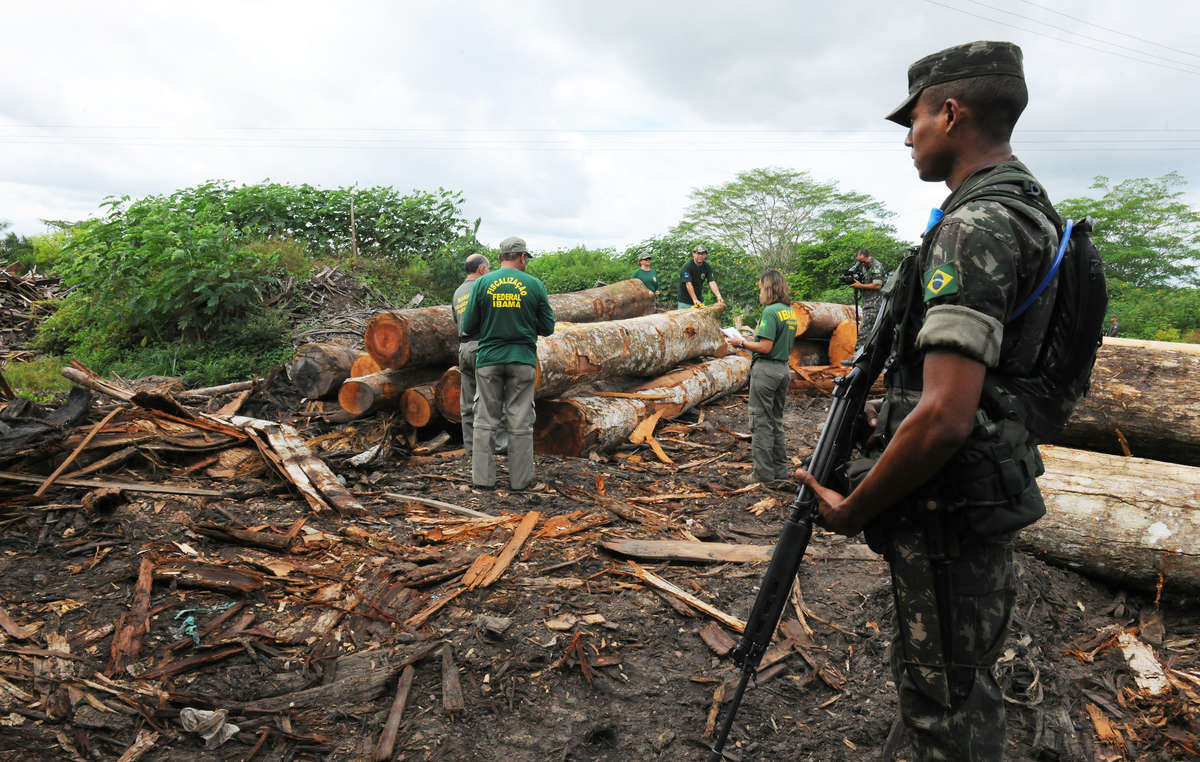 Brazil’s military has moved in to stop illegal logging around the land of Earth’s most threatened tribe. © Exército Brasileiro

Survival International has received reports that Brazil’s military has launched a major ground operation against illegal logging around the land of the Awá, Earth’s most threatened tribe.

Hundreds of soldiers, police officers and Environment Ministry special agents have flooded the area, backed up with tanks, helicopters and close to a hundred other vehicles, to halt the illegal deforestation which has already destroyed more than 30% of one of the Awá’s Indigenous territories.

Since the operation reportedly started at the end of June, 2013, at least eight saw mills have been closed and other machinery has been confiscated and destroyed. 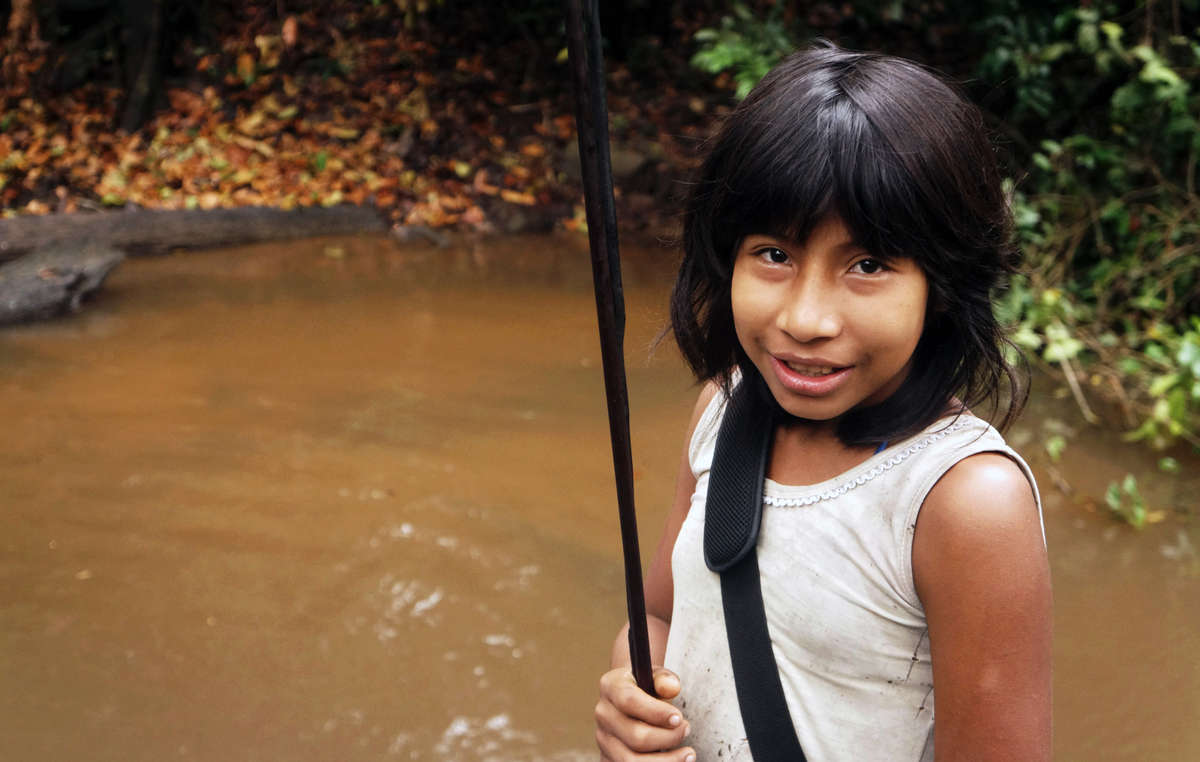 Little Butterfly, an Awá girl. The Awá have pleaded for all illegal invaders to be evicted from their forest. © Sarah Shenker/Survival

The operation comes at a critical time for the Awá, one of the last nomadic hunter-gatherer tribes in the Brazilian Amazon, who are at risk of extinction if the destruction of their forest is not stopped as a matter of urgency.

But while the operation is making it more difficult for loggers to enter Awá territory and remove the valuable timber, the forces have not moved onto the Awá’s land itself – where illegal logging is taking place at an alarming rate and where quick action is crucial.

Amiri Awá told Survival, ‘The invaders must be made to leave our forest. We don’t want our forest to disappear. The loggers have already destroyed many areas.’ 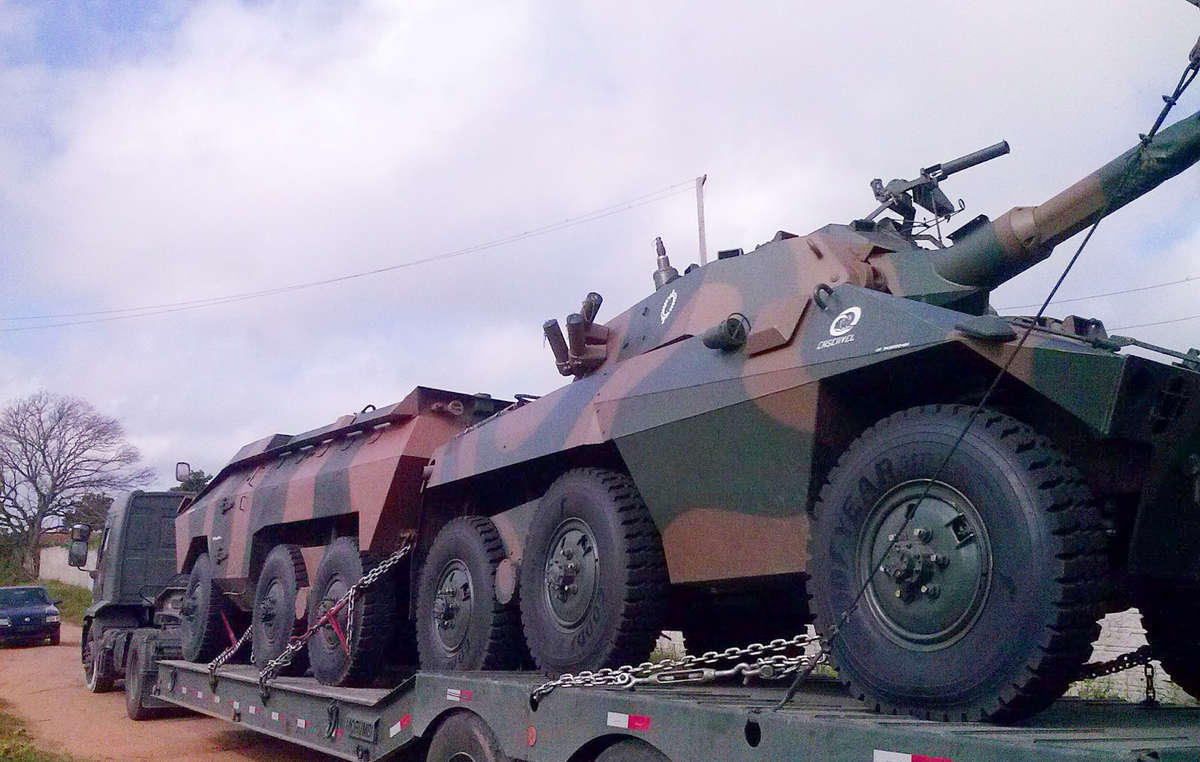 Armored vehicles, helicopters and close to a hundred other vehicles have been deployed to protect the forest. © Maycon Alves

Tens of thousands of people worldwide, including many celebrities, have joined Survival International’s campaign urging the Brazilian government to send forces into the Awá’s territories to evict the illegal invaders, stop the destruction of the Awá’s forest, prosecute the illegal loggers and prevent them from re-entering the area.

Survival’s Director Stephen Corry said today, ‘Brazil has taken a promising first step towards saving the world’s most threatened tribe, and it’s thanks to the many thousands of Awá supporters worldwide. This is proof that public opinion can effect change. However, the battle is not yet won: the authorities must not stop until all illegal invaders are gone.’