One year after Oscar winning actor Colin Firth launched Survival International’s campaign to save the Awá, Earth’s most threatened tribe, a large number of international celebrities have joined him and his wife Livia in backing the urgent campaign.

Gillian Anderson told Survival, ‘We must as human beings collectively wake up and help save the Awá: the Earth’s most threatened tribe. We cannot have another people become extinct due to the negligence and greed of others. We all have a duty.’ 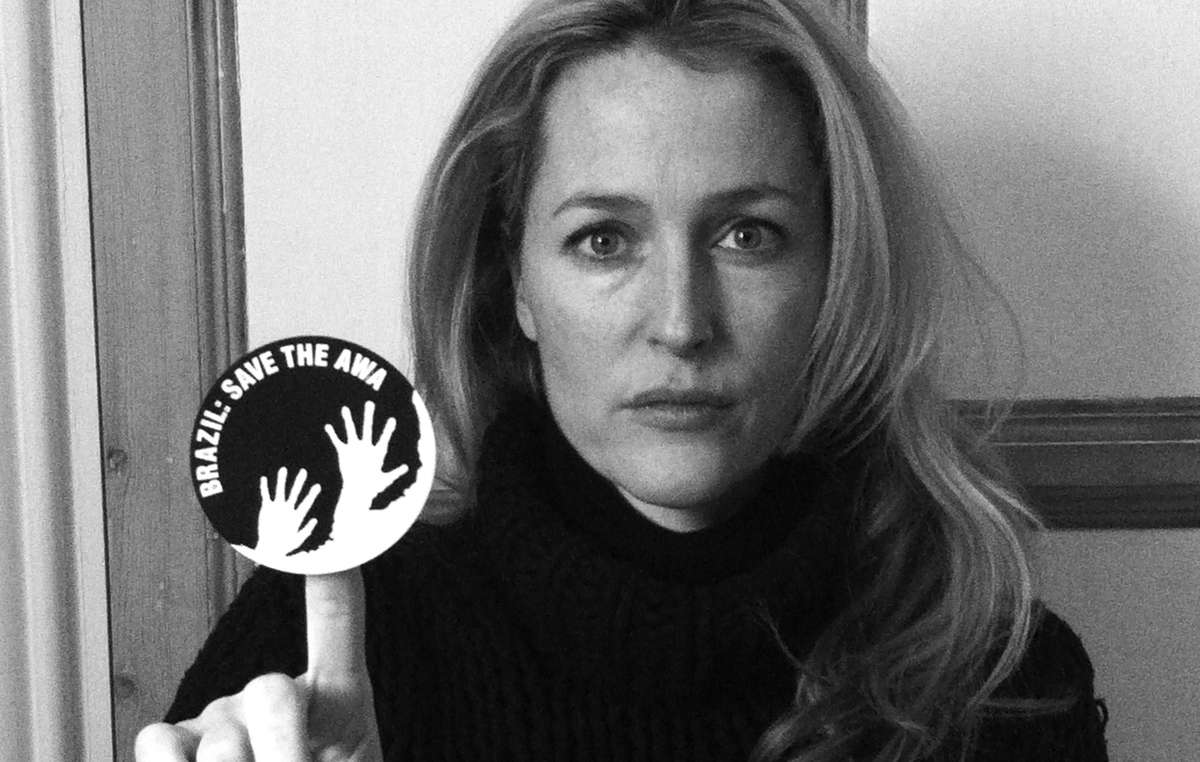 The Awá of northeastern Brazil live under the threat of extinction due to violent attacks and the theft of their land by loggers and ranchers. Brazil’s authorities have done nothing to evict the invaders from the Awá’s heartland, despite experts warning of a ‘genocide’ if no action is taken.

Pire’i Ma’a Awá, an Awá man told Survival International, ‘We’ve been waiting too long. When the rains stop, the loggers will come back. The loggers will close in on us, here around our community. The police must be brought here!’

Brazilian photographer Sebastião Salgado shows his support for the Awá. His current exhibition ‘Genesis’ features threatened tribes from around the world.
© Survival International

The celebrities joined a worldwide movement to save the Awá which has seen over 50,000 letters sent to Brazil’s Justice Minister and the awáIcon photographed at famous landmarks around the world – from Brazil’s Sugarloaf mountain, to the Eiffel tower in Paris.

Survival’s Director Stephen Corry said today, ‘As celebrities join the campaign to save the Awá, Brazil must not ignore the growing number of voices being raised in support of the world’s most threatened tribe. Its reputation hangs in the balance.’