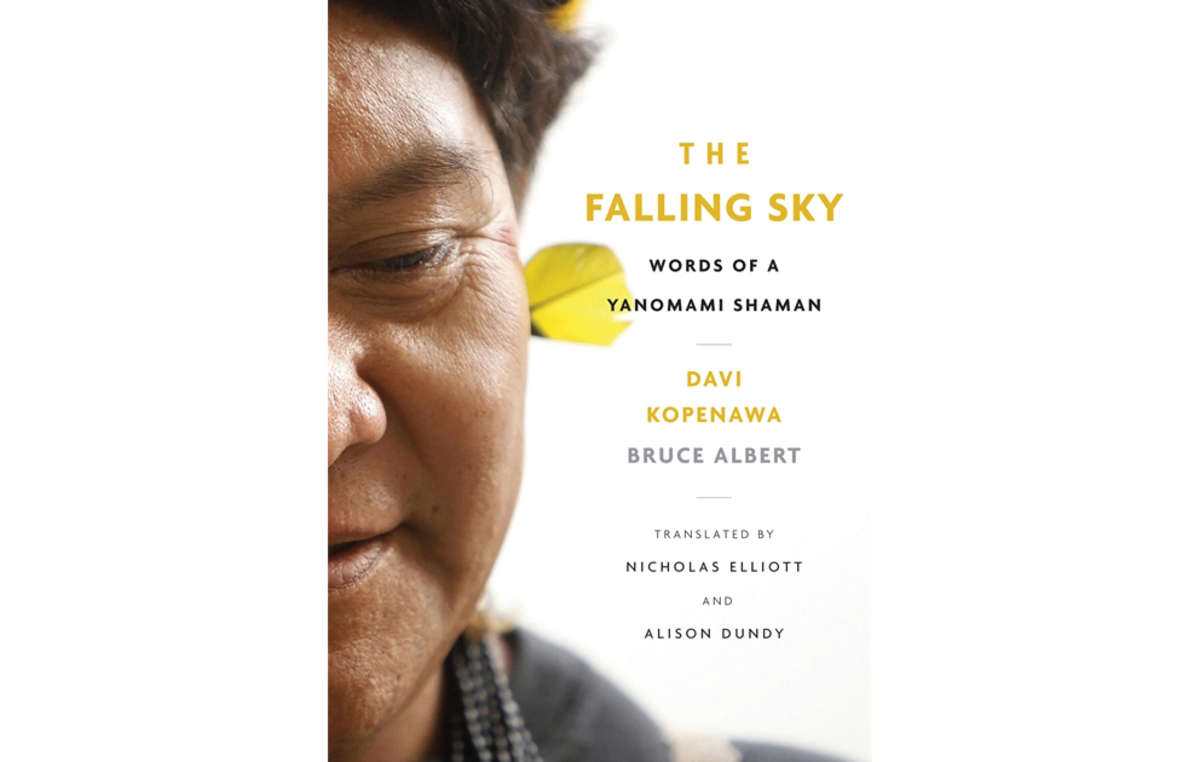 In the first book ever written by a Yanomami Indian, Davi Kopenawa – shaman and leading spokesman for his people – describes the rich culture, history and ways of life of the Yanomami of the Amazon rainforest.

‘The Falling Sky: Words of a Yanomami Shaman’ is a unique account of the life story of Davi Kopenawa, who heads the Yanomami Association Hutukara and who continues to defend the rights of the tribe around the world.

In his book, Davi recounts his initiation as a shaman and his first encounters with outsiders – including the gold miners who flooded Yanomami land during the 1980s and caused the death of 1 in 5 Yanomami through disease and violence. He vividly describes his impressions of western culture on trips abroad, such as his first journey outside Brazil when he visited Europe at the invitation of Survival International.

‘The Falling Sky’ is an impassioned plea to respect his people’s rights and preserve the Amazon rainforest.

Davi said, ‘This book is a message for the non-Indians. We want to teach people about our shamanic dreams … I hope that the non-Indians will learn from the book and make them think about our history.’

‘The Falling Sky’ also challenges wide-spread perceptions that the Yanomami are ‘fierce’ and violent, as promulgated by the highly controversial anthropologist Napoleon Chagnon.

Davi Kopenawa’s book is an impassioned plea to respect the Yanomami’s rights and preserve the Amazon rainforest. © Fiona Watson/Survival

The book was written in collaboration with French anthropologist Bruce Albert, Research Director at France’s Institut de Recherche pour le développment (IRD) and Vice President of Survival France, who has worked with Brazil’s Yanomami since 1975.

- ‘The Falling Sky’ was originally published in French by PLON. The English translation is published by Harvard University Press ($39.95/ £25.00/ €30.00) and is available to buy in Survival’s shop