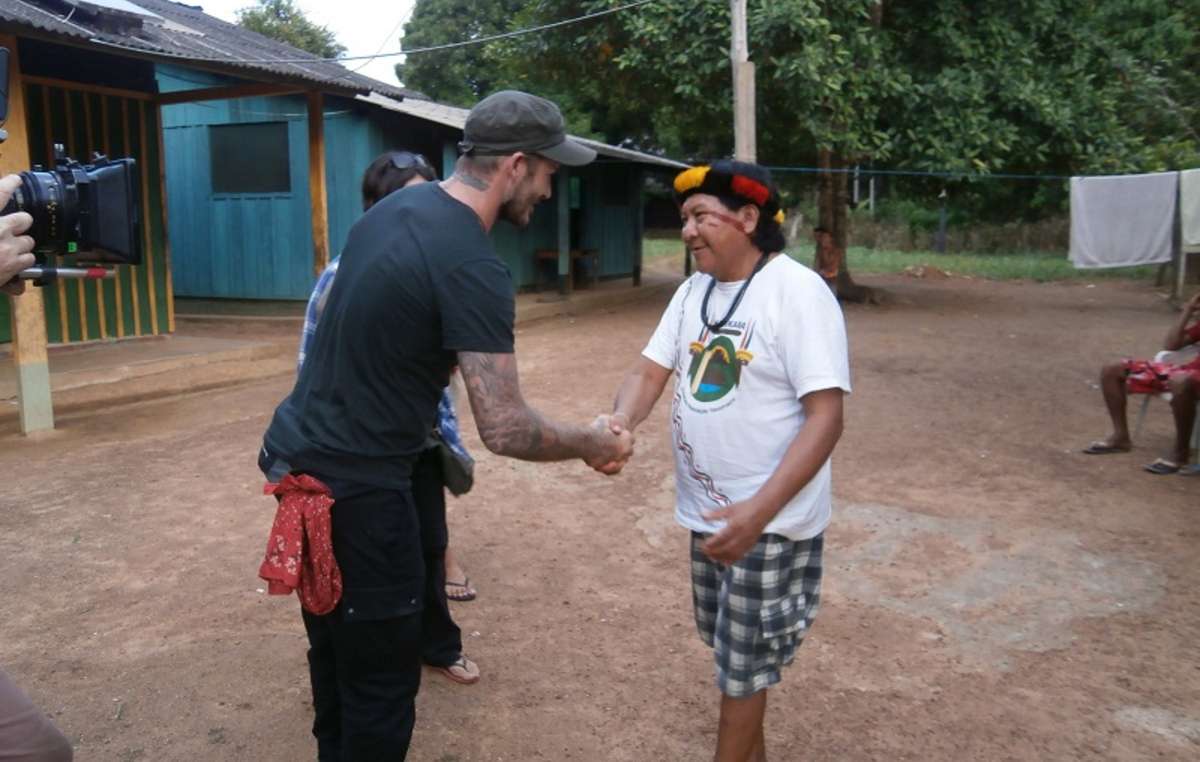 David Beckham has visited the Yanomami tribe in Brazil in the run-up to the 2014 World Cup, and met their most prominent spokesperson Davi Kopenawa, known as the ‘Dalai Lama of the Rainforest’.

While filming a TV program in Brazil, Beckham visited the Yanomami territory and asked Davi Kopenawa for permission to enter the reserve. Beckham and Davi talked about the problems that the Yanomami face, especially the illegal gold-mining on their land.

Dario Yawarioma Yanomami, son of Davi and a coordinator of the Yanomami association, Hutukara told Globo news that, ‘We liked David’s visit a lot because he was very interested in the problems in the Yanomami reserve. He saw that there are many threats to the environment and to our culture. He showed he was concerned about the Yanomami people.’

Davi Kopenawa is the first-ever Yanomami shaman to have published a book. ‘The Falling Sky: Words of a Yanomami Shaman’, written in collaboration with anthropologist and friend Bruce Albert, is a unique account of his life story.

In a review published last weekend in the US journal Truthout, Survival International’s Director Stephen Corry states that Davi Kopenawa’s book ‘deserves to become one of the most important books of our time.’ 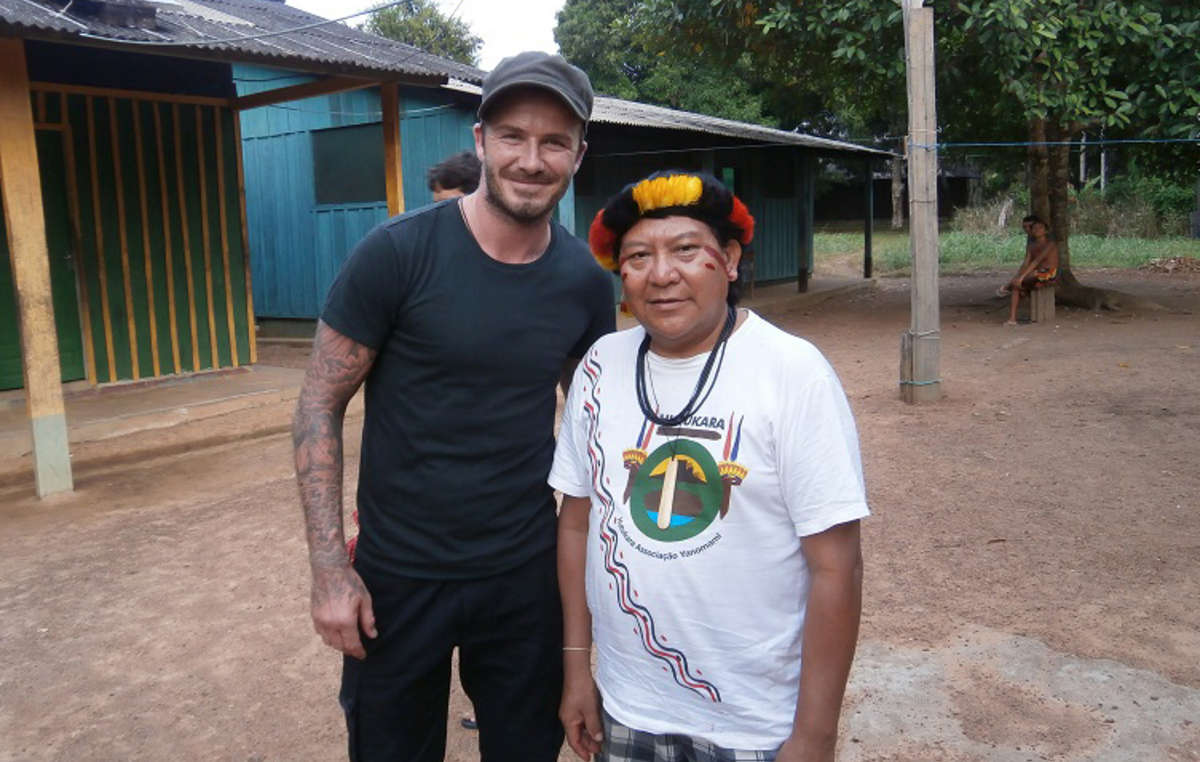 Beckham and Davi talked about the problems that the Yanomami face, especially the illegal gold-mining on their land.
© Nenzinho Soares

In his review Corry highlights the ‘diametric opposition’ between the Yanomami’s worldview and ‘trade and profit, which have become our measure of “progress”.’ Corry concludes that Davi’s message is clear: ‘He wants us to know that we are destroying the world with our insatiable hunger for more possessions [and] if we destroy the Yanomami, we destroy ourselves.’

Audiences in California (USA) will have a rare opportunity to meet Davi Kopenawa and listen to his message to the world during his upcoming visit to California in April 2014.

Watch Davi talk about his book ‘The Falling Sky’ and read excerpts here.

Davi will arrive in San Francisco on April 22 – World Earth Day – celebrated around the world by millions of people to demonstrate their support for environmental protection. Ahead of Earth Day Davi offers a surprising revelation, ‘We shamans . . . are protecting ‘nature’ as a whole. We defend the forest’s trees, hills, mountains, and rivers; its fish, game, spirits, and human inhabitants. We even defend the land of the white people.’ He warns the world that resource-consuming behavior is destroying the systems upon which all life depends, and that the world will suffer if the rainforest continues to be destroyed.

Many studies have backed up Davi’s claim that tribal people are the best conservationists. Long before the word ‘conservation’ was coined, tribal peoples had developed highly effective measures for maintaining the richness of their land and where they have been allowed to continue living on their lands, forest cover and biodiversity is often much higher than in other kinds of protected areas.

- Davi Kopenawa will be available for press interviews during his visit to the USA, please get in touch with Kayla Wieche for more information

- See here for details of Davi’s schedule and sign up for updates.