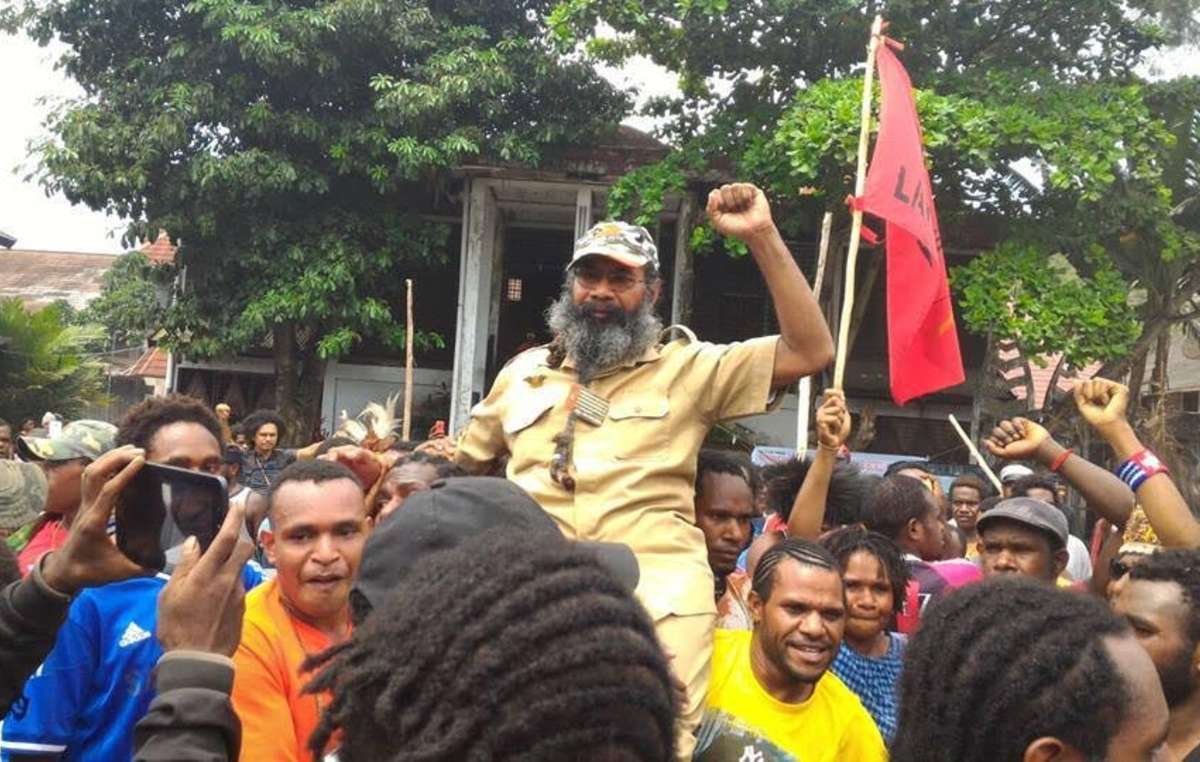 Prominent Papuan political prisoner Filep Karma has been released after spending more than a decade in jail for raising the banned West Papuan flag.

Karma, 56, was arrested in 2004 after leading a peaceful demonstration in West Papua, calling for independence from Indonesia and raising the Morning Star flag.

He was sentenced to 15 years in prison for treason, but was named by Amnesty International as a prisoner of conscience. His detention was condemned as “arbitrary” by the United Nations.

Filep Karma could have been released in August this year when he was offered a pardon in exchange for admission of guilt. However, he refused, saying, “If president Widodo wants to free me unconditionally, then yes thank you.” The government eventually reduced his sentence for ‘good behaviour’ so that he could be released.

However, raising the Morning Star flag remains an imprisonable offence in West Papua and responding to the news of Karma’s release, Indonesia’s chief of National Police, Gen. Badrodin Hait said, “If you say he’s a political prisoner, I say [Filep was] a criminal.”

The move came as Indonesian President Joko Widodo once again pledged to improve livelihoods in the region. But there is little evidence that the security force’s brutal repression of Papuans is over. At the end of September there were at least 45 Papuan political prisoners behind bars and political assassinations, fatal shootings, arbitrary arrests and torture, at the hands of the security services, remain rife.