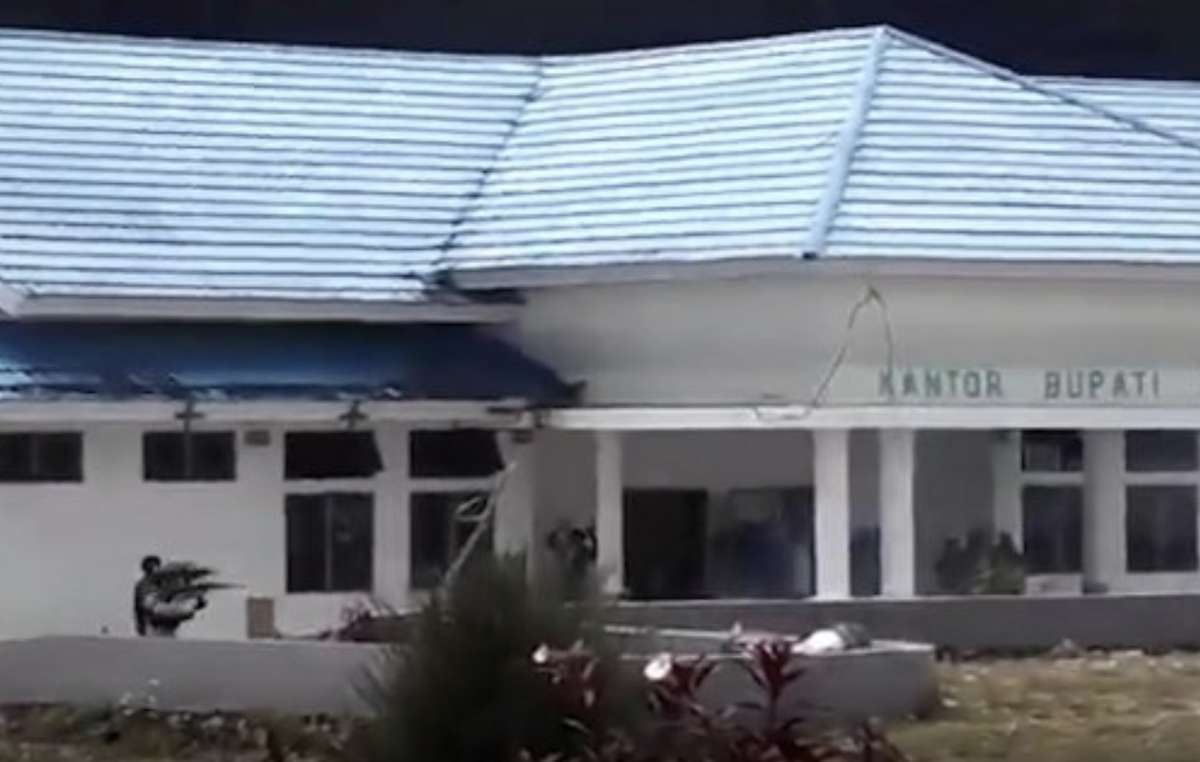 Indonesian forces opening fire on protesters in Deiyai, West Papua. Six Papuans were reported to have been killed. © Survival

This page was last updated on September 2, 2019 and may contain language which is now outdated.

Seven Papuans are reported to have been killed as police and military fire at protesters. Six are believed to have died in the Deiyai area of West Papua last week and a Papuan student was shot dead during a raid on a student dormitory yesterday. Many other protestors are said to be injured and one policeman has been killed. The authorities dispute these numbers.

The continuing protests, some of which have resulted in the burning of public buildings, have been held across West Papua (the western half of the island of New Guinea) following the racist abuse of Papuan students in the Javanese city of Surabaya.

Crowds of people shouting ‘monkeys,’ ‘pigs’ and ‘dogs’ gathered outside a dormitory for Papuan students, following accusations that the students had damaged an Indonesian flag on Indonesia’s Independence day. Those shouting included military officers. Videos of the racist abuse have gone viral in West Papua and thousands have taken to the streets to protest.

Demonstrators have chanted ‘We are not monkeys’ and anti racism slogans, as well as calling for independence from Indonesia. Papuans have long suffered racist and violent abuse at the hands of the Indonesian authorities, and peaceful demands for independence have been brutally repressed.

Victor Yeimo, a pro-independence leader, told the Guardian newspaper that people were angry not ‘just because they call us monkeys, but because they [Indonesia] treat us like animals.’

Indonesia, which has occupied West Papua since 1963, has a long history of human rights violations against the Papuans. Killings, arbitrary arrests and torture at the hands of the security services remain rife.

The authorities have responded to the recent protests by bringing in thousands more troops, including a reported 600 more of the dreaded Brimob (paramilitary police) to the capital Jayapura, despite West Papua already being the most militarized region of Indonesia. There have also been widespread internet and phone blackouts.