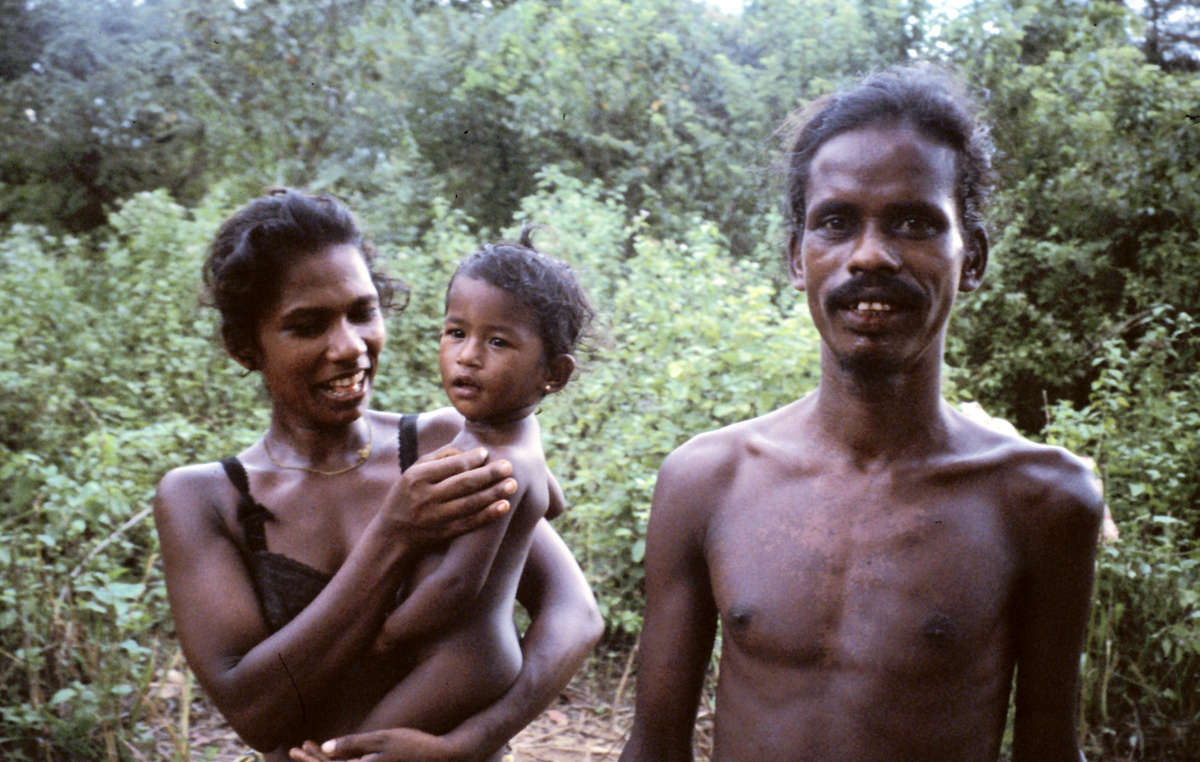 A Wanniyala-Aetto family. The tribe want to return to their land in Maduru Oya National Park. © Survival

A Sri Lankan park guard has shot dead a young man from the Wanniyala-Aetto tribe for hunting on his people’s ancestral land.

Local sources say Thalawarige Sunila was hunting inside the national park when he was shot and killed by the wildlife official.

Although he had a permit allowing him to be in the park, he did not have permission to hunt. The guard has been arrested.

The Wanniyala-Aetto, commonly called Veddahs by outsiders, have been banned from hunting and gathering in their forest without permits since it was made a national park in 1983.

Crowded together on small plots of land outside the park, many find it difficult to feed their families.

This is not the first time the Wanniyala–Aetto have been killed for hunting in their ancestral forest. In recent years three other Wanniyala-Aetto, all with permits, have been shot dead by park guards.

Many Wanniyala-Aetto want to return to their land in Maduru Oya National Park, and to be able to hunt for their own food and gather fruits free from harassment or violence.

A Wanniyala-Aetto man called Tapal Bandialetto told Survival, ‘If the next generation waits here, they will learn drinking, smoking and gambling. All the wrong things. They must go back to the jungle while they are still young, and go back to the traditional system. It is all being lost.’