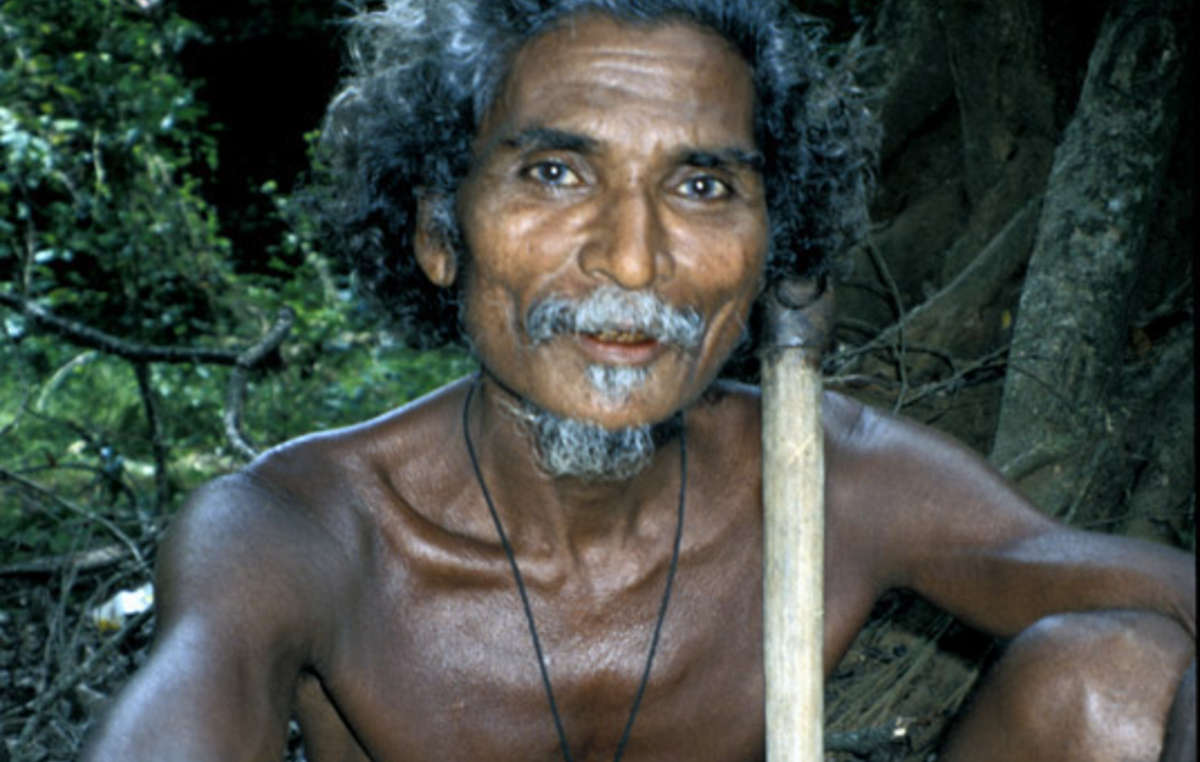 Many Wanniyala-Aetto have been fined for hunting in their forest. Some have even been shot dead. © Survival

On March 15, the United Nations Human Rights Council (HRC) will discuss the human rights record of Sri Lanka, during which the country is likely to come under severe criticism for serious human rights violations, and be called to account by the United States. However, amidst the international criticisms of Sri Lanka, one community remains largely forgotten – the Indigenous Wanniyala-Aetto.

The Wanniyala-Aetto, commonly known to outsiders as Veddah, are struggling to survive on what remains of their land. In the 1950s their territory was opened up for Sinhalese settlers, and the tribe’s forests and hunting grounds were bulldozed and flooded. In 1983 their last remaining forest refuge was turned into the Maduru Oya National Park. The Wanniyala-Aetto were moved to government villages and banned from entering the park without permits. They were also forbidden to hunt in the park. They are still losing their land to outsiders who continue to be resettled in the area.

The loss of their forests and the creation of the National Park has robbed the Wanniyala-Aetto of their means of subsistence, and of much that gave their lives meaning. Alcoholism and mental illness are now rife. Many face harassment from park guards and discrimination from the settlers who surround them. Many Wanniyala-Aetto have been killed, beaten or arrested for hunting on their ancestral land – despite a promise by the country’s President that they were entitled to hunt for their own subsistence.

In the latest fatal incident in March last year, a 26 year old Wanniyala–Aetto man, Tale Warige Sunila, was shot dead by a forest guard for ‘poaching’ on his ancestral land in the Park. He had a permit that allowed him to be in the park, but not to hunt. In recent years, three other Wanniyala-Aetto, all with permits, have been killed for hunting in their traditional forests.

Survival International has urged the United Nations Human Rights Council to call on the country’s government ‘to recognize the right of the Wanniyala-Aetto to live, hunt for their own consumption, and gather forest produce in their ancestral land in the Park and to enable those who wish to return to do so’. In the written submission, Survival further asked the HRC to ‘call on the government of Sri Lanka to ensure that those responsible for killing and harassing the Wanniyala-Aetto for entering their traditional land are brought to justice’.