WWF has been working in the Congo Basin for over 20 years – supporting squads who have committed violent abuse against tribal people. © WWF

A landmark bill to stop US government funds financing human rights abuses in the name of conservation has cleared its first major hurdle, after the House Committee on Natural Resources approved it on Wednesday.

At present much of the US$78-91 billion a year spent on biodiversity conservation globally goes towards “fortress conservation,” which evicts and excludes Indigenous and local people from their ancestral lands and employs guards who perpetrate appalling abuses.

In recent years both WWF and WCS have channeled US taxpayers’ funds to support parks where rangers have killed, raped and tortured Indigenous people. 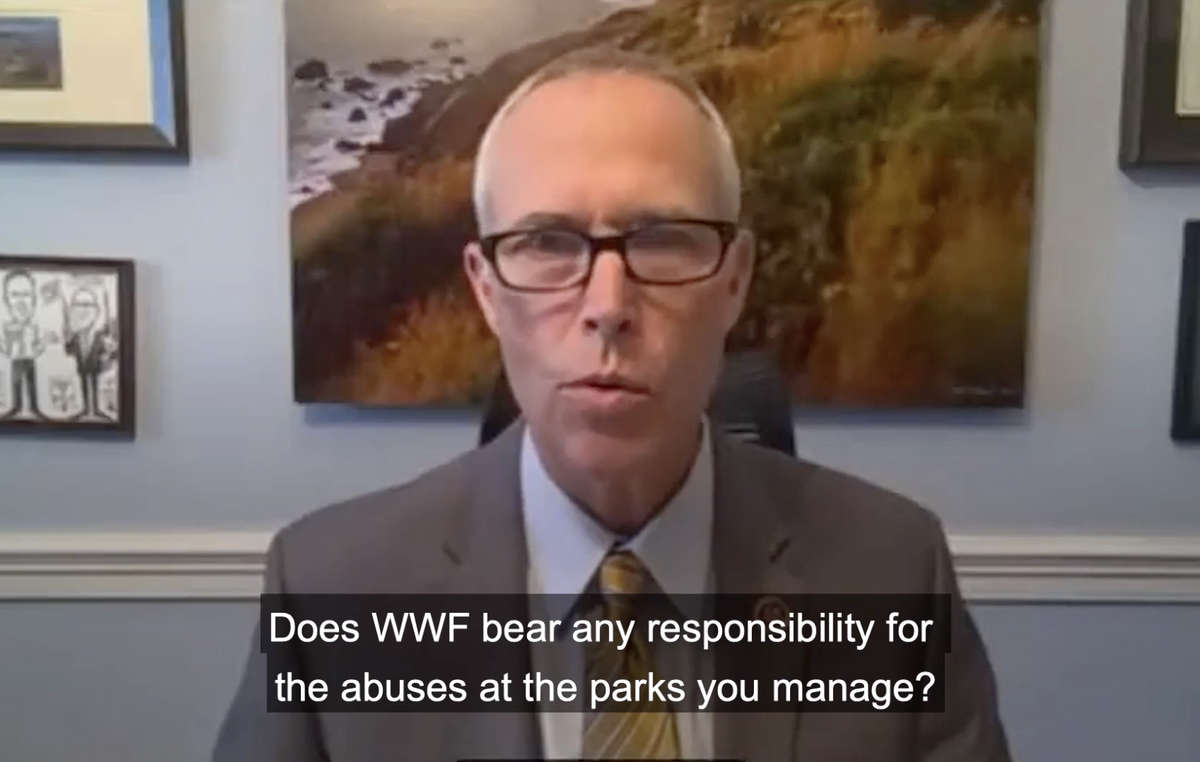 - It seeks to ensure that US Fish and Wildlife Service funding of conservation projects can no longer be used to finance gross human rights abuses.

- Conservation projects must have the free, prior and informed consent of Indigenous people for new or expanded National Parks or other Protected Areas on their lands, in order to receive US government funding.

The legislation also directs the US Fish and Wildlife Service, in conjunction with the U.S. State Department, to:
• Enhance vetting of international conservation projects to protect human rights;
• Elevate standards for the treatment of Indigenous people and local communities;
• Investigate, report on, and respond to human rights abuses with transparency, suspending or terminating grants if necessary; and
• Frequently audit high-risk projects and incorporate human rights standards in the audits.

The bill comes at a critical time, with a crucial meeting taking place in Nairobi, Kenya, next week where governments are preparing to agree on a plan to turn 30% of the Earth into Protected Areas, despite the violence and land theft associated with them. It also follows violent attacks on Maasai in Tanzania protesting against the theft of their land for trophy hunting and conservation.

The proposed law is a major victory for Survival’s long-standing campaign to decolonize conservation and stop evictions and human rights abuses against Indigenous people in the name of conservation. It comes after an unprecedented hearing by the House Natural Resources Committee saw WWF accused of deceit, cover-ups and dishonesty.

Survival International’s Fiore Longo said today: “After years of impunity for the conservation industry and a total failure to audit their wrongdoings, legislators are finally realizing the urgency of the problem. Survival has spent decades speaking out against human rights abuses committed in the name of conservation – funded by taxpayers.

“Conservation, as it’s practiced today, is destroying Indigenous Peoples who are the best guardians of our natural world. The bill, even if not perfect, is nevertheless a success for the campaign to decolonize conservation: it shows just how much impact pressure from public opinion can have. It’s a clear signal that times are changing for the likes of WWF and WCS: this establishes a vital precedent that will be difficult for conservation organizations, and their funders, to ignore.”

Note to Editors: Now that it has passed the committee stage, the bill’s sponsors can move it to the House of Representatives for a vote.