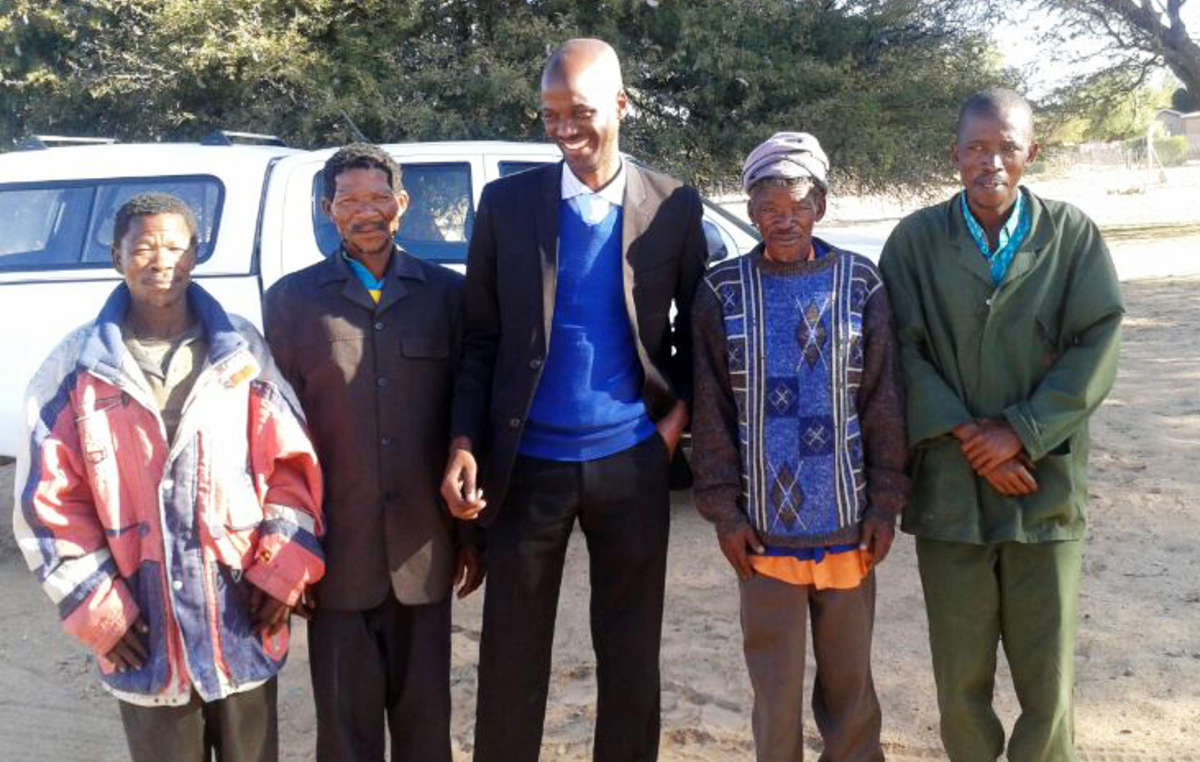 Four Bushmen stand outside court after being cleared from poaching charges, Botswana, 2014. Despite Botswana’s High Court recognising the Bushmen’s right to live and hunt on their ancestral land, the government has not allowed hunting licenses and continues to persecute those making attempts to feed their families by accusing them of ‘poaching’.
© Survival International

Four Bushmen accused of poaching on their ancestral land have escaped up to five years in jail after a Botswana court threw out their case last week.

The Bushmen were allegedly spotted on a hunting trip by Botswana’s President Khama as his plane flew over the Bushmen’s land in the Central Kalahari Game Reserve in April 2012.

The men told police they were hunting to feed their families, and did not know it was wrong to hunt eland on their native soil.

In 2006, following violent evictions from their land, the Bushmen’s right to live and hunt in the Central Kalahari Game Reserve was recognized by Botswana’s High Court.

Despite the Court’s order, no hunting licenses have been granted since the ruling.

The Bushmen are widely recognized as inherent conservationists and have practiced sustainable hunting in the reserve for centuries.

In January 2014, President Khama imposed a nationwide hunting ban that could destroy the last hunting Bushmen in Southern Africa. The ban exempts private game ranches, where wealthy trophy hunters can pay up to $8,000 to hunt protected species, such as giraffes.

Scores of Bushman hunters have been arrested and violently intimidated by wildlife officers and police, and the government has now employed a ‘shoot-to-kill’ policy against anyone suspected of ‘poaching’.

The Bushmen’s lawyer, Monamo Aobakwe, told Survival today, ‘The men are all overjoyed at the ruling. Thanks to Survival International for continuing to support the Bushmen to ensure they are properly represented and have freedom to justice. It really makes a big difference.’