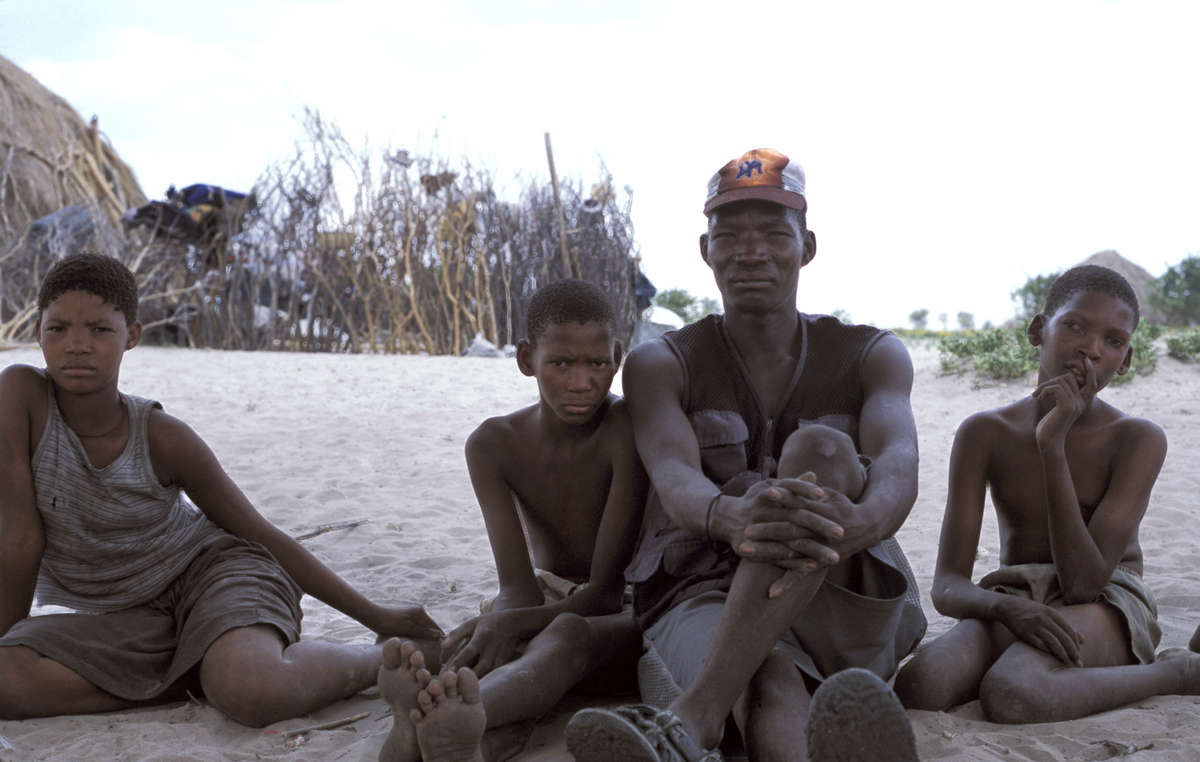 Botswana’s Appeal Court has denied a Bushman family the right to bury their elder, Pitseng Gaoberekwe, on his ancestral land in the Central Kalahari Game Reserve (CKGR).

The ruling has been condemned by his family who said: “The government has denied us the right of access to our ancestral land. Who is it to deny us that right? Who are the courts here in Botswana to deny us this right? Our rights are inherent. They cannot be taken away neither by the courts, the government or anybody else. We were there before the creation of the game reserve… therefore this land cannot be left to vultures spreading around trying to scavenge on our land. Our land is precious, full of natural resources and animals, and we will not give it easily to this oppressive government.”

Survival believes this manifestly unjust and inhumane judgment appears to be politically influenced and to reflect a renewed round of persecution of and discrimination against Bushmen by the government.

Pitseng become ill in 2014. He was persuaded to leave his community in the CKGR to access medical treatment, and be near his children who live in one of the sites to which many of the CKGR Bushmen were evicted in 2002. He died there on 21 December 2021.

Local authorities and the Director of the Department of Wildlife refused to allow his family to transport the body from the morgue to the reserve, leaving the family with no option but to go to court to resolve the issue.

According to Bushman customary law, it is vital to bury the dead near their ancestors. Legal experts say the Director of Wildlife has no powers to override customary law and therefore no power to determine who is buried in the CKGR, or to refuse a permit for the purpose of a burial. It appears the Director exceeded his powers to further government policy aimed at restricting Bushmen access to the reserve.

Born in the CKGR in the 1940s, Pitseng spent virtually his whole life there until he became ill in 2014. He never forfeited his right to live on his ancestral land and refused to leave in the 1997 and 2002 evictions.

On his death bed he made clear to his family that he wished to be buried on the land of his ancestors in the CKGR, in accordance with custom.

He was a hunter, and endured assault, detention and even a year’s imprisonment in 1994 after being arrested by wildlife scouts for hunting. Despite this relentless persecution he refused to stop hunting.

Pitseng was an applicant in the landmark 2002-2006 High Court case, when judges ruled the Bushmen had been illegally and unconstitutionally evicted from their land in the CKGR.

A report published by the UN Committee on the Elimination of Racial Discrimination this month raises considerable concerns at Botswana’s treatment of the CKGR Bushmen. It stated that: “the restrictive execution of the High Court’s decision and particularly the removal of the children from the Park at the age of 18 would aim for there to be no more inhabitants after the death of the Elders”.

The Committee urged Botswana “to fully implement the High Court’s decision by allowing all ethnic groups originating from this reserve to return and settle there unconditionally. … and “to provide them with effective access to basic social services and enable them to resume their traditional activities without hindrance".