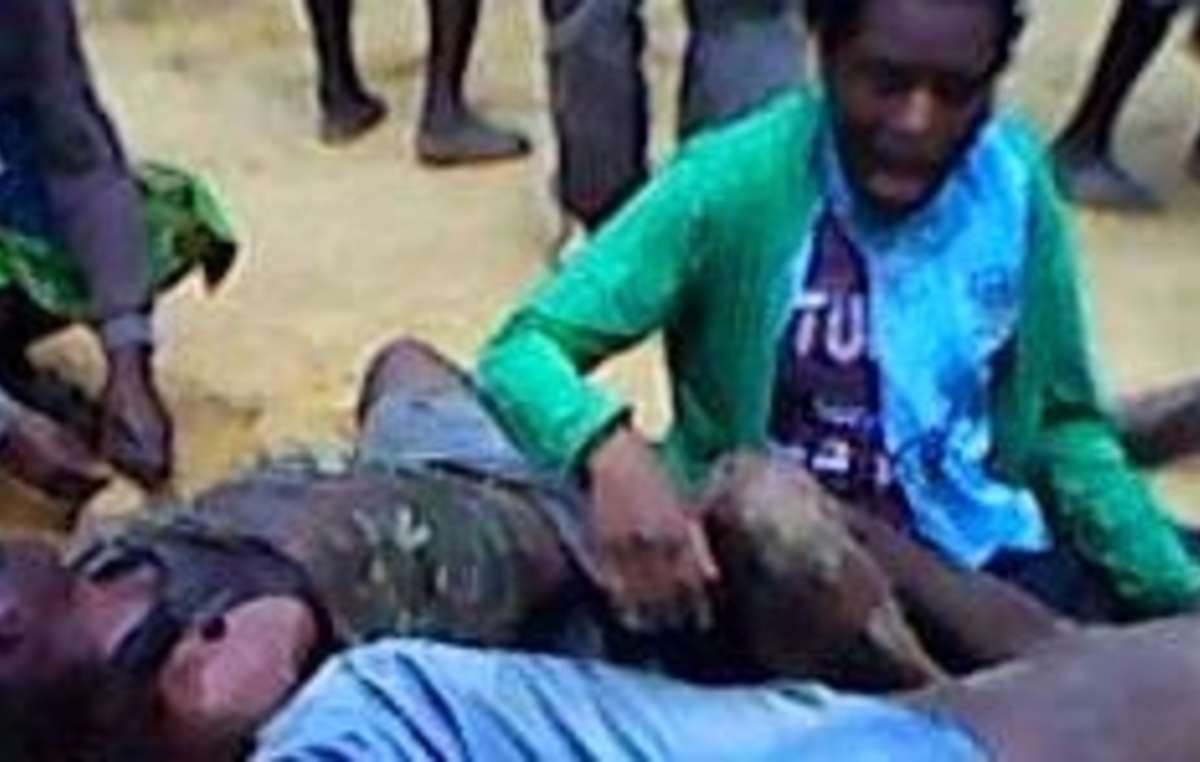 Update April 2015: reports from the ground initially stated that five teenagers had been killed, but this was recently revised to four.

The killings occurred during a protest over an incident the night before, when soldiers beat a 12 year-old boy, Yulianus Yeimo, with their rifle butts. Yeimo and others, who were decorating a Christmas tree, had shouted at the soldiers’ vehicle to turn on its headlights. He needed to be hospitalised for his injuries.

The following day a large number of Papuans gathered outside the local police station and army HQ in the central highland Paniai region to protest at the beating. The police ordered the group to disperse, and eyewitnesses report that when they did not move the police beat them with sticks and batons. Gunshots were then heard, although it’s not clear whether it was the soldiers or police who fired on the crowd.

The five who died have been named as Simon Degei, 18; Otianus Gobai, 18; Alfius Youw, 17; Yulian Yeimo, 17; and Abia Gobay, 17. Approximately 20 others, including primary school children, were injured.

Rev. Neles Tebay of Papua Peace Network told journalists, ‘Civilians have been shot and killed without reason… These actions show that security personnel have treated residents not as citizens but as enemies who must be eliminated.’

Indonesia’s new President, who was inaugurated in October, pledged during his election campaign to enter into dialogue with Papuan leaders and to move away from the use of force.

Survival International is calling for an independent investigation into this incident, and for President Jokowi to ensure that those responsible for the killing of Papuan teenagers and the beating of a young child are brought to justice. Survival also calls for an end to the culture of impunity that soldiers have enjoyed in West Papua for too long.