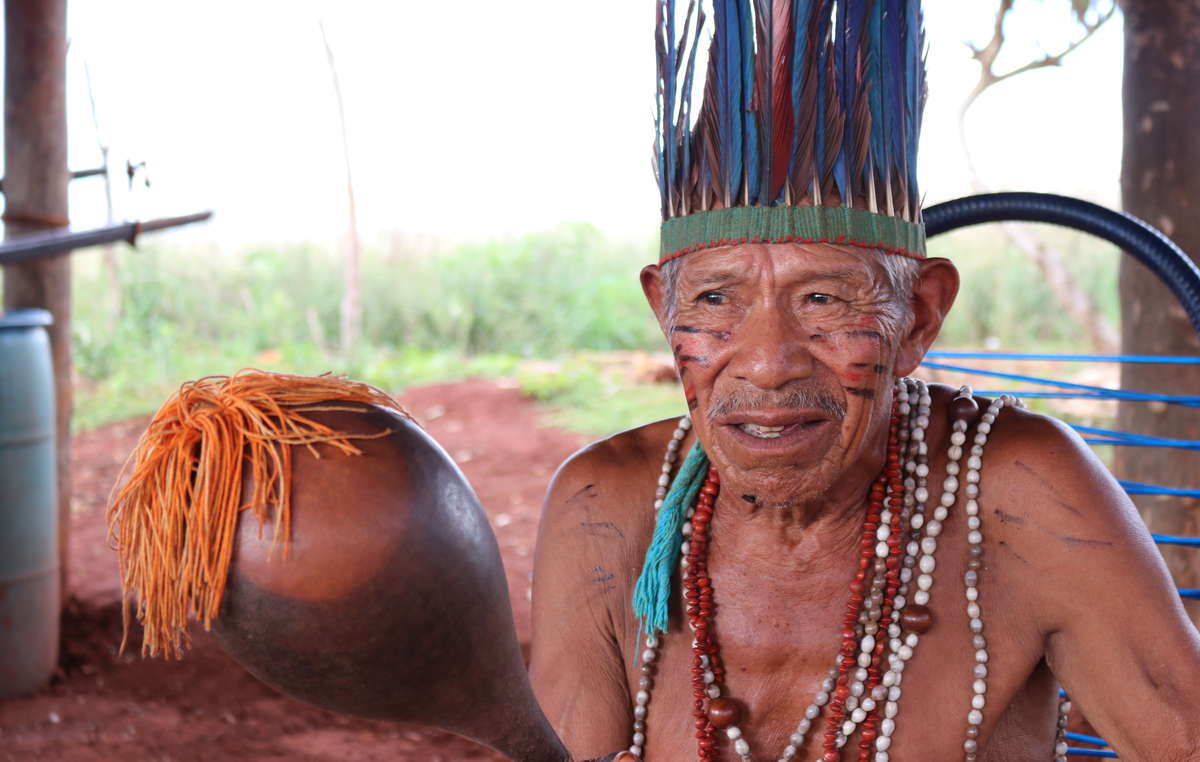 Tito Vilhalva, one of the leaders of the Guyra Roka community. © S Shenker/Survival

A small community of Brazilian Indians has won a land rights case at Brazil’s Supreme Court that could have major repercussions for Indigenous people across the country.

The Court has ruled that a 2014 judicial decision canceling the return of some of their ancestral territory to the Guarani community of Guyra Roka must be revisited because the Guarani themselves were not involved in the process. Now, they must be given a fair hearing before the Court votes again on the return of their territory.

The ruling will potentially affect other communities whose lands have been stolen, but who hope to reclaim them.

However, the chances of the Guarani recovering their land any time soon are remote.

Most of the area has been taken over by a powerful politician and rancher, José Teixeira, who has been implicated in a series of attacks on the Guarani. One of the leaders of Guyra Roka, Ambrosio Vilhalva, who acted in the feature film Birdwatchers, was stabbed to death in 2013.

Vilhalva and others led a “re-occupation” in 2000 to recover a small parcel of their land from the rancher. 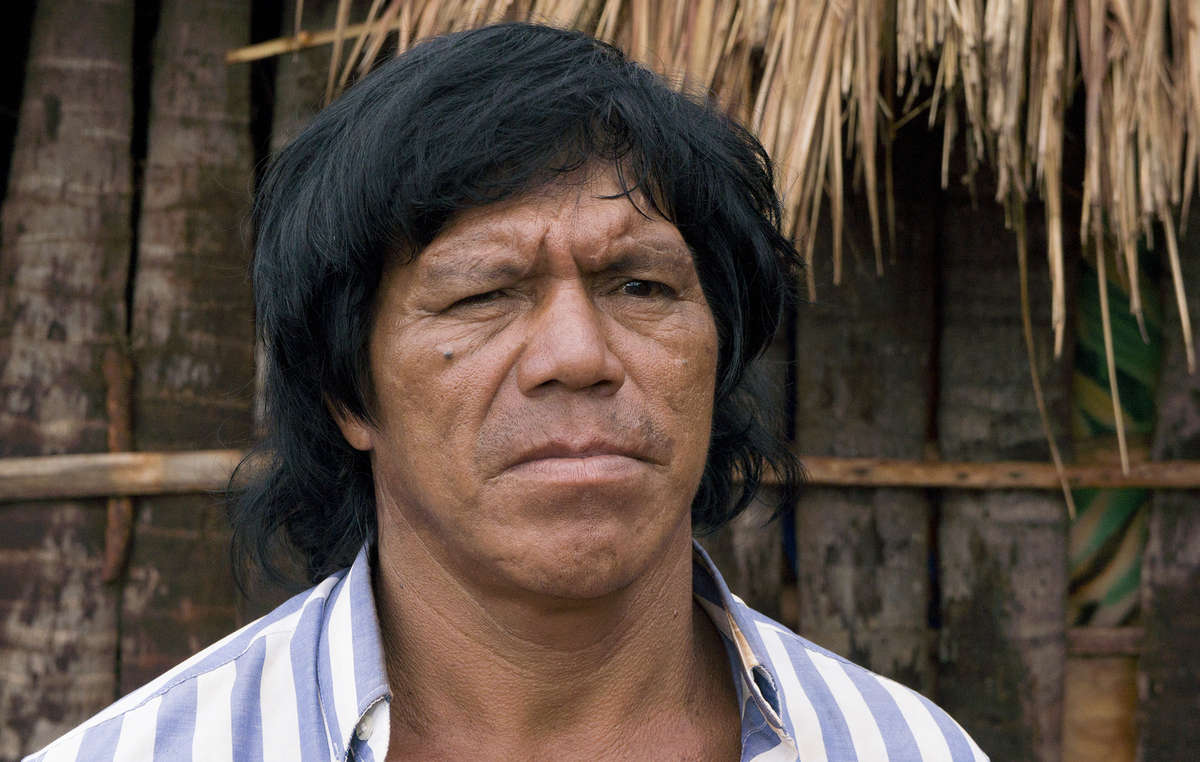 One of the leaders of Guyra Roka, Ambrosio Vilhalva, was murdered in 2013. © Sarah Shenker/Survival

Tito Vilhalva, a religious leader of the Guyra Roka community, said: "I’m 99 years old now. [When I was young] Guyra Roka was forest – there was no road, no fences. It was just forest and Indians, monkeys and tapirs. There were no Brazilians then.”

The 2014 cancelation of the Guyra Roka’s territory was based on what campaigners have called the “Time Limit Trick” – a ploy by anti-Indigenous politicians to manipulate the constitution and steal Indigenous lands.

The Time Limit Trick says that unless Indigenous peoples were living on their ancestral lands on October 5, 1988 [the day the Brazilian Constitution was adopted] they no longer have any right to them. If successful, this genocidal manoeuvre would put hundreds of Indigenous territories and dozens of uncontacted tribes at grave risk. 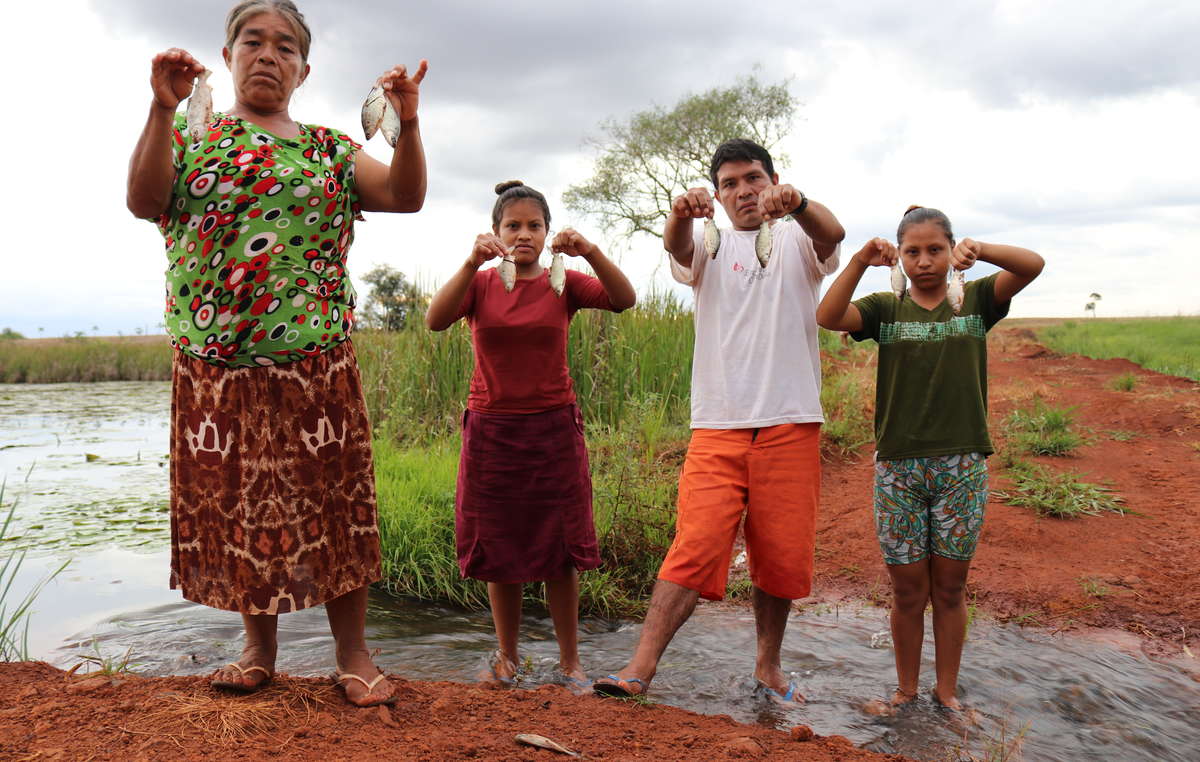 The Supreme Court is due to rule in a separate case shortly concerning the Xokleng tribe that will set the definitive precedent for the Time Limit Trick. If it is upheld in that case, Indigenous rights will be set back decades and many tribal peoples, and their lands, could be destroyed.

The Indigenous lawyer Eloy Terena said: “Instead of protecting Indigenous interests, [the state and its agents] worked with the region’s farmers to evict the Indigenous people from their lands and to promote genocidal agribusiness.”

The Time Limit Trick is just one of a series of measures that President Bolsonaro’s government is pushing aimed at opening up all Indigenous lands in the country to mining, ranching and logging. These measures constitute the biggest attack on Indigenous peoples in decades, and if passed could have the effect of completely destroying tribal peoples in Brazil.

Survival’s Research & Advocacy Director Fiona Watson, who has visited the Guyra Roka community, said today: “This is a stunning victory for a group of people who have been relentlessly persecuted for decades but never stopped fighting to recover their land. The Guarani and their many allies around the world will fight for their land to be returned. The Guarani have endured a decades-long humanitarian crisis in which almost all their land has been stolen, their leaders murdered, and their means of survival destroyed. Like other tribal peoples across Brazil, they’re confronting a government whose policies and actions have the clear and genocidal aim of wiping them out.”