President Bolsonaro lost Brazil’s 2022 presidential election, and his successor, President Lula, took office in January 2023. This page is therefore not being updated, but Survival’s campaigns in Brazil continue, especially for uncontacted tribes, Land Protection Orders, the Yanomami, and others.

President Jair Bolsonaro is trying to turn back the clock on indigenous rights. He wants to strip their autonomy, sell off their territories for logging and mining and “assimilate” them against their wishes.

He once said: “It’s a shame that the Brazilian cavalry hasn’t been as efficient as the Americans, who exterminated the Indians.” Under his administration, an area of Amazon rainforest the size of a soccer pitch is destroyed every minute.

- encouraging the theft and destruction of indigenous territories, attacks against communities and killings of indigenous people;

- calling for forced contact and the “integration” of uncontacted tribes. This could wipe them out;

- pushing a notorious mining bill which would open up indigenous territories to large-scale mining, and schemes to steal indigenous land for agribusiness;

- backing the deadly "Time Limit Trick” which says that if indigenous peoples were not living on their land on 5 October 1988 – the date of the signing of Brazil’s constitution – they don’t have the right to live there. If approved, dozens of uncontacted tribes and hundreds of indigenous territories could be affected.

- encouraging the spread of COVID-19 in indigenous territories by failing to protect them from invaders and blocking health care plans to combat the virus in indigenous communities;

- planning to open up the land of uncontacted tribes to deadly exploitation, by scrapping the emergency orders that currently protect their territories.

- pushing draft bill PL490, known as the “Bill of Death”, which brings together the most dangerous elements of an array of draft bills and constitutional amendments aimed at stealing indigenous peoples’ lands. It includes the Time Limit Trick and it allows for forced contact with uncontacted tribes and the theft of indigenous territories for mining, agribusiness, and more.

These actions could wipe out dozens of uncontacted tribes and spell disaster for hundreds of thousands of indigenous people across Brazil.

Is the air the President breathes different to the air we breathe?

Brazil today is home to around 305 distinct indigenous peoples, including around 100 uncontacted tribes. All of them are now in danger.

Survival International has stood in solidarity with Brazil’s indigenous peoples for 50 years – for their survival, for the protection of some of Earth’s most biodiverse territories, for the health of our planet, and for all humanity.

We are fighting alongside them to defend their lives and lands. You can join the fightback against Brazil’s genocide now.

This is undoubtedly one of the worst moments for indigenous peoples since the military dictatorship.

Across Brazil, indigenous peoples are fighting back 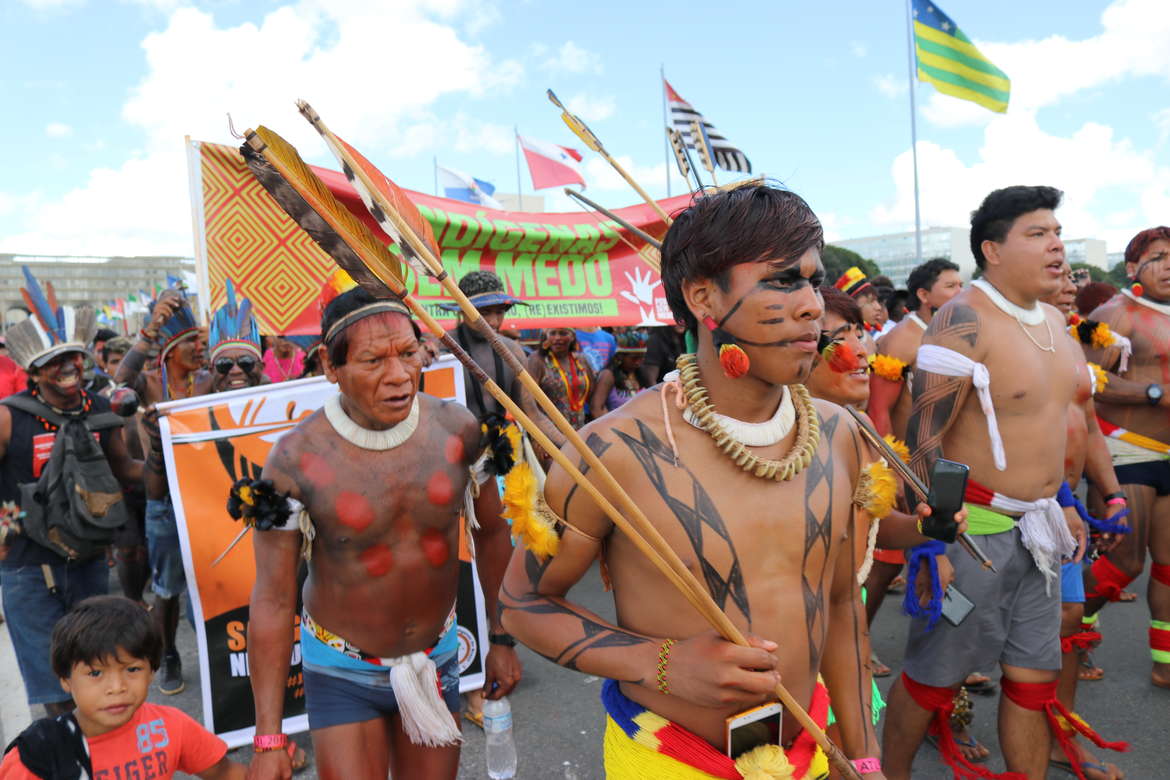 APIB, the Association of Indigenous Peoples of Brazil, said: “We have the right to exist. We won’t retreat. We’ll denounce this government around the world.”

Brazil’s indigenous peoples, their supporters and allies, and Survival International are fighting back as the President plots to steal their land, destroy their lives and annihilate them as peoples.

The biggest ever international protest for indigenous rights took place in Bolsonaro’s first month in office, and raising our voices together has already make a difference.

Bolsonaro has tried to cripple FUNAI, Brazil’s indigenous affairs department, and moved to make it easier for agri-business and extractive industries to exploit resources in tribal territories.

On his first day in office:

He moved FUNAI out of the Ministry of Justice and into his newly-created Ministry of Family, Women and Human Rights, where Minister Damares Alves, an evangelical preacher with a history of pursuing anti-indigenous policies, would have much influence over indigenous affairs.
He took the responsibility for demarcating indigenous land away from FUNAI and gave it to the Ministry of Agriculture. The department official in charge of land issues is Nabhan Garcia, who has fought against the demarcations of indigenous territory for decades.

It was a big victory for indigenous peoples and partners who support the indigenous fight, through the lobbying and activism we’ve done since the beginning of this anti-indigenous government.

He failed again. Indigenous groups protested in many parts of the country, occupying public buildings and highways in support of Sesai.

Only a week or so after the proposition was first floated, the government backed down and said that the indigenous healthcare system would not be abolished after all. 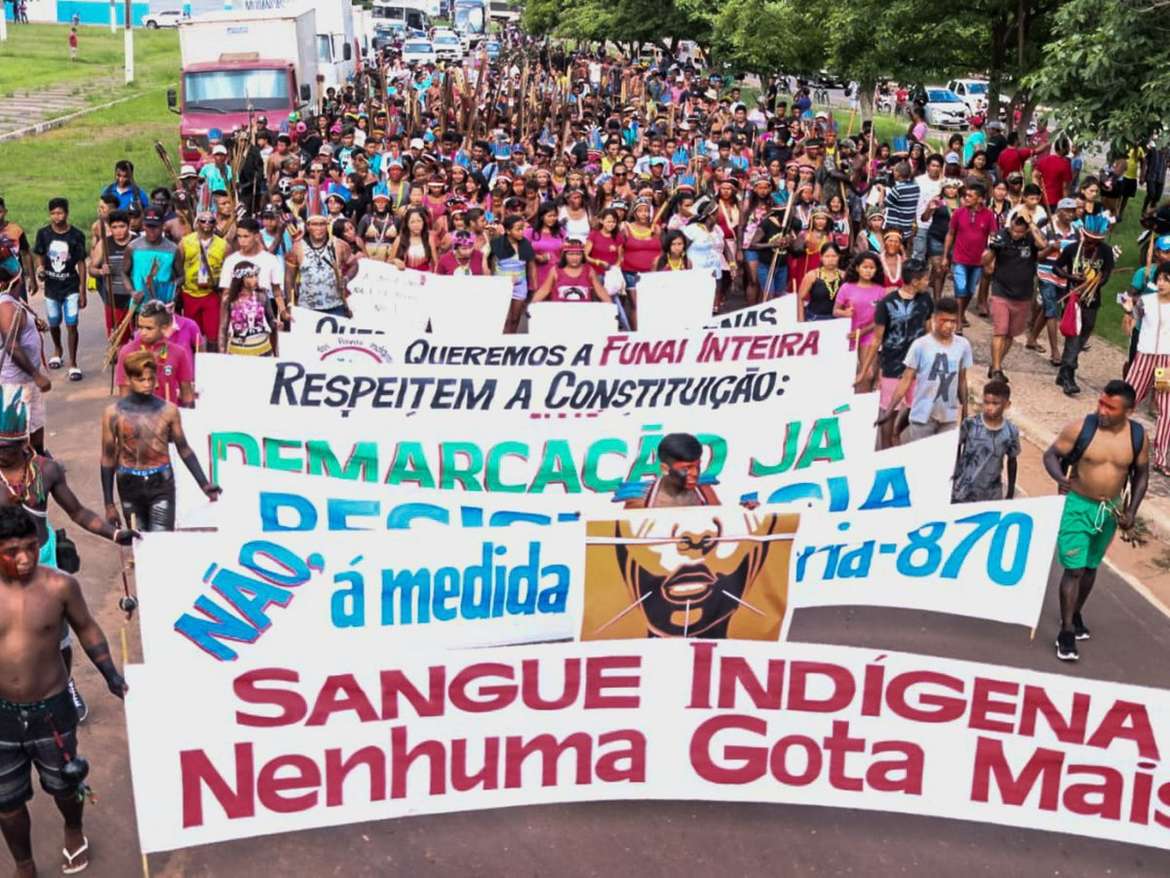 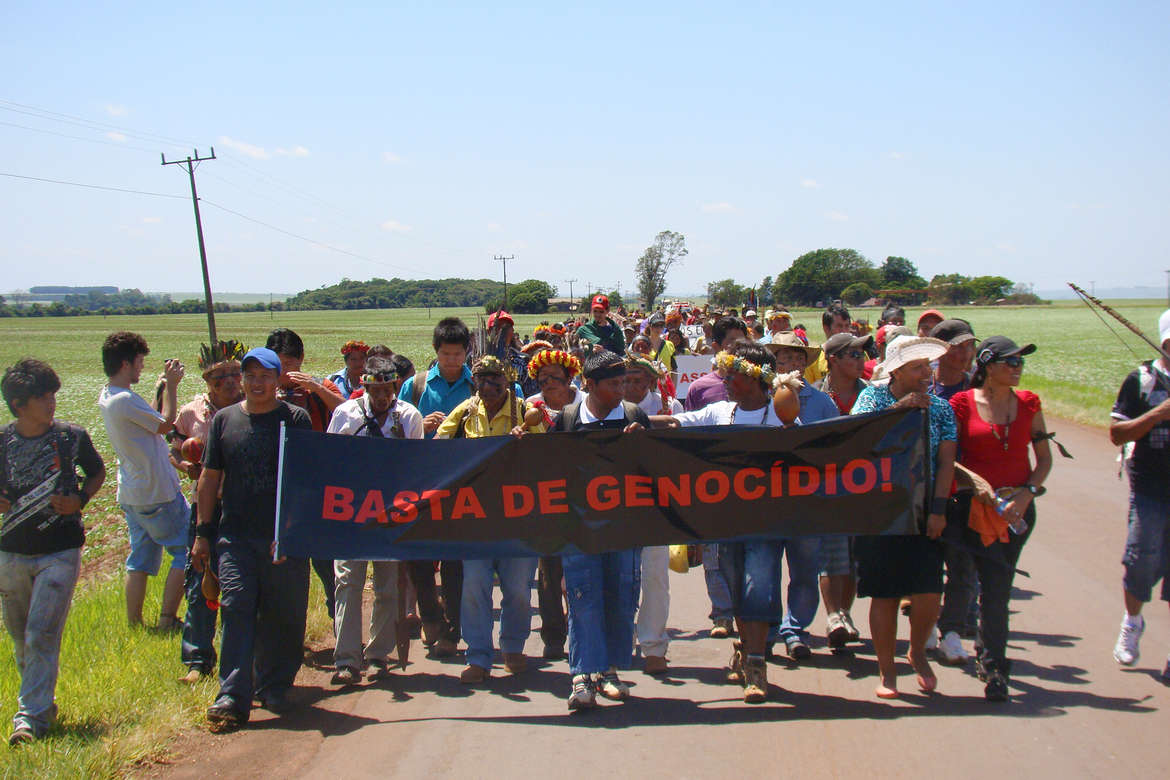 We will resist. If we’re the first people to be attacked, we’ll also be the first to react. 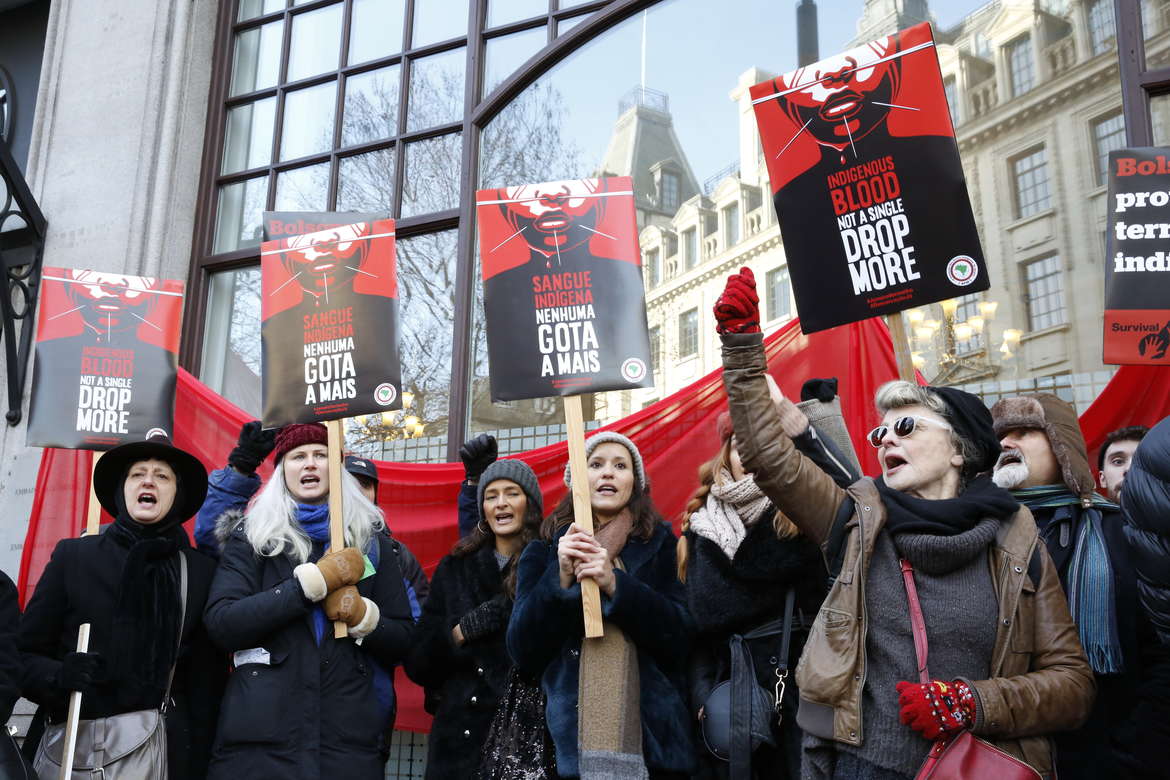 Survival has 50 years’ experience of effective campaigning that gets results. Since 1969, in partnership with indigenous peoples, we have run more than 50 successful campaigns in Brazil alone, and hundreds more worldwide.

We’ve stopped loggers, miners, and oil companies from destroying tribal lands, lives and livelihoods. We’ve persuaded governments to recognize indigenous rights. We continue to document and expose the atrocities committed against tribal people and take direct action to stop them. With your help, we can end Bolsonaro’s war on indigenous peoples: For tribes, for nature, for all humanity.