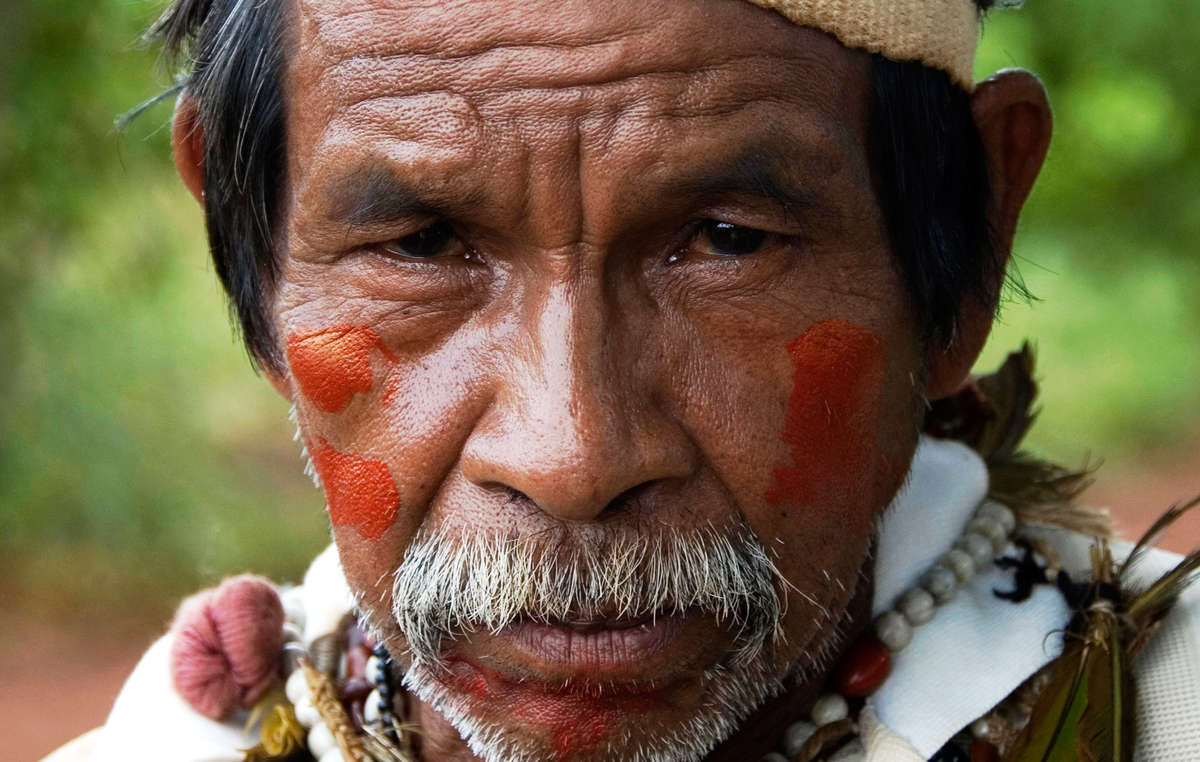 This page was last updated on November 25, 2010 and may contain language which is now outdated.

A large group of Guarani Indians in Brazil is being held prisoner by gunmen hired by ranchers. The gunmen have cut off the Indians’ access to food, water and health care since they surrounded their community one month ago.

The gunmen began to threaten the Guarani and prevent anyone from leaving or entering the area soon after the Indians returned to their ancestral land, which is now occupied by the São Luiz ranch.

Despite pleas from the Guarani for police assistance and urgent medical care, their community, known as Ypo’i, is still besieged. A team from the federal health ministry has allegedly refused to enter, citing ‘security problems’. Reports indicate that the only officials who have entered the community with the gunmen’s agreement is a team from Brazil’s Indian Affairs Department FUNAI, who delivered some food parcels.

Survival has written to the Brazilian authorities demanding immediate police action to lift the siege of the community.

The last time the Guarani of Ypo’i attempted to reoccupy their land, in October 2009, they were violently attacked by gunmen. The body of one community member, Genivaldo Verá, was later found dead and badly bruised in a nearby river.

Although extreme, the conflict is just one of many in which the Guarani of Mato Grosso do Sul state, in southern Brazil, attempt to recover small fragments of their ancestral land in the face of bitter resistance from wealthy ranchers and farmers who frequently resort to violence.

Most Guarani live in overcrowded reserves or in makeshift camps on the side of highways, as depicted in the recent film ‘Birdwatchers’.

Survival’s Director, Stephen Corry, said today, ‘Anyone unfamiliar with the Guarani’s appalling plight would be staggered that the authorities are prepared to stand by and watch a peaceful and defenceless community being held hostage in this way. The Guarani, though, have long known that their land is in the hands of people prepared to resort to violent intimidation to hold on to it – and that the authorities too often stand by and do nothing.’