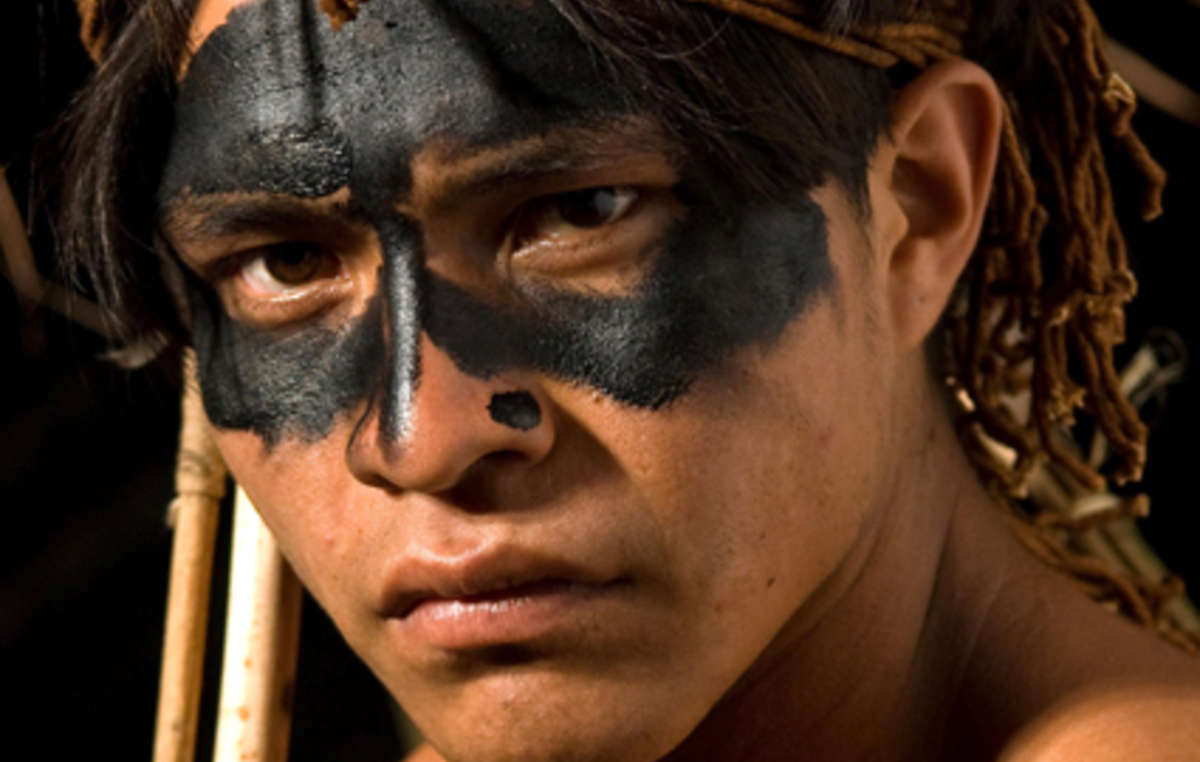 The 2008 Brazilian-Italian film ‘BirdWatchers’ highlights the plight of the Guarani Kaiowá people in Brazil. © Marie Hippenmeyer/Survival

This page was last updated on January 21, 2019 and may contain language which is now outdated.

Italian-Brazilian film ‘Birdwatchers’, which highlights the plight of the Guarani Kaiowá Indians in Brazil, has won the prestigious One World Media Award.

The jury said that it was ‘unanimous in voting as the winner this engrossing and beautifully made film’.

The film received excellent reviews also when it was premiered at the Venice Film Festival in 2008.

Birdwatchers shows how Guarani land is being destroyed to produce bio-fuels for cars and other vehicles, through a love affair between the daughter of a wealthy land owner and a young Guarani shaman apprentice.

Evicted from their land and suffering from terrible living conditions, like those of many real-life Guarani, the Guarani community in the film resolves to take back its land from the rancher who has occupied it. This attempt is met with violent repression.

230 Guarani, who had never acted before, were involved in the making of the film, which is written and directed by Chilean-Italian film maker Marco Bechis.

Guarani actor Ambrósio Vilhava said he hopes the film will result in the legal recognition of Guarani land: ‘This is what I most hope for: land and justice’.

Survival International has opened a fund in association with the film, to help the Guarani defend their rights, lands and futures.

The Guarani Kaiowá live in the Brazilian state of Mato Grosso do Sul. They have lost much of their land to cattle ranchers and sugar cane and soya planters, often in brutal evictions.

Many Guarani are forced to live in overcrowded reserves or in camps at the side of highways, where they have little food and clean water. They suffer extremely high rates of suicide, malnutrition, unfair imprisonment and alcoholism, and are regularly targeted and killed by gunmen hired by the ranchers who have taken over their land.

A report sent by Survival International to the United Nations earlier this year condemned the situation of the Guarani and called for the Brazilian government to map out and protect their ancestral lands as a matter of urgency.