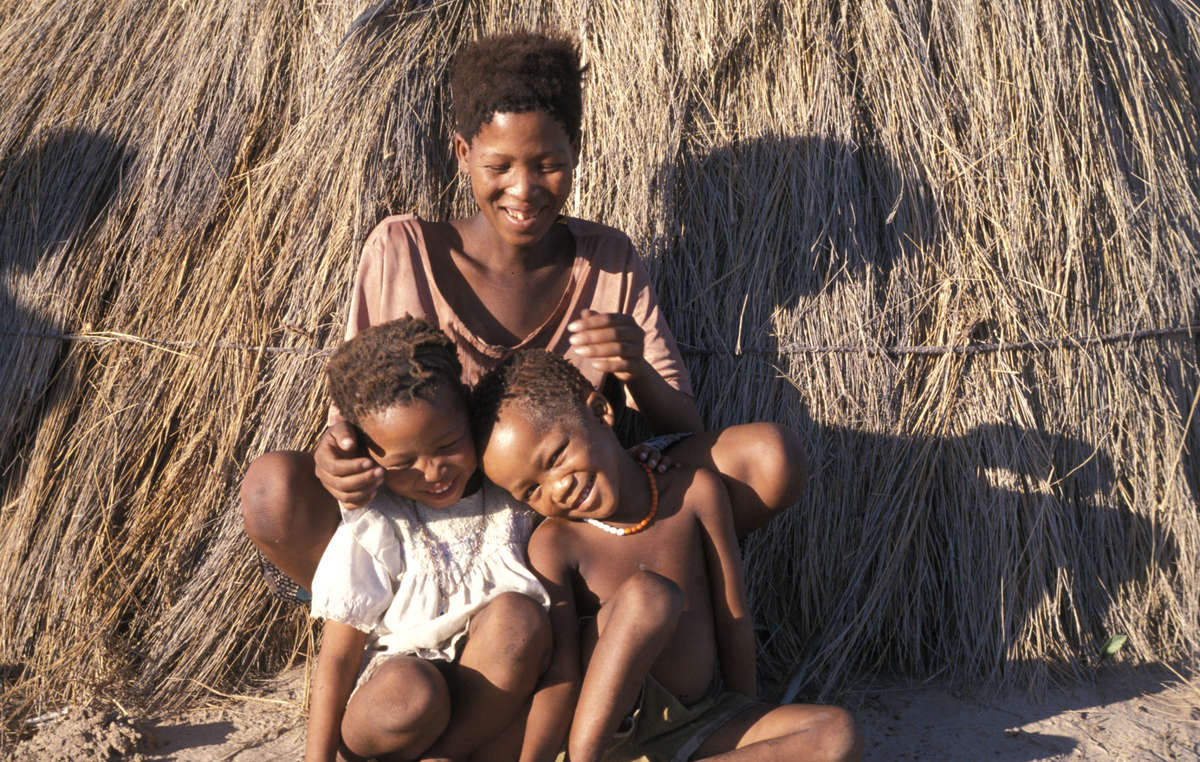 Bushman mother and children at Gope, before their eviction to a resettlement camp © Fiona Watson/Survival

This page was last updated on January 18, 2011 and may contain language which is now outdated.

Botswana’s government has green-lighted a massive $3bn mine in the Central Kalahari Game Reserve – in the middle of the Kalahari Bushmen’s appeal against the Botswana authorities’ refusal to allow them access to water there.

Gem Diamonds announced today that its application to open a huge diamond mine near the Bushman community of Gope in the reserve has been approved. The company claims to have secured the consent of the Bushmen on whose lands the mine will be located.

Survival, however, has repeatedly told Gem Diamonds that the Bushmen are entitled to independent advice on what the likely impact of the mine will be. No such advice has been given, and many Bushmen whose lands will be affected still live outside the reserve in resettlement camps after their 2002 eviction, as the government refuses to allow them to hunt or even access water in the reserve.

Survival and the Bushmen have always maintained that the Bushmen were evicted to make way for diamond mining. The government long denied this, claiming the diamond deposit at Gope was ‘sub-economic’.

A Bushman who wanted to remain anonymous said today, ‘Why does the government choose to issue the mining licence today, while our appeal for water is underway? It seems like this is their answer to our case. They are saying to us that even if we win our case and get water, the diamond mine will go ahead.

‘This is final proof that the government’s argument that they don’t want us to live in the CKGR to protect the wildlife is a lie. Who do they think will damage the wildlife? The people who have lived there for thousands of years, or a $3billion mine with roads, power lines, thousands of tons of waste and hundreds of people going to and fro?’

Survival Director Stephen Corry said today, ‘Gem Diamonds’ claim that the Bushmen have given their consent to the mine would be laughable, if it weren’t tragic. How can people who are denied water to force them out of the reserve possibly be in a position to give their free and informed consent? Particularly when no-one apart from Gem Diamonds and the government has told them what impact this massive mine might have on them? Survival said for years that the government wanted to open up the reserve for diamond mining. The government denied it – but we have sadly been proven right.’