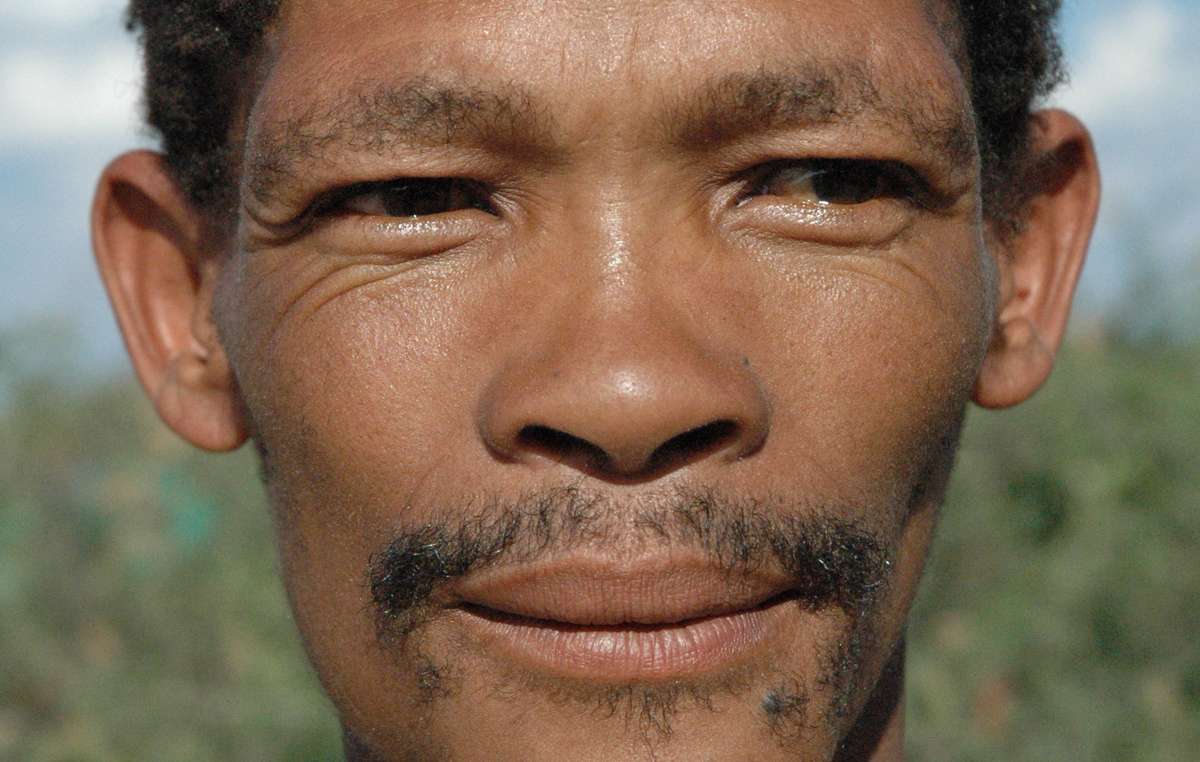 Kebonyeng Kepese has been arrested and beaten for hunting to feed his family. © Survival International

Paramilitary police have severely beaten two Bushmen, burying one in a shallow grave, after accusing them of hunting without permits in Botswana’s Central Kalahari Game Reserve (CKGR).

The two men were successful applicants in a landmark court case exactly six years ago that recognized the Bushmen’s right to live, and hunt, on their ancestral land.

However, since the Bushmen won the case, Botswana’s government has made the tribe’s life impossible, by unlawfully refusing to issue a single hunting permit.

One of the men, Nkemetse Motsoko, reportedly passed out after police held his throat and suffocated him, before throwing him into a hole and covering him in sand.

The interrogation of the second man, Kebonyeng Kepese, was less violent after he admitted killing the animal, but both men were badly beaten and held for three days.

A judge in Molepolole has fined them US$190 each, an enormous sum for the impoverished Bushmen.

The men have been bailed until February, but face an eight-month prison sentence if they fail to pay the fine. Their violent arrest is not an isolated case.

Reports of intimidation, searches and harassment are growing in the CKGR, particularly around Gope, where there are two paramilitary police camps.

Exactly six years ago, Botswana High Court recognized the Bushmen’s right to live and hunt on their land. © Survival International

Four Bushmen were arrested in July for hunting, and one of the leaders of Gope community, where Gem Diamonds’ mine is located, was arrested in September.

Without the ability to hunt, the Bushmen have no means of feeding their families.

One Bushman said to Survival, ‘We depend on the natural resources of the CKGR for our food. How are we expected to survive if we cannot hunt?’

Survival’s Director Stephen Corry said today, ‘The Botswana government has always treated the Bushmen with racist contempt, but after the court rulings it seemed like the persecution had eased off. Now, once again, harassment and oppression are becoming the norm for CKGR residents. The government’s previous persecution of the Bushmen did enormous damage to Botswana’s reputation – do they really want the international campaign to start up again?’