As demonstrators continue to flood Brazil’s streets, Brazilian Indians have joined protestors in calling for an end to the onslaught on indigenous rights by the government.

Davi Kopenawa, a spokesman for the Yanomami tribe, and the student movement Movimento Passe Livre (MPL), central to the recent protests, have spoken out against moves by the government to dismantle the Indians’ hard-won constitutional rights.

Davi said in a video message, ‘I am angry with the government’s mistakes. The Brazilian authorities are not interested in indigenous peoples living in peace, nor do they want to help the city people.’

He added, ‘In my world, nature is with me and she is listening. She is seeing the errors of the authorities of this country. They should respect our country, respect the peoples of the city, the communities and respect Brazilian indigenous peoples’ rights.’

The student movement MPL also expressed their outrage. In an open letter to Brazil’s President Dilma Rousseff, released before their meeting with her on 24 June, MPL wrote, ‘We hope that this meeting marks a change in the federal government’s position and that this will extend to other social battles: to the indigenous peoples, for example the Guarani-Kaiowá and the Munduruku, who have been attacked by landowners and public bodies.’ 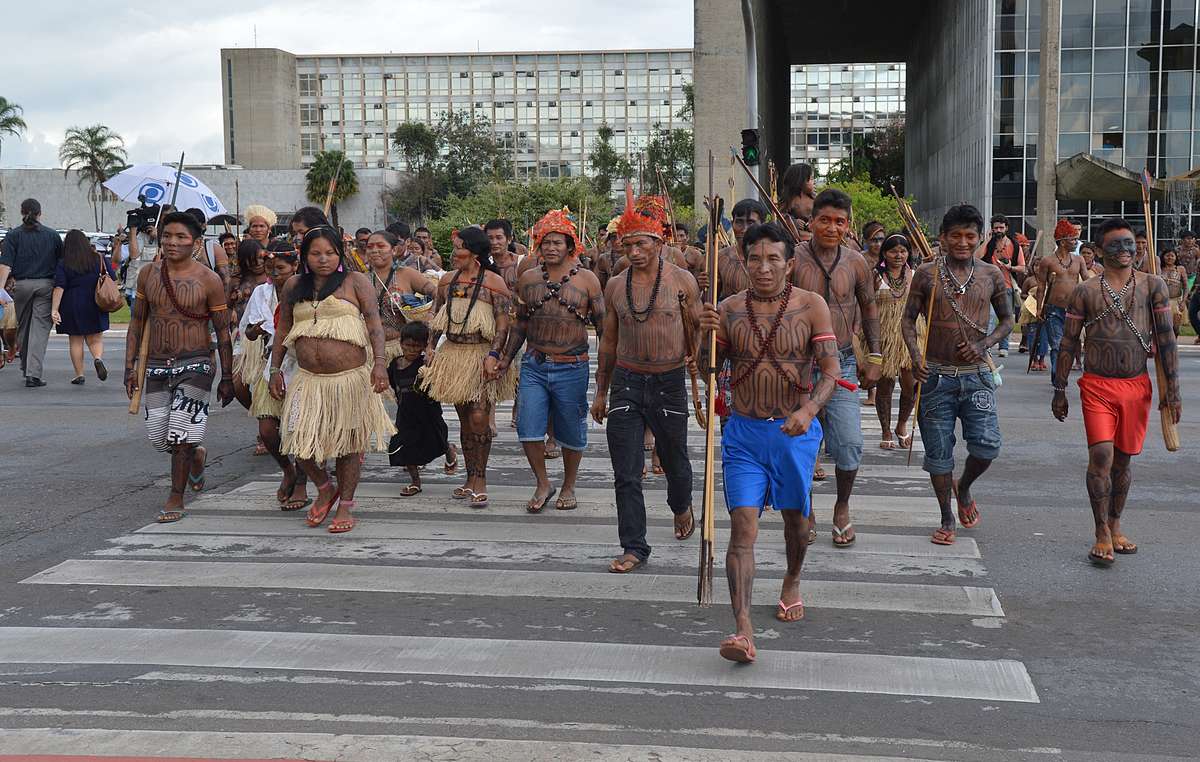 Brazilian Indians have protested across the country against a series of government projects which could seriously harm their lands and livelihood.
© Antônio Cruz/ABr

Three Indians have been killed in recent protests linked to land disputes. A Guarani man was killed by gunmen in June after his community reoccupied their ancestral territory, one Terena Indian was shot by police during a violent eviction from their land in the southern state of Mato Grosso do Sul in May and a Munduruku man was shot dead when police invaded a community last November.

After two-and-a-half years in office, President Dilma has not met with an indigenous representative, despite recent promises to meet with all protest leaders.

Survival has written to Pope Francis ahead of his visit to Brazil later this month, urging him to raise the critical situation of indigenous peoples with the government.

Stephen Corry, Survival International’s Director, said today, ‘Brazil’s Indians have not faced such an illegal and unconstitutional assault on their rights since the military dictatorship of the 1960s to 80s. As the country prepares to host the World Cup, a papal visit, and the Olympics, the authorities must demonstrate that they govern for all people, including Brazil’s first inhabitants.’