The Guarani frequently suffer violent attacks by gunmen after returning to their ancestral lands. © Fiona Watson/Survival

A Guarani Indian man was killed yesterday in southern Brazil, reportedly by gunmen working for the cattle ranchers who have occupied his community’s land.

According to the leader of Paraguassú community, Celso Rodrigues, 42, ‘was ambushed by two gunmen whilst he was walking near a stream. His father is very sad and angry, as am I… it is very sad to see our relatives die’.

Last August, the Guarani of Paraguassú reoccupied part of their ancestral land, known as Arroio Korá. They have since suffered numerous episodes of violence and intimidation.

A Guarani man at Arroio Korá told Survival, ‘Our families were forced off this land. We’ve decided to return; our food is our land. I have had to run from bullets several times. It really hurts that the ranchers continue to threaten us, but we have decided to stay here. The rancher would have to kill us all to make us leave’.

This latest incident illustrates the extreme tension and violence Indians in the state of Mato Grosso do Sul are enduring as a result of the government’s failure to map out their ancestral lands, in violation of the law.

Following the theft of their land to make way for cattle ranches and soya and sugarcane plantations, many Indians live in overcrowded reserves or roadside camps where they are subject to malnutrition, alcoholism and violence. 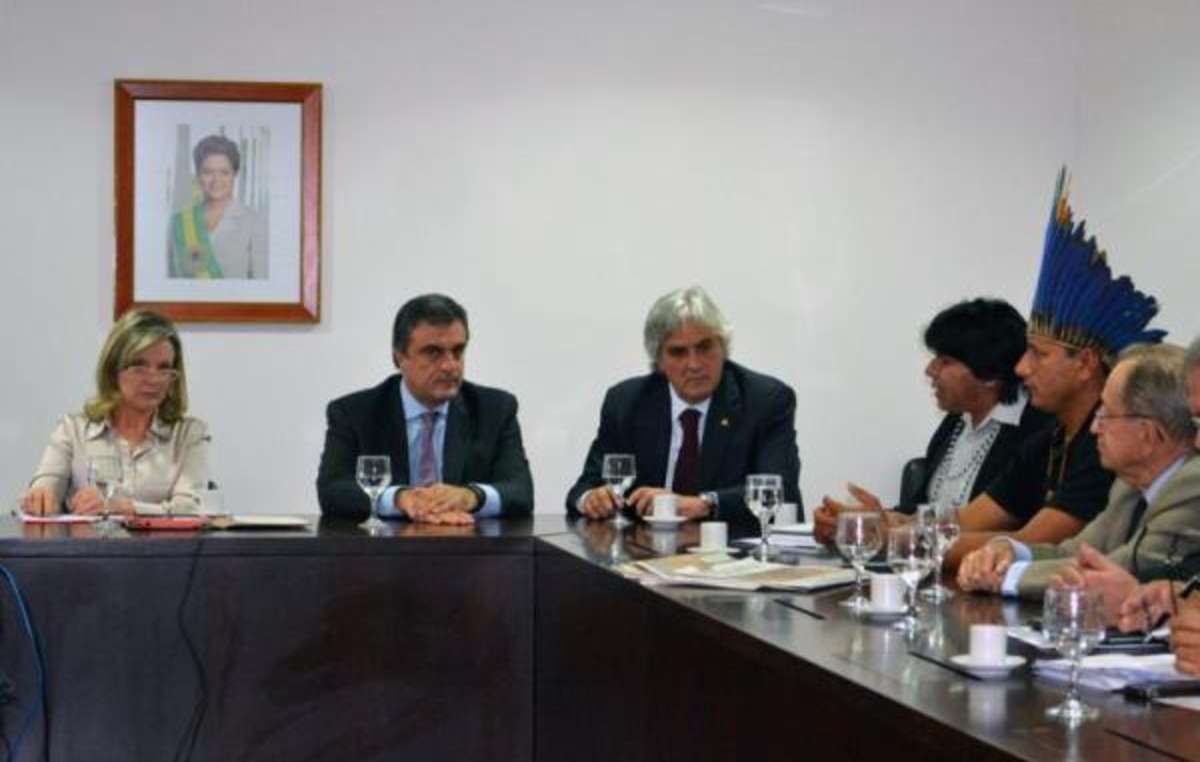 A delegation of Terena and Guarani Indians met with ministers on Wednesday to push for the recognition of their land rights. ©

Yesterday’s murder follows the killing of a Terena Indian by police last month.

Rodrigues was shot whilst a delegation of Terena and Guarani Indians visited Brasília to meet with top ministers and push for their land rights, which the government is threatening to weaken in a series of drastic and controversial reforms which are generating an outcry amongst tribes across Brazil.

The Guarani told Survival after the meeting, ‘The ranchers are becoming richer and richer, illegally, on our indigenous lands, whilst we indigenous people are going hungry and dying’.

Ranchers are planning an anti-indigenous rally in the region tomorrow.

Survival is urging the Brazilian government to fully investigate this murder and bring the perpetrators to justice, and is campaigning for the rapid demarcation of the Guarani’s ancestral lands. Without these lands, more lives will be lost.

Stephen Corry, Survival’s Director, said today, ‘Brazil is lauded as an economic success story; it is celebrated for rapid growth; it is accorded the honour of hosting the Olympics and the World Cup. But how many people know the murky truth? In the scramble for profit at any cost, hundreds of innocent lives have been lost, and thousands of livelihoods destroyed. This murder is part of a series of recent killings. What is the government doing to bring the murderers to justice and prevent further bloodshed? Next to nothing.’