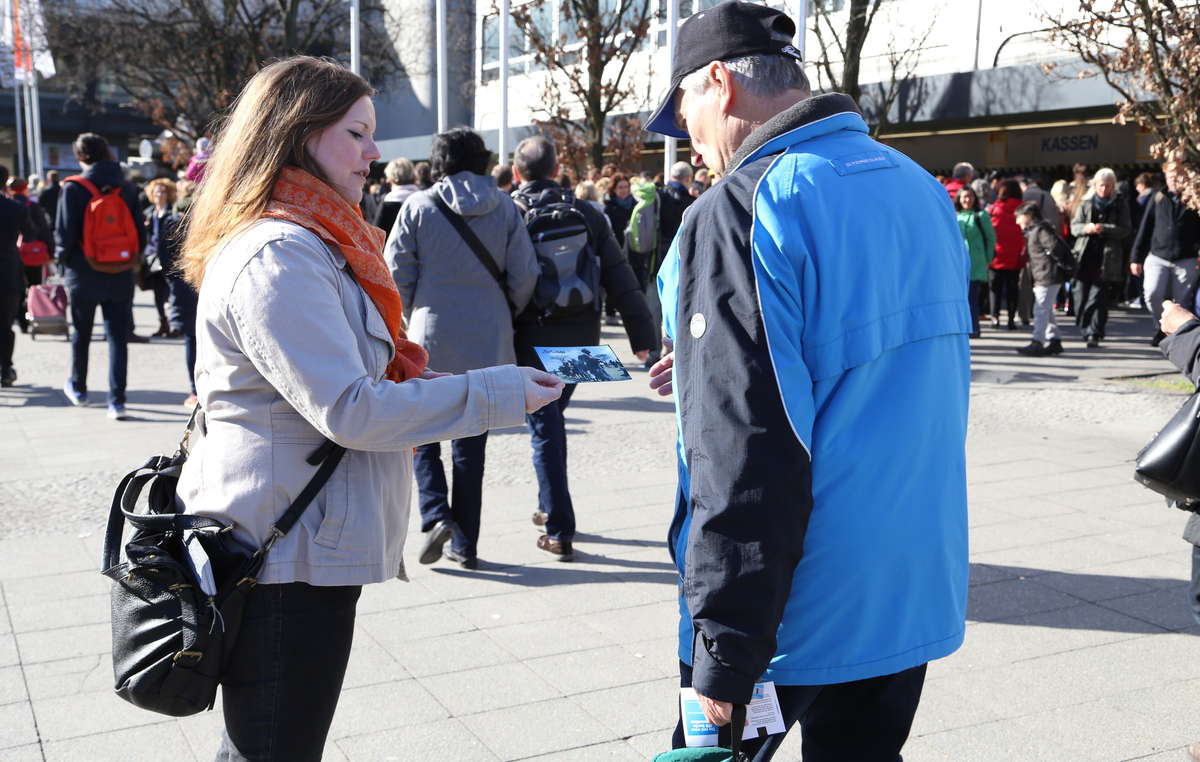 Protestors targeted visitors of the ITB travel fair in Berlin to highlight the persecution of Africas last hunting Bushmen by Botswana.
© Survival

Supporters of the Bushman tribe in Botswana have targeted travel fairs in New York and Berlin to highlight the persecution of Africa’s last hunting Bushmen by the Botswana government, following protests in London, Madrid and Milan.

Hundreds of flyers were handed to visitors and industry representatives at the New York Times Travel Show and the Internationale Tourismusbörse in Berlin, calling for a boycott of tourism to Botswana until the Bushmen are allowed to live in peace on their land in the Central Kalahari Game Reserve.

Botswana is using glossy images of the Bushmen to attract visitors to the country, meanwhile driving the Bushmen off their ancestral land by restricting the tribe’s access to the reserve and arresting and torturing them for hunting – the Bushmen’s main means of survival.

Botswana’s treatment of the Bushmen violates a landmark 2006 High Court ruling which upheld the Bushmen’s right to live and hunt in their reserve after they were brutally evicted by the government. 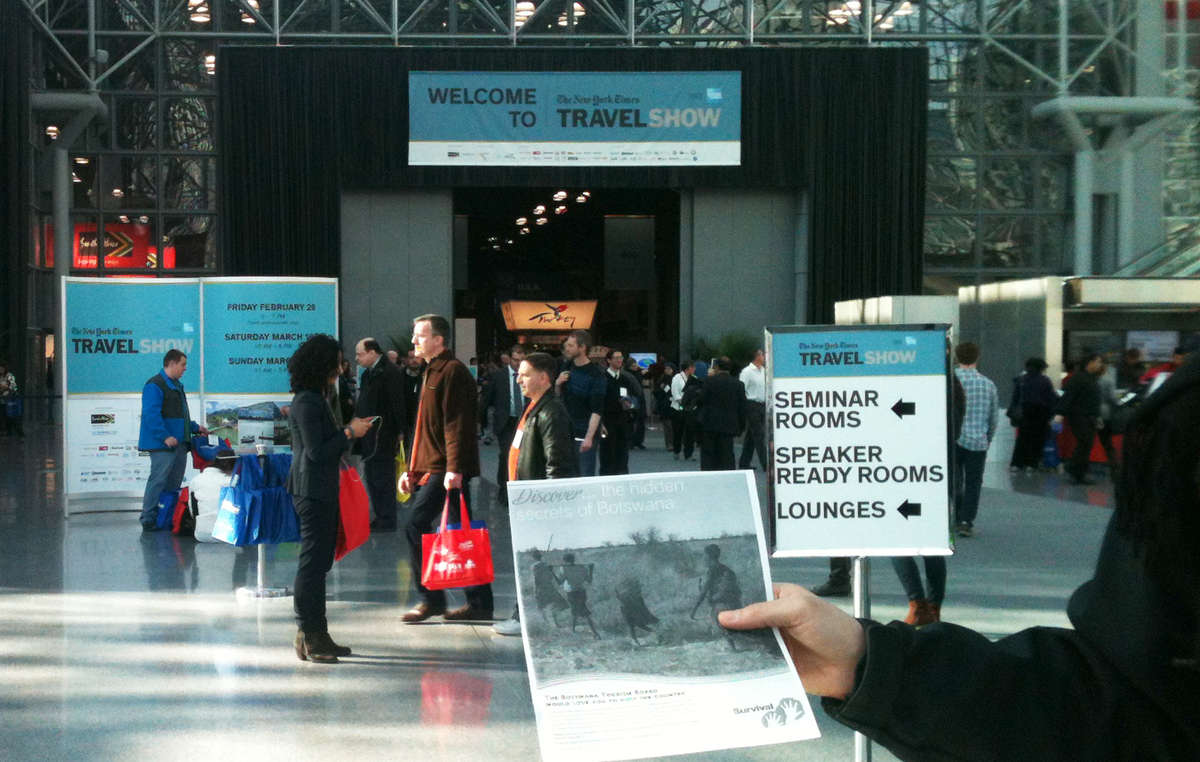 Flyers were handed to industry professionals and visitors to the New York Times Travel Show urging them to boycott Botswana tourism.
© Survival

Requirements to carry a permit on their land have been likened to the hated pass laws under apartheid South Africa, and Botswana’s treatment of the Bushmen has been denounced by renowned journalists such as the BBC’s John Simpson.

Survival’s travel boycott of Botswana has so far received the support of several tour companies and over 7,000 travelers from around the world.

Survival’s Director Stephen Corry said today, ‘These protests follow hot on the heels of President Khama’s announcement that Survival is blacklisted in Botswana. Yet another own goal for the Botswana government. Many Survival staff – including myself – have been banned from the country for years already, so Khama has only succeeded in drawing attention to his government’s readiness to silence all opposition. Blacklisting all those who criticize your regime begs the question, what does Botswana have to hide?’