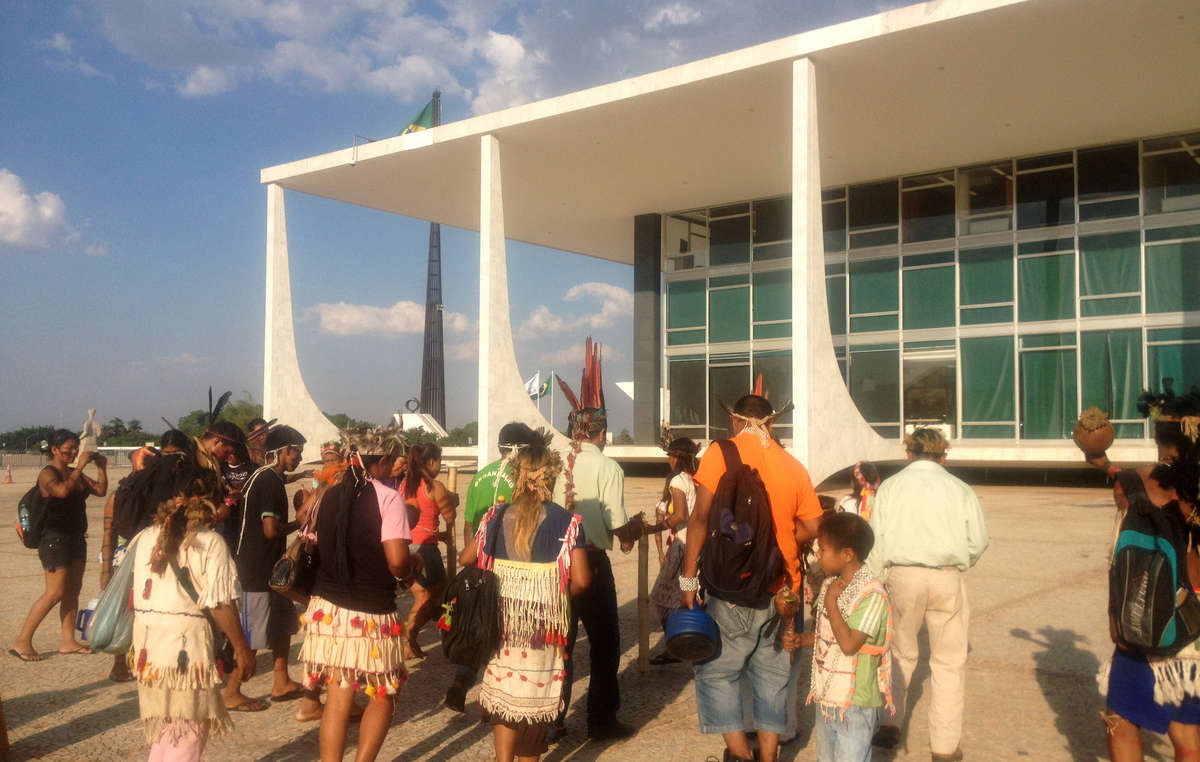 Forty Guarani leaders traveled over 1,000 km to Brasília to insist that the authorities map out their ancestral land. © CIMI

Forty Guarani Indian leaders have traveled over 1,000 km to Brazil’s capital to insist that the authorities map out their ancestral land before more of their relatives are killed.

The delegation expressed its dismay at a recent High Court ruling which, if upheld, will be a huge setback for the land campaign of one community whose internationally renowned leader, Ambrósio Vilhalva, was killed last year.

In response to the government’s failure to fulfil its legal duty to map out the Guarani’s lands for their use, the leaders declared “We can’t wait any more for the government to keep its promise… We will resist, and we’ll die for our lands.”

This resistance takes the form of land reoccupations, which often result in violence but which the Guarani see as the only way to return to their land. One community, Kurussu Mba, has been attacked by gunmen three times since it reoccupied part of its land last month and the Indians now face a court order threatening to evict them imminently. 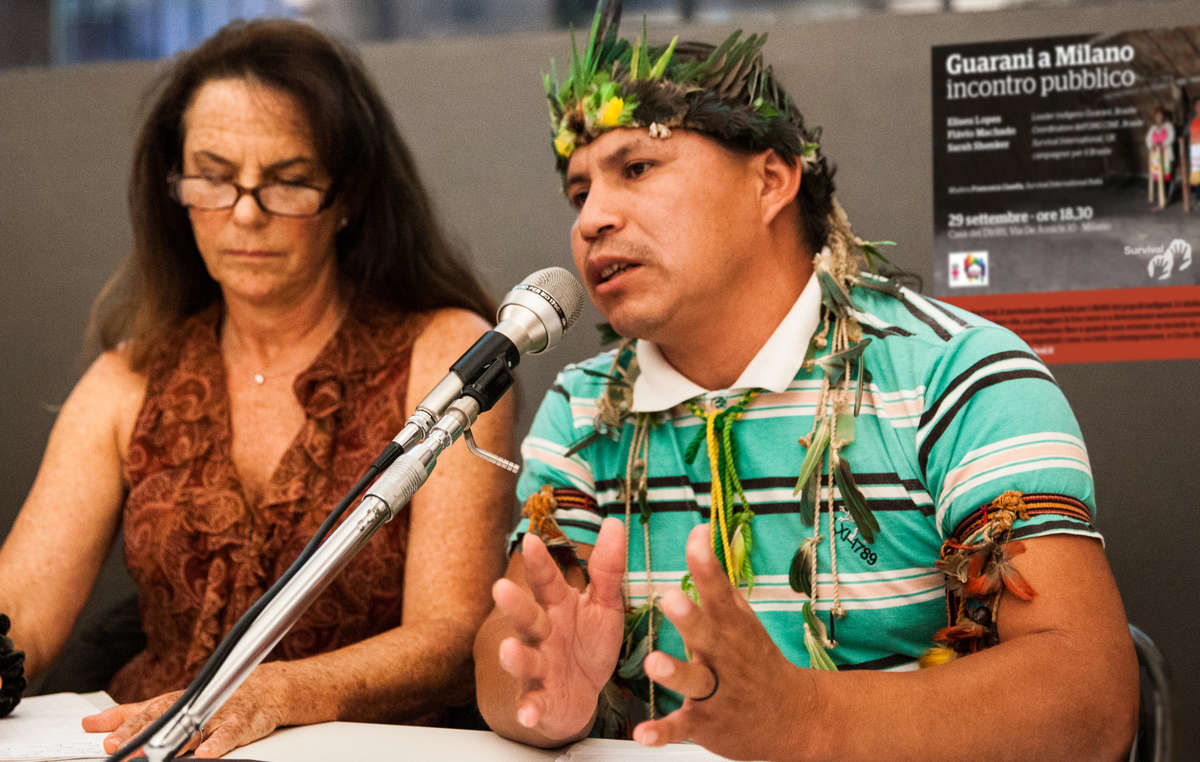 Thousands of Guarani in central-western Brazil are living in overcrowded reserves and perilous roadside camps, where they are attacked, killed and forced to endure malnutrition and one of the highest suicide rates in the world.

Meanwhile, ranchers earn huge profits from the sugar cane, soya and cattle on their ranches which occupy the Guarani’s ancestral homeland, and frequently send gunmen to attack the Indians.

Guarani leader Eliseu Lopes visited Europe for the first time last month, to seek international support for his people and their plight. He told Survival Italy, “For us, land is life, land is everything, but all our land has been destroyed… the government is not mapping out our lands, so we are taking matters into our own hands”.